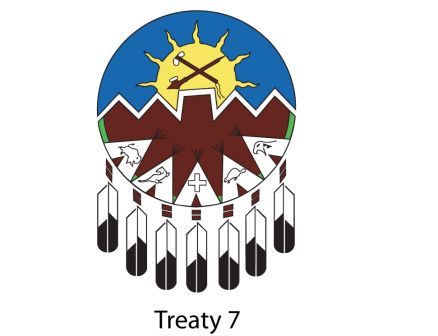 May 29, 2014 – Treaty 7 Chiefs continue calls for dialogue on revising Bill C-33, the First Nations Control of First Nations Education Act, despite heated debate that exposed a wide gulf among chiefs at the Assembly of First Nation’s Special Chiefs Assembly this week. Chiefs argued on both sides: some wanted to try pushing for significant amendments to the bill, while others felt the answer was simply to “kill the Bill.”

Treaty 7 Chiefs however, are willing to continue work with the proposed bill through amendments and appealed to keep pushing the government for meaningful engagement and strengthening the five conditions as set out by the Chiefs in December 2013 by setting stronger language and protections in legislation.

These Alberta Chiefs view “killing the Bill” as too extreme and question the move as the politicizing of “our children’s future” and the “legitimacy” of the AFN’s Confederacy of Nations that requires sanction by a majority of First Nations Chiefs.

“My commitment is to continue moving forward on First Nations Education – as we renew our position to truly consult on any legislation impacting First Nations,” said Chief Charles Weaselhead to Chiefs in Assembly. “We have rejected unilaterally imposed legislation but agree that we must have appropriation legislation to protect our constitutional and treaty right to education. We are very concerned about this proposed legislation, but I believe we must continue to be engaged and open to opportunity and building relationships. Our challenge is to realize true transformational change through common understanding of our goals and objectives that are based on full respect and reconciliation of our constitutional, treaty and internationally recognized rights in education and all other issues. That is why we need to be a part of the development of a First Nations Education Act.”

“Our government is extremely disappointed that the Assembly of First Nations (AFN) did not honour its agreement with the government,” read a statement from Aboriginal Affairs Ministry. “As we have said all along, this legislation will not proceed without the support of AFN, and we have been clear that we will not invest new money in an education system that does not serve the best interests of First Nations children; funding will only follow real education reforms.” The statement said, without AFN support, “the bill is now dead.”

The chiefs in assembly voted to back a motion saying the government “must withdraw Bill C-33 and engage in an honourable process with First Nations that recognizes and supports regional and local diversity to true First Nations control of education based on our responsibilities and inherent Aboriginal and Treaty rights.”

Another resolution called to “reject” the bill and “demand the government withdraw it immediately, ”calling on Prime Minister Harper’s government to “negotiate” a new agreement with the $1.9 billion  promised in connection with Bill C-33. The bill, introduced April 10, proposed to hand control of on-reserve education to First Nations, while also setting standards and providing additional funds. But Treaty 7 Chiefs said the bill fell short and was prepared without adequate consultation, and gave the federal government too much control of the system.

“The autonomy of Alberta First Nations has to be respected so we had concerns about the legitimacy of that statement made on our behalf,” says Chief Weaselhead. “Nevertheless, we need to continue this conversation and I believe that any threats do not help negotiations. We must take advantage of this opportunity to implement the Treaty Right to Education and address jurisdiction and liability issues.”

After careful consideration, the Chiefs believe that the proposed First Nations Control of First Nations Education Act should be reintroduced in the House of Commons. “We’ve come too far,” said Siksika Chief Vincent Yellow Old Woman. “It is time to address the chronic gap in funding of Indian education and should be supported by a statutory authority. Our schools cannot continue with chronic under funding and annual increases for education that are far less than annual provincial school funding. I don’t want our children to say that we failed to seize this opportunity. We have fought too hard for the promise we made to our future leaders.”

Alberta Chiefs in caucus agreed that the Indian Affairs Minister must work collaboratively with First Nations to develop a regulatory framework and be open to addressing suitable amendments to the proposed legislation that adds “solid language and protections.”

The introduction of Bill C 33 into the legislature on Thursday April 10, 2014 came as a surprise and contradicted the announcement on February 7, 2014. The Chiefs are expressing disappointment with Prime Minister Harper for not following through on the promises to include First Nations input made in the announcement.

“We felt lied to. We had high expectations and great hope for this appropriation legislation that promises collaboration created on the true spirit of our constitutional, treaty and inherent rights. It is time the Crown follows through on its commitment to move forward, not just reforming the status quo, but engaging transformational change in public policy – as committed by the Prime Minister and the AANDC Minister on February 7,” says Chief Weaselhead.

“We have to depoliticise First Nation education. It’s about our children. Not about politics. This is just a starting point, to fulfill the promise of true Indian Control of Indian Education, even if it means working incrementally to fulfill the vision of our ancestors and the promise we made for our children and develop a regional process on a nation-to-nation basis. We are continuing our plans to develop our own education act to assist in the planning and development of a new education authority and regional management organization.”

In media reports, Aboriginal Affairs Minister Bernard Valcourt vented his frustration over the AFN’s rejection of the proposed bill and hinted Ottawa may move ahead on the file without the support of the chiefs’ organization after its decision left the government with little choice.

“We invested tens of millions of dollars…to have this relationship rebuilt,” said Valcourt. “…We have to find a way to move this file forward because it is the kids, the students on reserves who are paying the price, not the chiefs.”

Be the first to comment on "Treaty 7 Chiefs say: Don’t Kill the Bill – Continue work on Education Reform"