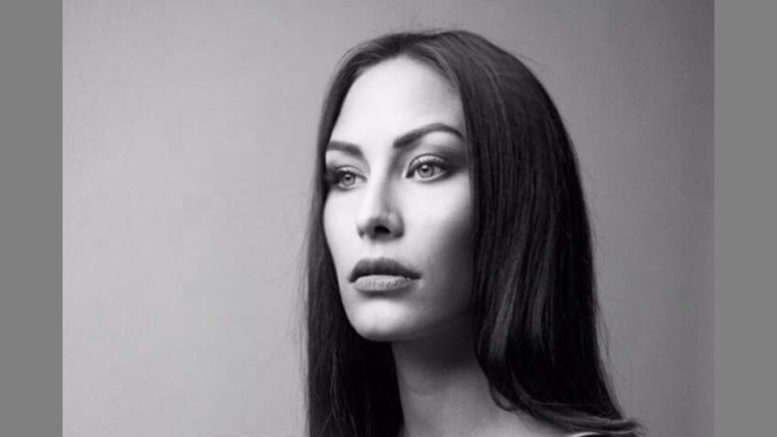 (ANNews) – Linsay Willier-Kendall, from Sucker Creek First Nation (Treaty 8) is a powerful voice in Cree society, and a pioneer in the Canadian High Fashion Scene. She lives in East Vancouver.

In an exclusive interview with Alberta Native News reporter Chevi Rabbit, she opens up about her life, struggles, and motherhood.

Linsay Willier-Kendall is an athlete, model, actor, motivational speaker, and mother of a blended family. She is married to well-known Canadian Basketball Player Levon Kendall – a former athlete turned certified permaculture designer and CEO of Food Scape in Vancouver. The power couple has had many successes, but they’ve faced difficult challenges as well – including the health journey of Kendall’s son, who was diagnosed with brain cancer in 2019. 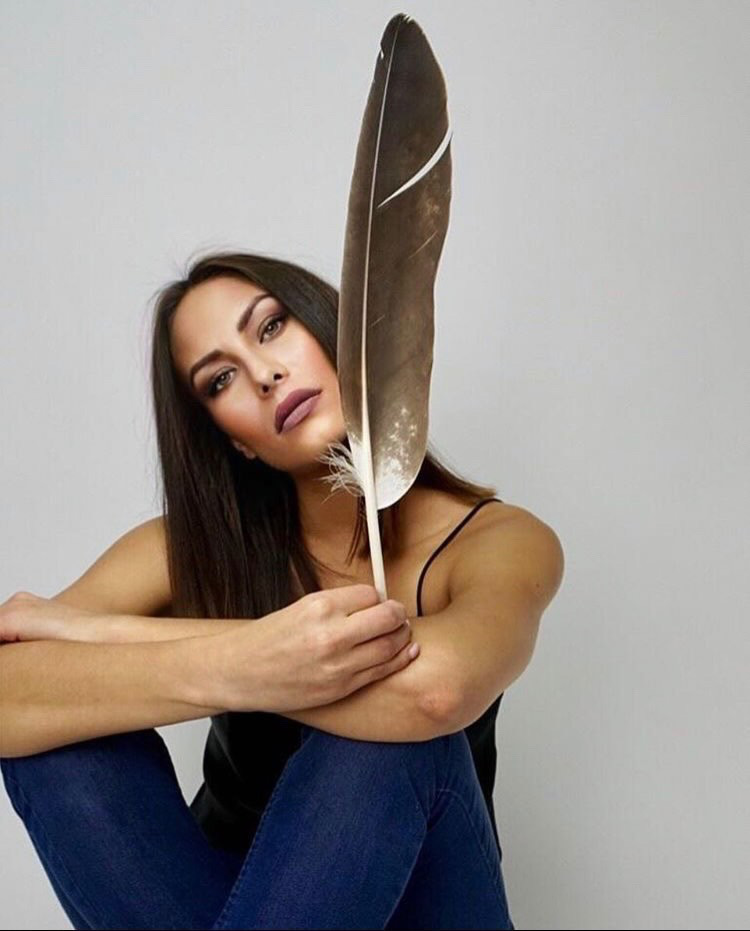 That experience strengthened the family, said Linsay, and they are now stronger than ever.

Willier-Kendall is an excellent example of a Cree celebrity who has used her fame as a platform to give back to Indigenous youth. A few years prior to becoming a finalist on the hit TV show Canada’s Next Top Model in 2009, she caught the eye of local designer Sandra Sing Fernandes, Director at Western Canada Fashion Week and Phabrik Magazine.

Linsay was one of the first Cree women to represent Indigenous women on Canadian mainstream television. By placing second on Canada’s Next Top Model, she was able to make great strides in changing the face of Canadian fashion and beauty standards at that time.

Growing up, Kendall-Willier was a tomboy and played sports. She said that her father encouraged his kids to play sports because playing hockey had helped him deal with the traumatic experiences that he experienced during his time at Residential School.

Linsay’s hockey skills helped her compete on Canada’s Next Top Model, she noted.

“On the show, I realized that years of playing hockey would transition me into modeling…The amazing thing about movement is that it releases happy hormones. So, while you’re moving, you are getting that hit of happy hormones, which helps you get out of a slump.”

Willier-Kendall reflected on the past, “I went to audition for the second season of Canada’s Next Top Model, and halfway through filming my audition tape, I totally psyched myself out and didn’t send in my audition.”

“Then the show aired, and I was watching it and I remember feeling that regret. I was like, oh, this regret is far worse than if I would have said that to the tape,” she said.

“So, I promised myself if there was another season, I would audition and go for it.”

“The third season I sent in the tape – and you know, I was chosen as a finalist,” explained Willer-Kendall.

“It changed my life from there on out!”

After trailblazing in the Canadian fashion industry, she shifted her efforts and fame to fostering confidence in Indigenous youth and youth suicide prevention.

“It’s been over a decade since I appeared on Canada’s Next Top Model,” said Kendall-Willier.

“I’ve genuinely been dedicated to Indigenous youth work and suicide prevention. I have connected with – it feels like the 1000 communities on turtle island. I just did a workshop this morning online with the community in Nunavut.”

“Truly looking back now, modeling, acting, and hosting is all wonderful, but my life’s work has been suicide prevention,” said Kendall-Willier.

After the show aired, Kendall-Willier said the feedback was immense. “And it’s so funny. I feel silly because I didn’t think about other people watching the show. I thought about my friends watching it, my family watching it.

“I think my horizons were not that wide yet. I didn’t realize back then that the show aired in 32 countries worldwide. So, I didn’t fully grasp how big it would be until I started receiving the response from people in other countries.” 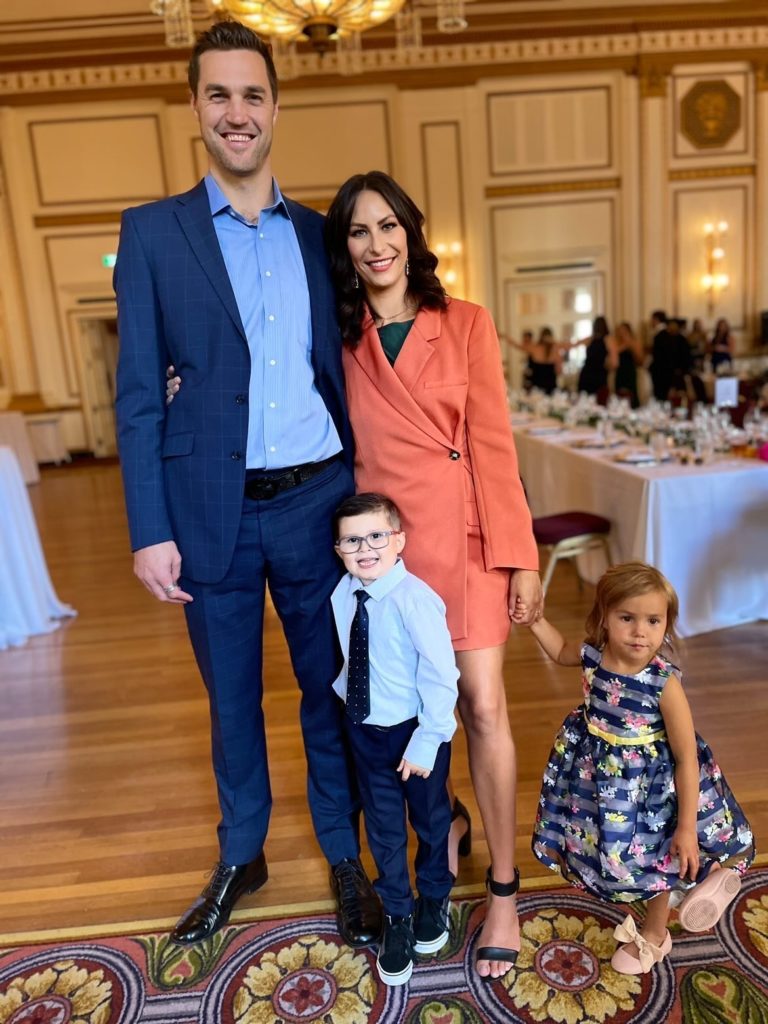 “Since then, I have become a mother to a blended family, and we have had our fair share of adversity,” added Kendall-Willier.

“I’ve gone through some very life-changing things. My daughter was born in September of 2018. And that, in itself, is a whole transformation.”

“Being a mother changes your outlook on life,” she said.  “And then, a couple of months after my daughter was born, our family was devastated when her brother, my stepson, was diagnosed with brain cancer.”

“Our whole family moved to Toronto so he could undergo treatment, brain surgery, and radiation,” said Willer-Kendall. “Everything was put on pause, our careers, we didn’t care about that, you know, it wasn’t in the forefront anymore.

“We took care of my new infant baby and were there for a four-year-old son going through such intense treatment. We were living in Toronto without family during treatment, in one of their coldest winters in 30 years, you know, it just changed priorities,” said Willer-Kendall.

“So we both feel like we are finally in a place where we can get back to our careers.”

After going through these challenges, Willer-Kendal has come back stronger,

“It makes your family stronger and he’s taught me so much,” she said. “Whenever a stepchild calls you, Mama, you know that you’ve earned it.”

Linsay says she is ready to get back to work as a model and actor and recently has become a very popular Social Media Influencer in Vancouver – proving that this mother can rise from whatever life throws at her.

Be the first to comment on "Top Canadian Model, Linsay Willier-Kendall returns after a family centred career hiatus"