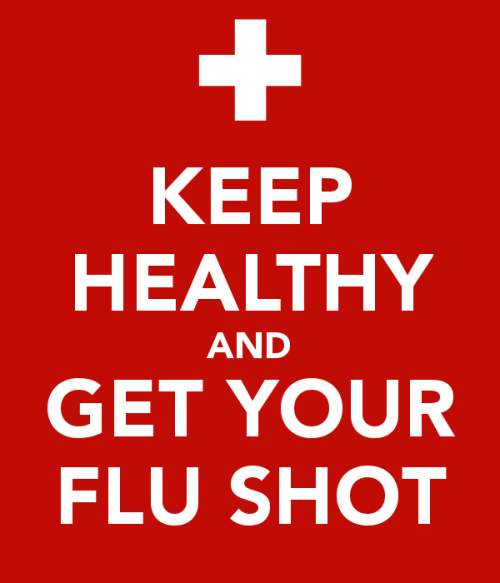 (University of Alberta) – It’s not “just the flu” anymore.

The illness that rears its ugly head every year at this time has claimed an increasing number of otherwise healthy adults who have gotten so sick they had to be treated in the intensive care unit (ICU), or died, according to a University of Alberta infectious diseases expert.

Lynora Saxinger, who works at the U of A Hospital, said that at least half the cases she’s seen in the ICU have been younger people.

“(They) were otherwise healthy, normal people who were unlucky,” she said.

She explained it used to be that only the elderly and people with weakened immune systems would be at risk of severe illness or death from influenza. But that all changed in 2009.

“H1N1 was a game changer,” explained Saxinger. “When it cropped up, we saw higher rates of disease. It tended to cause more severe disease in younger people and in pregnant women.”

She said although the H1N1 strain didn’t spread as widely as many expected when it broke out in 2009, it was a big deal in the health-care system because it caused a lot of stress in hospitals and ICUs during the pandemic. It’s also caused a little bit of extra stress every year since, because the strain is still around.

“I know people are like, ‘that wasn’t a big deal,’” said Saxinger. “It wasn’t a big deal if you or someone you knew didn’t end up in ICU. But lots of people actually did. And it tended to be more in the young, healthy people and not just in the elderly.”

Reduce the risk for yourself and those around you

Getting the flu shot isn’t a guarantee you won’t get the flu but it will reduce your risk of getting it by as much as 70 per cent. And it does provide protection against H1N1 and other current strains experts think are most likely to spread this season.

In addition to reducing your own risk, it also reduces the risk among those around you.

“Higher vaccination rates are associated with a lesser epidemic, which is associated with protection for people who either can’t get the vaccine or don’t have the immune response that we’d like,” she said. “It is, in fact, a very good reason to get it done.”

And, if you’re unlucky enough to get the flu after you’ve had your shot, you’ll have a much lower risk of dying or getting so sick that you have to be treated in the ICU.

“So it seems like a simple thing to do to reduce a real and ongoing risk,” said Saxinger, who added that washing your hands often also helps dramatically reduce your risk of getting the flu or a cold.

Good for pregnant women and their babies

Saxinger, who has an infant daughter, also strongly advises pregnant women to get the shot.

“The flu can be much worse in pregnancy. Every year since 2009, we’ve seen pregnant women in the ICU needing the most severe and aggressive form of life support we have,” said Saxinger.

She said many pregnant women fear the vaccine will harm their baby in some way. She assures them that’s not the case. In fact, she said getting the shot is actually good for the baby.

“Getting the shot helps everyone, including pregnant women, develop antibodies against influenza viruses. Pregnant women will pass on those antibodies to their baby, which is important, especially if the baby is born during flu season as well,” she said.

When are you contagious?

You’re contagious as soon as you start manifesting the symptoms of the illness, and for as long as you’re ill.

“It’s mostly the cough that is spreading the virus,” explained Saxinger. “While you’re coughing and ill, you’re generally still contagious. Lab tests show the presence of the virus in the chest for quite a considerable time, even when people are starting to feel better.”

You know you need to go to the ER when…

For healthy adults, it’s a good idea to go to the emergency ward if you’re having persistent problems in breathing or severe shortness of breath, having chest pains or getting confused, or if you start to improve and then you get a new cough and fever again, which could signal that you have a secondary infection on top of the flu.

For babies and young children, you’re looking for the same things in addition to not drinking fluids, not interacting, not eating and being dehydrated.

Otherwise, Saxinger said, it’s reasonable to ride out the illness by staying home, drinking fluids and getting lots of rest.

However, pregnant women, the elderly and those with a chronic medical problem or a weakened immune system should go get assessed as soon as possible. The assessment should include whether to be on antiviral medication, available only through a prescription.

If you are assessed properly and treated early enough, Saxinger said, your risk of experiencing severe symptoms is substantially reduced.

This article was originally published at UAlberta.ca.