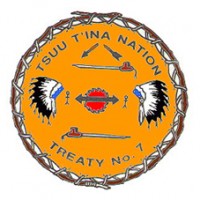 Calgary, Alberta July 10, 2017 – Today in Calgary, Lee Crowchild, Chief of the Tsuut’ina Nation along with government officials commemorated the start of construction on the southwest section of the Calgary Ring Road and the re-naming of a portion of the road “Tsuut’ina Trail.”

This work represents the start of one of two remaining sections of the larger Calgary Ring Road, which will make it easier for people and products to move across the City and the Province. Major construction got underway on the project in 2017 and the project is expected to be substantially complete and open to traffic in 2021.

“The Government of Canada recognizes that strategic investments in transportation infrastructure support local, national and international trade,” stated Minister Kent Hehr on behalf of Amarjeet Sohi, Federal Minister of Infrastructure and Communities. “This new highway will reduce congestion and commute times, so that Calgarians spend less time on the road and more time with their loved ones. When completed, the Southwest Calgary Ring Road, part of which will be named Tsuut’ina Trail, will increase access to goods and services and spur new development across the City.”

“Our government is proud to invest in the critical Southwest Calgary Ring Road project which will connect communities, enhance access to markets and services and make life better for Albertans, and we are extremely proud and honoured to name this section of the Southwest Calgary Ring Road, Tsuut’ina Trail, in honour of our partnership with the Tsuut’ina Nation and the land on which it stands,” added Brian Mason, Alberta Minister of Infrastructure and Minister of Transportation.

“This is more than the naming of a road,” noted Lee Crowchild, Chief of the Tsuut’ina Nation. “This will reflect in perpetuity how the paths of Tsuut’ina and Calgarians run together and that our past and futures are intertwined.  Given the critical role that Tsuut’ina played in the completion of this project, we look forward to the day when the entire ring road is named Tsuut’ina”

“Calgarians are proud of our long history that includes thousands of years of indigenous culture on this land,” concluded Calgary Mayor Naheed Nenshi. “I can’t think of a better name for this important piece of infrastructure than Tsuut’ina Trail. It is a reminder of our common path as neighbours and fellow citizens.”