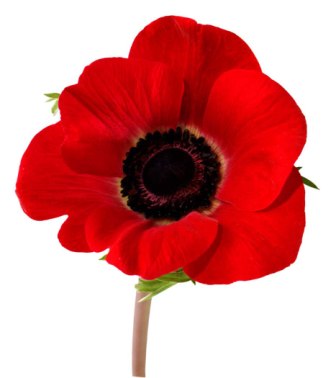 (ANNews) – The sky was grey and the morning air was cool, but the wind was slight and the walk was short. It didn’t take long to reach the long line of RCMP officers, clad in red-tunics, who stood quietly at attention near a police car that was positioned at the corner of the street. An even longer line of soldiers, airmen, city police officers, veterans and cadets stood in line behind the Mounties as they waited for orders to begin their march from the St. Albert Legion near Lion’s Park to the cenotaph in front of city hall.

The St. Albert 2015 Remembrance Day Ceremony attracted about 2,000 people, and that’s not including the hundreds of men and women who participated in the short march. More than a dozen wreaths were laid at the foot of the cenotaph, words of prayer and remembrance were offered by the clergy and everyone in the large crowd stood in silence as they honoured and prayed for those who’d perished while fighting for our freedom and way of life. 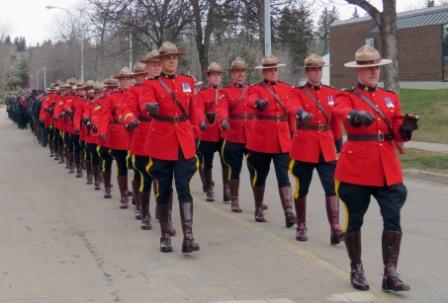 St. Albert Remembrance Day ceremonies began with a march down Sir Winston Churchill Avenue led by members of the RCMP.  Article and photos by John Copley

The gathering in St. Albert was just one of the thousands that took place across Canada as several million Canadians of all ages, colours and creeds gathered together in cities, towns and hamlets across the nation on November 11, 2015 to honour the brave men and women who sacrificed their lives on battlefields around the globe in order to protect what we value the most – freedom of movement, freedom of choice and freedom of speech.

Remembrance Day takes place annually on the 11th day of the 11th month and at the 11th hour; to correspond with the surrender of German forces and the end of World War I on November 11, 1918.  Until 2005 the once very popular annual ceremonies had diminished in attendance as more pressing modern-day issues demanded attention and action. But during the past decade and most noticeably since Canada’s role in Afghanistan and its continued service in other hotspots around the world, Canadians are once again hoisting the flag in large numbers as they step-up to remember the military veterans who have served and/or fallen defending the freedoms we share by living in a democracy. 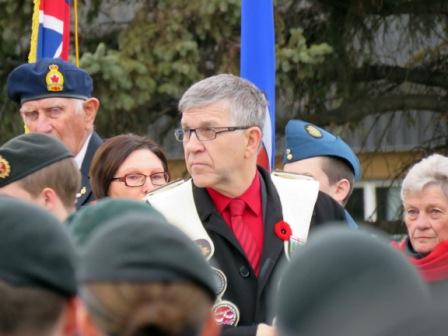 St Albert mayor Nolan Crouse and wife Gwen laid a wreath at the cenotaph on behalf of the City of St. Albert.

The largest ceremony in Alberta’s Capital Region took place at the University of Alberta Buttterdome, where Lt. Governor Lois Mitchell and Edmonton mayor Don Iverson welcomed the standing room only crowd that filled the huge building. The event also focussed on several historical moments, including the 100th anniversary of the writing of In Flanders Fields and the 75th anniversary of the Battle of Britain. This year’s Silver Cross recipient was Sherry Clark, the mother of Pte. Joel Weibe, who died in Afghanistan at the age of 22. 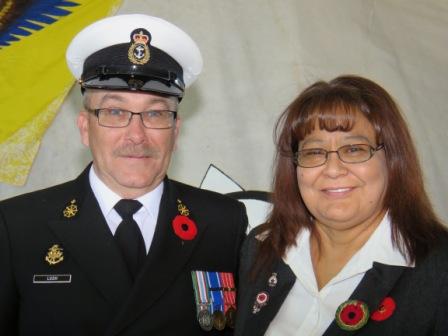 On Tuesday, November 10 a Remembrance Day ceremony that honoured veterans past and present took place at Amiskwaciy Academy. The morning ceremony not only honoured military veterans but also those serving as police officers, fire fighters, and other public servants who risk their lives daily keeping peace and protecting both property and individual/collective rights.

Métis Elder and veteran Don Langford spoke about what it was like for Canadian Aboriginal soldiers when they returned home after the wars, noting that “they were basically ignored and forgotten – one faction of government wanting to put the onus on another and so it went on until the turn of the new millennium.” That’s when Canada’s Armed Forces finally stepped up and for the first time officially recognized the contributions of Indigenous servicemen and women.

“It was about 14 years ago when Canada’s Armed Forces recognized the contributions by Aboriginal soldiers, sailors and airmen. They now allow First Nations servicemen to wear their braids and more recently, the Métis to wear their sashes. Aboriginal veterans are also allowed to wear their Aboriginal War Medal, which was created about a decade ago. 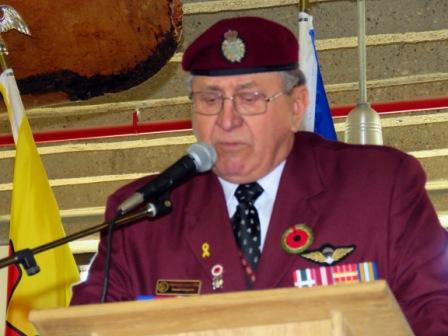 “When I joined the Aboriginal forces as a civilian, our job was to find ways to help make life a little easier for the serving Aboriginal servicemen. Fortunately, we had a lot of wisdom because there were a lot of Elders in that group. One of their goals was to find opportunities for Aboriginal youth included finding ways to encourage Aboriginal youth to consider military careers and that’s how Bold Eagle came about, a program that is in its 26th year right now. It’s an amazing program that operates out of Wainwright; it occupies about six weeks of your time and effort and the reward is about $3500. The program gets underway with a two-week culture camp so if you don’t know a lot about your culture, you will when you complete Bold Eagle.”

Explaining that a stint in the armed forces “is a worthwhile endeavour and an ideal opportunity to learn and grow and develop positive habits and lifestyles,” Langford also spoke about Canada’s two other opportunities for youth interested in pursuing a career in the military. 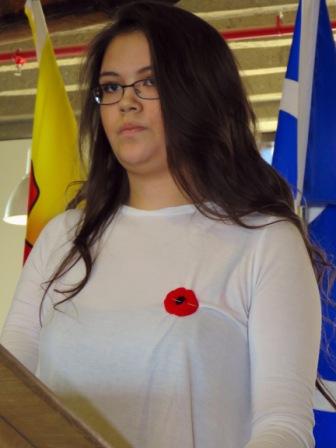 “Today,” concluded Langford, “I’d like you to think about our veterans and the sacrifices they’ve made over the decades to ensure that you remain free and living in a democracy that allows you to speak up and address the issues that affect you. While you think about that, think also about your own history, your own identity and how we’ve got to where we are today.”

Amiskwaciy student Sydney Spence took to the podium where she read a passage from In Flanders Fields, a eulogy of war written in May of 1915 by Canadian veteran and physician Lieutenant-Colonel John McCrae. 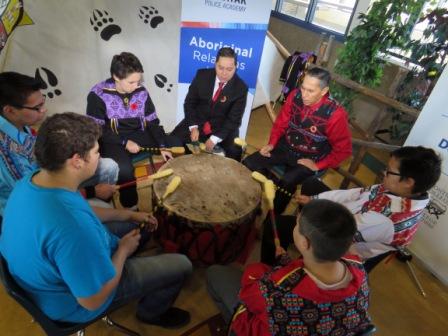 Elder Francis Whiskeyjack and six members of the Amiskwaciy Academy Drummers performed a rendition of the song, Soldier Boy; Social Studies teacher Mike Borewicki then addressed the students, teachers and visitors to talk about the importance of recognizing and honouring Canada’s veterans. Before calling for a prayer, Borewicki talked about Remembrance Day and enlightened the gathering by explaining how this special day came to pass, noting that “we take this time to honour all veterans, past and present, for the sacrifices they’ve made to ensure our way of life.”

The prayer concluded with the sounds of a distant trumpet as its somewhat eerie, yet spine-tingling reverberations delivered the Last Post, a tune that was originally created to signal that the final sentry post had been inspected, and the camp was secure for the night. In addition to its normal garrison use, the Last Post call had another function at the close of a day of battle; it signalled to those who were still out and wounded or separated that the fighting was done, and to follow the sound of the call to find safety and rest.