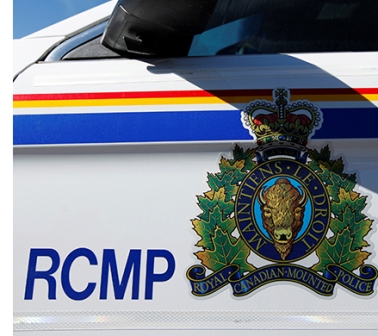 An RCMP report released this month confirms that Aboriginal women are much more at risk for becoming victims of violence than other women in Canada and it accentuates the urgent need for action.

On May 16,2014 the RCMP released a report entitled: National Operational Review on Missing and Murdered Aboriginal Women.  With the assistance of Statistics Canada and close to 300 policing agencies across Canada, the RCMP has taken a leadership role on behalf of all Canadian law enforcement to produce the most comprehensive account of missing and murdered Aboriginal women in Canada to date. 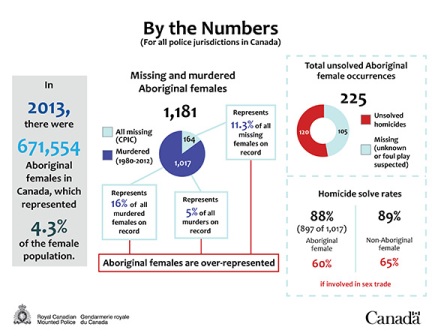 “Every file we reviewed represents a mother, grandmother, daughter, sister, aunt or friend,” said Bob Paulson, Commissioner of the RCMP. “We cannot lose sight of the human aspect of these incidents and we call upon partners and communities to work together to find solutions to this issue.”

In response to the report, Assembly of First Nations (AFN) Regional Chief for Alberta Cameron Alexis expressed the urgent need for action on ending violence against Indigenous women and girls, including the importance of achieving justice for the family and friends of victims.

“Today’s RCMP report reaffirms the magnitude of the crisis of missing and murdered Indigenous women in Canada and clearly indicates the urgent need for action by many different players, including First Nations, governments, police services and others,” said AFN Regional Chief Alexis, who leads the AFN work in the area of justice and policing.

The report released by the RCMP in Winnipeg identified that Indigenous women are much more susceptible to violence than other women in Canada.  The report says that 1,017 Aboriginal women were murdered from 1980 to 2012, and that another 164 of them had gone missing, and that Aboriginal women represented 16 per cent of all female victims of homicide in Canada during the period studied. 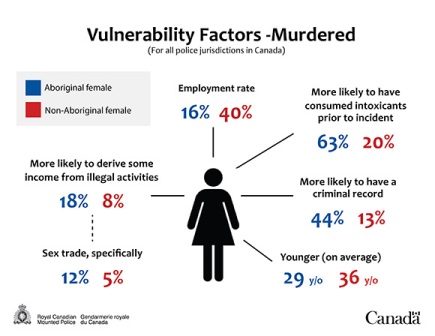 “A national shame and a national tragedy, Indigenous women are vastly over-represented in the numbers of missing and murdered women and girls,” said Regional Chief Alexis.  “We are demanding immediate action based on these concrete facts and numbers so that not one more woman or girl is victimized and that no family member has to spend another day without answers.  Ending violence against Indigenous women is an urgent priority for First Nations across the country and today’s report should compel all Canadians and the federal government to support immediate action. The AFN continues the call for a coordinated National Action Plan, including a National Public Commission of Inquiry, as well as immediate direct investments in shelters and preventative support measures to keep the most vulnerable of our citizens safe and secure.”

The report comes just days after First Nations women and supporters gathered on Parliament Hill for a 24-hour ceremony honouring victims of violence, and the release of a report from United Nations Special Rapporteur James Anaya supporting a National Inquiry on Missing and Murdered Indigenous women.

“While there have been many reports and findings to date, a National Public Commission of Inquiry would demand immediate action, build on existing data and address the reasons why existing recommendations haven’t been already implemented,” said Regional Chief Alexis, adding that an Inquiry is critical for accountability and to achieve real change.  “In order to be effective, a National Inquiry must be grounded in a strong actionable national strategy and plan for implementation and be fully inclusive of the voices of Indigenous communities and the families of murdered and missing women.”

Given the urgency and demand for immediate action to end violence against Indigenous women and girls, AFN continues the call for action in priority areas:

“This research has done more than just provide numbers,” added Janice Armstrong, Deputy Commissioner, Contract and Aboriginal Policing. “It has identified key vulnerability factors for the victims as well as valuable information on the perpetrators. With this additional information, police and our partners can better focus prevention initiatives in high-risk communities, to help reduce violence against Aboriginal women and girls.”

“The RCMP remains committed to resolving the outstanding cases, and seeking closure and justice for families and friends of all Aboriginal women who have gone missing or have been murdered in Canada,” she concluded.  “Violence against Aboriginal women is a societal concern for Canada that goes beyond the law enforcement community.  We are working with our partners to prevent future tragedies.”

Be the first to comment on "RCMP confirm the numbers: Over 1000 Missing and Murdered Aboriginal Women"