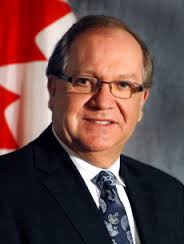 These discussions led to a unanimous rejection of the federal education bill in a meeting that brought together leaders from across Canada.

The Assembly of First Nations Confederacy of Nations, the governing body between the assemblies of the Chiefs provided with strong oversight powers, concluded a full agenda of discussion which led to a resolution that rejected Bill C-33. The Confederacy also assumed full control of all matters relating to education and Bill C-33 and will report to the Special Chiefs Assembly on May 27.

“This historic meeting of the Confederacy of Nations sees our leaders from across the country come together in unity to discuss the federal education bill, and as anticipated it was unanimously rejected,” said Chief Isadore Day of Serpent River First Nation who moved the motion to initiate the Confederacy. “This historical meeting of our leaders is necessary and aims at unifying on a single cause and are providing direction on the future of the education of our children and the future of our nations.”

The move was first brought after the resignation of Chief Shawn Atleo as National Chief.

The call for a meeting of the Confederacy of Nations was made by Ontario Regional Chief Beardy following the resignation of Chief Shawn Atleo as AFN National Chief.  Chief Beardy explained the urgency of the situation, “As you are aware, Bill C-33, the Harper government’s proposed First Nations Control of First Nations Education Act went up for its first debate on second reading in the House of Commons on April 30 despite it not going for national debate of First Nations by the chiefs in this country.”

The AFN executive responded by scheduling a Confederacy of Nations meeting. “We have invoked AFN Charter provisions that give the First Nations across this country a say about matters of great importance. Up to this point, the Minister of Aboriginal Affairs and the National Chief’s office have unilaterally pushed Bill C-33. Where the executive has not been able to stand prudent on behalf of First Nations, the Confederacy reps will assert and stand firm,” said Chief Day.

Minister of Indian Affairs and Northern Development Canada Bernard Valcourt responded to a question posed by NDP MP Jean Crowder Thursday regarding a motion passed at the recently duly convened meeting of the Confederacy of Nations by stating that members of the House should “condemn, in the strongest terms, the threats of those rogue chiefs who are threatening the security of Canadians, their families and taxpayers.” The Minister then went on to say that the Chiefs gathered were not concerned about the education of their children and future generations nor were they the “good, hardworking Chiefs.”

“Valcourt’s slanderous accusations are founded on rumours and innuendo. The historic resurrection of the Confederacy of Nations that took place was a legitimate representative gathering of First Nation leaders from across the country as mandated in the Charter of the Assembly of First Nations,” Chief Beardy said. “The representative delegates of the Confederacy agreed to not only reject Bill C-33 but to form a committee to enter into discussions with the Minister on a viable alternative to the Bill. There was no statement, letter, motion or resolution from the Confederacy threatening any of our Treaty partners in Canada. Quite frankly we are very disappointed that the Minister would take his talking points from rumours spread by media who were not even present at the meeting.”

“He has branded himself a rogue Minister. You cannot reason with him. All he wants to do is push his legislation through and not listen to the majority of the First Nations who have been rejecting it from day one,” Beardy said.

There were over 50 delegates representing seven regions present, constituting a quorum for the convening of the Confederacy meeting.

The Confederacy resolved to establish a coordinating committee of Chiefs, one from each region, to conduct business until the reconvening of the quarterly meeting of the Confederacy on May 28, 2014.

Here is the exchange from Question Period in the House of Commons on Thursday, May 15 2014:

Ms. Jean Crowder (Nanaimo—Cowichan, NDP): Mr. Speaker, today, for the first time since 2004, the Confederacy of Nations is meeting. Fifty first nations delegates from all over over Canada will discuss their concerns about the education act, Bill C-33. They want to sit down with the Minister of Aboriginal Affairs and Northern Development and discuss fair and equitable funding for first nations’ education.

Will the minister agree to meet with the Confederacy of Nations?

Hon. Bernard Valcourt (Minister of Aboriginal Affairs and Northern Development, CPC): Mr. Speaker, I think members of the House will agree that we should have members condemn, in the strongest terms, the threats of those rogue chiefs who are threatening the security of Canadians, their families, and taxpayers.

I will meet with these people when they unequivocally withdraw their threats to the security of Canadian families, taxpayers, and citizens.

Ms. Jean Crowder (Nanaimo—Cowichan, NDP): Mr. Speaker, we are talking about first nations chiefs from coast to coast to coast who have legitimate concerns about education. If they thought their concerns were being addressed, they would not be requesting this meeting with the minister.

Bill C-33 was supposed to provide first nations’ control over education. Instead, it will only serve to extend the reach of the minister.

The Confederacy of Nations wants to talk about real first nations’ control of education, where first nations have the necessary resources to provide a modern education for their children. Will the minister meet with these chiefs?

Hon. Bernard Valcourt (Minister of Aboriginal Affairs and Northern Development, CPC): Mr. Speaker, again, contrary to the New Democratic Party, I do not believe that these chiefs represent the majority of the chiefs and councils throughout Canada, who I know and have met many times, who care about reconciliation and who care about their children and their education. I do not think this group is representative of the majority of first nations, and I trust that the good, hard-working chiefs will speak up.