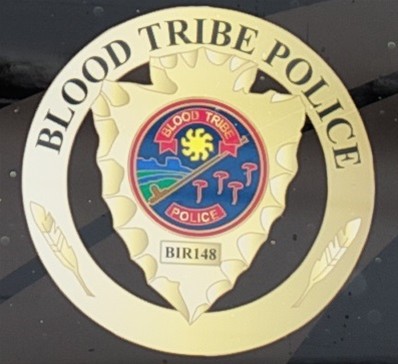 The government is offering $150,000 in funding to the Blood Tribe, Tsuut’ina Nation and Lakeshore Regional police services to hire five new officers for each of their independent police forces, as well as $30,000 to assist municipalities and First Nations who want to establish their own police forces in preparing a business case to submit to the feds.

“We have always felt that the more connected law enforcement can be to its community, the better. We’ve been getting messages from many Indigenous communities in Alberta that would like to establish police services in their own communities,” Alberta Minister of Justice Tyler Shandro said at a June 23 news conference announcing both funding commitments.

“These professional evaluations can be costly, and our government feels that these costs should not be a barrier for communities seeking to provide better law enforcement services.”

Blood Tribe Police Commission chair William Wadsworth said the funding is “much needed as our communities are growing in numbers, but at the same time we are experiencing a growing amount of other issues such as drug use and other difficult situations.”

In a news release, the provincial government said the funding is needed as a result of the federal government halting its First Nations and Inuit Policing Program for two years, which typically provides 52 per cent of funds for Indigenous police forces, with the rest paid by the province.

“Every community in Alberta needs adequate policing resources to ensure the safety and security of residents is protected. With this new funding for more officers, Alberta is stepping up to fill in the federal shortfall and work with our First Nations partners towards a safer province for everyone who calls this land home,” Minister Shandro said in the media release.

“Tsuut’ina takes great pride in the professionalism of our police,” Whitney said. “This funding will ensure that our service will be sustainable into the future and will grow with our community. Albertans should be proud that their provincial government takes community policing seriously.”

However, he also acknowledged the relationship between police services and First Nations is broken, and much more must be done to repair it.

“Policing historically has somewhat been a challenge for us and for other First Nations. I don’t need to tell you that the relationship between First Nations indigenous peoples and policing authorities has had a checkered past,” said Whitney.