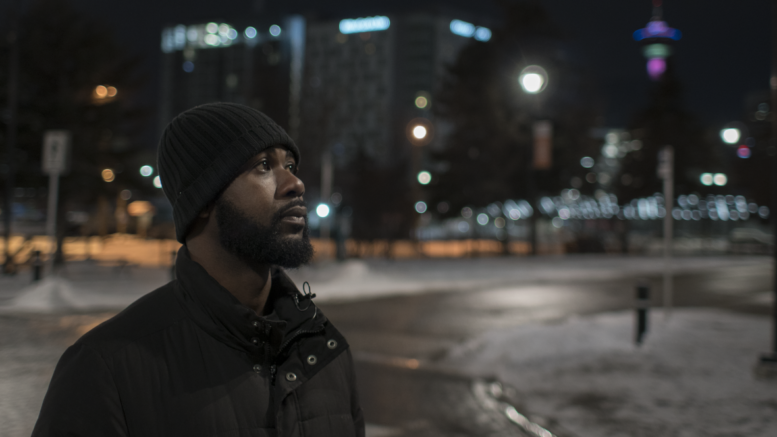 "No Visible Trauma" was screened last month in Edmonton at Metro Cinema. A panel discussion followed the screening.

(ANNews) – A screening of the documentary “No Visible Trauma,” which details three cases of police brutality from the Calgary Police Service (CPS), took place at Edmonton’s Metro Cinema on Nov. 9. The film, directed by Marc Serpa Francoeur and Robinder Uppal, documents several allegations of abuse of power against the CPS.

Oriola, who served as a special advisor for the Alberta government’s proposed Police Act review last year, said the film explored a “troubling constellation of realities to see on the screen,” exposing a “militaristic, toxic, hypermasculine” culture within the CPS, as well as a culture that protects officers engaged in misconduct.

Only a small percentage of officers are engaged in violent misconduct, the vast majority of whom are poorly educated, he added.

“The problem is this protectionist racket that is constantly woven around those who are in fact involved in brutality towards civilians,” said Oriola, who writes a regular column for the Edmonton Journal.

He said Alberta needs a “one-stop shop” to make it easier for people to complain about police misconduct, with independent civilian-led oversight overseen by a judge.

Behiels, the EPS whistleblower, said it was striking to him how the film showed other officers standing by while their colleagues engaged in gross misconduct, which speaks to a broader problem with policing culture.

We can’t simply rely on a bystander who films instances of misconduct on their phone, because there isn’t always going to be a member of the public present to do so, Behiels added.

“The only chance we have for justice is a consistent report from other police officers who witnessed wrongdoing,” he said.

In order to encourage officers to come forward, they need to be protected from reprisals for speaking out, Behiels said. However, the Whistleblower Act doesn’t apply to municipal employees as it’s currently written.

“The laws need to change first, and then we need a fair application of those laws and a functional oversight body, [which] unfortunately we don’t have today,” said Behiels.

Kinney of The Progress Report said that if a member of the public wants to hold police to account, “the deck is stacked against you in a thousand little ways.”

When there are police disciplinary hearings, for example, the names of the officers are never publicly listed. “Media organizations aren’t going to dedicate resources to go to a hearing if they don’t know who it is,” Kinney said.

These hearings, which have to be accessible to the public by law, are often rescheduled without notice, which serves as another disincentive to covering police misconduct.

Kinney is currently facing two mischief charges for allegedly vandalizing two monuments of Ukrainian Nazi collaborators before reporting on these vandalisms in The Progress Report as the acts of unknown persons.

He maintains the charges are an effort by Edmonton police to silence him for his adversarial reporting and vows a “vigorous defence, if it comes to that.”

Kinney’s lawyer, Tom Engel, himself an outspoken advocate for police accountability, was in the audience.

Jackson, the CJE organizer, said the documentary demonstrates that police accountability bodies cannot be depended on to pursue justice.

It’s up to “people-powered movements” to shift the conversation and, by doing so, put pressure on the powers that be to enact the necessary change, because they’re not going to do it of their own volition, she added.

“We’ve seen within the past few years, how much more critical and sharpened the conversation on policing has become,” Jackson said, attributing this discursive shift to the power of social movements.

“We owe an enormous debt of gratitude to the Black and Indigenous organizers who have been pushing this conversation for decades, who have been pointing out the violence, the systemic discrimination and the daily abuse since the very foundation of policing as an institution.”

“No Visible Trauma” is based on a short film called “Above the Law,” which you can view on YouTube or CBC Gen.