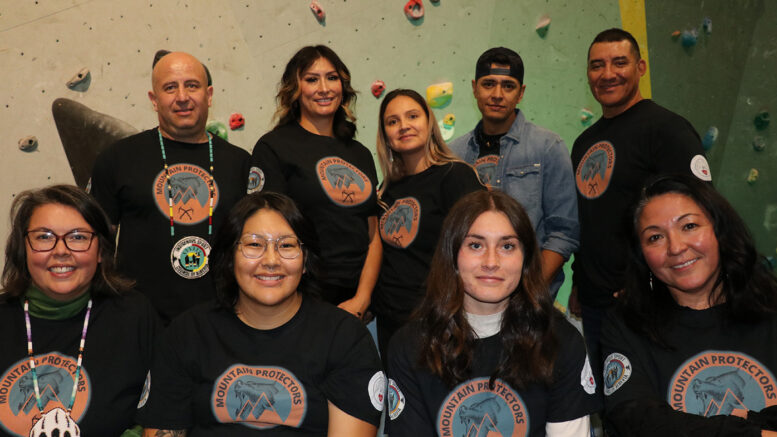 (ANNews) – What originally began as nothing more than “just an idea,” has suddenly evolved into a major undertaking. Eight Indigenous individuals have banded together and under the leadership of veteran mountain climber, Leo Namen, they are embarking on a most challenging sojourn that will undoubtedly test their strength, fortitude, resiliency, and commitment.

Their mountainous goal is Denali – the world’s third most prominent at 6190 m (20,310 ft), only superseded by Mount Everest in the Himalayas (8849 m) and Mt. Aconcagua in Argentina (6961 m). Situated in the American Cordillera of the Alaska Range, it was initially scaled in 1913.

Americans named it Mount McKinley after one of its presidents who died in 1901 by way of assassination. The name first came about by a gold prospector in 1896 and officially by the USA in 1917. It stuck for a long time; an attempt was made to have it revert to its Indigenous monicker, Deenaalee “(the high one”), in 1975 but failed. The Deeenaalee name came from the Koyukon tribe that lived in the region immediately north of the mountain. It did, however, become Denali, the English spelling, in 2015, thanks in large part to then-President Barack Obama.

According to the Indigenous Sports Council of Alberta, the original idea for the current initiative was that an Indigenous team would include one male and one female. However, after consideration of expressed interest, “we decided to reach out” a bit more. For a few of the team participants mountain climbing is not a foreign concept; some have prior experience. Team lead, Leo Namen has decades of past experience and, if successful in this planned climb, he will become the first Canadian survivor of a heart attack to summit Mt. Denali. That in itself, would be quite an accomplishment.

If successful, the Indigenous eight-member team will become the first Canadian Indigenous group to ever summit Denali. They’re all very excited and looking forward to the May 2023 arrival date. And they wait, not with trepidation, but with delightful anticipation of the start and conclusion of the project. It will certainly be a memorable experience that they will cherish the rest of their lives!

To formally kick off their Heart of the Summit climbing project, the ISCA held a formal press conference at the University of Alberta’s Climbing Centre on Oct. 22. Organizers explained the concept development, fielded questions, provided information, and followed with a silent auction of Native handicrafts, art pieces, autographed hockey pictures (including a gorgeous one of ‘the’ Connor McDavid), luggage sets and more!

During the question period, some team members discussed challenges that the climb might present.

Melody Lepine, originally from Ft. Chipewyan, has previous climbing experience and stated that the “physical” element would definitely be there as will “safety” factors and one’s “mental capacity.”

To others, the “heights” will play a role. As well, they’ll have to “train hard,” and stay focused. Another challenge is that they will “be away from family members” for some time.

A few additional considerations, quipped Namen, will be the “weather, potential avalanches, and oxygen levels” due to high altitudes. He noted that although the slope is “not real steep and there are some flat, open areas,” the winds can be quite brisk up high and in the open areas.

The sport council said that apart from the health and wellness angle, the project will assist in raising awareness and funding for the ISCA. Add to this, is the fact that it will “increase valuable partnerships and enhance the capacity for the ISCA to further their important work with the Indigenous communities, families and individuals of Alberta and further enhance ISCA’s profile as a provincial organization.”

Finally, it will help to “increase opportunities for Indigenous people of Alberta to participate in mountain climbing.”

Kandace Halcrow explained she found herself drawn into the project because it’s challenging and “because I love the mountains.” Margaretta Potts stated that she saw an advertisement asking for participants, “so, I applied… I love the challenge.”

They all love the challenge!

On a parting note, Shawna Goodstriker from Kainai territory in southern Alberta said that there will also be other events, to assist with awareness and fundraising which is so very critical to help subsidize this project as well as ISCA itself in its day-to-day operations and expenses.

Giving the organization’s CEO, Jacob Hendy, the final word, he expressed his delight that, within this project “there is representation from all over Alberta… and from youth to grandparents.”