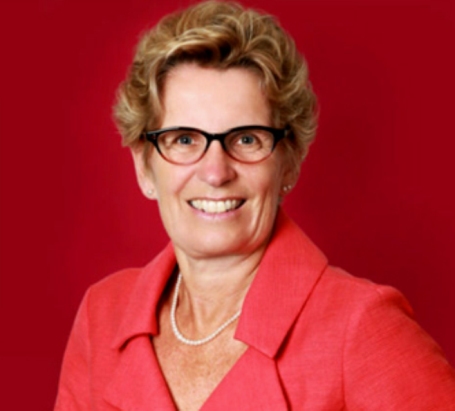 Toronto, ON – On February 26, 2016, the Ontario government, under the leadership of Premier Kathleen Wynne and the Honourable Tracy MacCharles, Minister Responsible for Women’s Issues, with support from the Honourable David Zimmer, Minister of Aboriginal Affairs, and Sylvia Maracle Aboriginal Co-chair of the Joint Working Group on Ending Violence Against Indigenous Women, announced 100 million dollars towards ending violence against Indigenous women. This announcement is historic and precedent-setting as it outlines the most comprehensive plan in Canada to end violence against Indigenous women and girls.

In her remarks, Premier Wynne stated,

“For years, Indigenous cries for justice went unheard by governments and mainstream society. But that silence is finally broken. Now we can begin to break the cycle of violence and build the Ontario we want for our children and grandchildren.”

The Ontario Federation of the Indigneous Friendship Centres (OFIFC) commend this government for their ability to listen, the weight and use of their political will, and the financial commitment to ending violence against Indigenous women and girls in Ontario.

The Native Women’s Association of Canada (NWAC) welcome the decision. President of the NWAC, Dawn Lavell-Harvard, Ph.D., issued the following statement in response to this new strategy from the Ontario government:

“Despite our strength and incredible resilience, Indigenous women and girls are subject to blatant systemic oppression and discrimination. To that end, NWAC is hopeful that with this new strategy on the part of the Ontario government ―in tandem with the ongoing national inquiry on the national level― we will begin to see a reduction in violence, fewer missing and murdered Indigenous women and girls, less sexism and racism against us, and a more realistic public awareness around the strength and resilience of our women and girls; because we are not vulnerable victims. To the contrary: we are strong, and we deserve respect.”

Since 2007 and the development of The Strategic Framework to End Violence Against Aboriginal Women, the OFIFC and its partners from the Aboriginal Caucus and the Joint Working Group to End Violence Against Indigenous Women have worked united on the single task to bring this issue to other’s attention but most notably to strategically provide the supports necessary to community where the abuse and violence has the greatest negative impact. Since 2008, with financial support from the Ontario Women’s Directorate, the OFIFC has successfully provided training on recognizing and responding to the signs of woman abuse to a total of 4,000 people. Of these, 1,000 front line workers were trained as facilitators and 3,000 were community participants. Both men and women were provided the training with men representing approximately 10% of the total number of participants.

Ontario’s six-part plan, a three-year strategy, will include a new family wellness program to support Indigenous families in crisis and help them deal with intergenerational trauma. It will also include a survivor-oriented human trafficking intervention program, new police training and mental health support for survivors. It also supports Kizhaay Anishinaabe Niin – I am a Kind Man, a culturally relevant program developed by the OFIFC that encourages and challenges Aboriginal men and boys to actively speak out against all forms of violence against women and foster healthy relationships. It is currently being used in Ontario and has been adapted in other provinces such as Alberta.

“We’re going to leave a different legacy for our children and our grandchildren,” said Sylvia Maracle, Executive Director of the OFIFC and Chair of the Joint Working Group on Ending Violence Against Indigenous Women.

“There will be space to talk, to heal, to remember and to develop their indigenous identity, and for that we are grateful.”

The OFIFC is also optimistic with the province’s commitment to further close the gap for Indigenous people, where poverty and homelessness contribute to violence as root causes.

The announcements in the Ontario Provincial Budget 2016 specifically on social assistance reform, housing, and curriculum education in response to the Truth and Reconciliation Calls to Action, support the announcement on Tuesday to end violence.

“We look forward in continuing our work with the Government of Ontario to implement critical and innovative interventions addressing the root causes of involvement of indigenous children in the child welfare and youth systems,” states Sylvia Maracle.

Click on the link below for the full report WALKING TOGETHER: ONTARIO’S LONG-TERM STRATEGY TO END VIOLENCE AGAINST INDIGENOUS WOMEN
https://files.ontario.ca/mi-2006_evaiw_ … inal-s.pdf