(ANNews) – The main floor atrium and the balconies of the four floors above the newly expanded NorQuest College in downtown Edmonton was a busy place on October 4, 2017 as nearly one thousand students, staff, special guests and community well-wishers gathered to celebrate the official opening of the revitalized facility.

The first expansion of the college in nearly five decades brought gasps of awe, smiles of satisfaction and glowing comments from those who attended the event and made their way from the bottom to the top floor, munching on some special treats and listening to sounds of the music reverberating from the drums, accordion, guitars and sitars being played by Booming Tree Taiko, Sangea African Drumming and later from Indigenous dancers and the popular drum group Nehiyawak (The People), led by Lloyd Cardinal.

“We’re thrilled that NorQuest College’s new campus addition, the Singhmar Centre for Learning, is now open,” declared college President and CEO, Dr. Jodi Abbott. “We are so very pleased to see so many people come out to help us celebrate this momentous occasion. To see so many enthusiastic supporters attend the official opening is wonderful for the college – a testament to the community we live in and a strong message that Edmontonians support the college and the work we do. The feedback has been fantastic; there’s been overwhelming support for the college and today many visitors told me that they were blown away by the building infrastructure.” 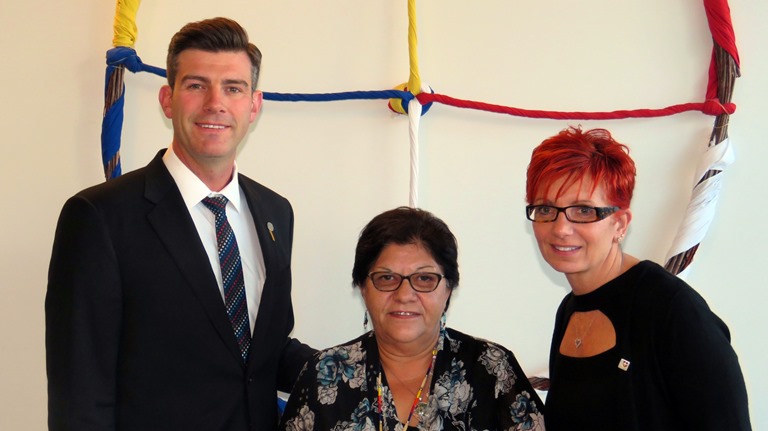 The 22,500 square metre building is connected to Heritage Tower (formerly the North Tower), now under construction (opening scheduled for 2018). The new facility faces Capital Boulevard and is flanked by 103 Avenue and 107 Street. When completed, the new tower will house classrooms, labs, meeting places, food services, a daycare, a brand new and much larger library and more. 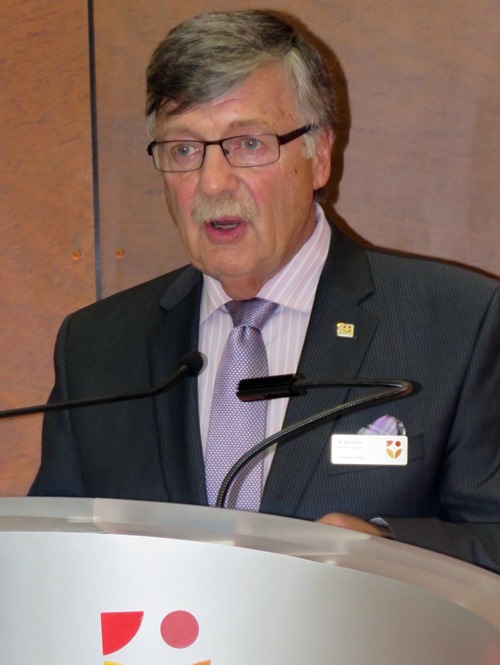 The Singhmar Centre for Learning is planned to be LEED Silver certified. It features labs, many student spaces, a new library and bookstore, Centre for Growth and Harmony, and an Indigenous student centre that will be ventilated to allow for the use of sage and sweetgrass during smudging and other cultural ceremonies. Natural sunlight and the beautiful art created for the project by Kainai artist Kalum Teke Dan will add a welcoming touch to the new Centre for Learning, which will be connected to the existing South Learning Centre.

The building was named for Drs. Prem and Saroj Singhmar, who contributed $2.5-million to the project. The Government of Alberta has committed a $170 million grant for the $192 million project. Additional funding will be raised by NorQuest College through Maximizing Opportunities: The NorQuest Campaign. 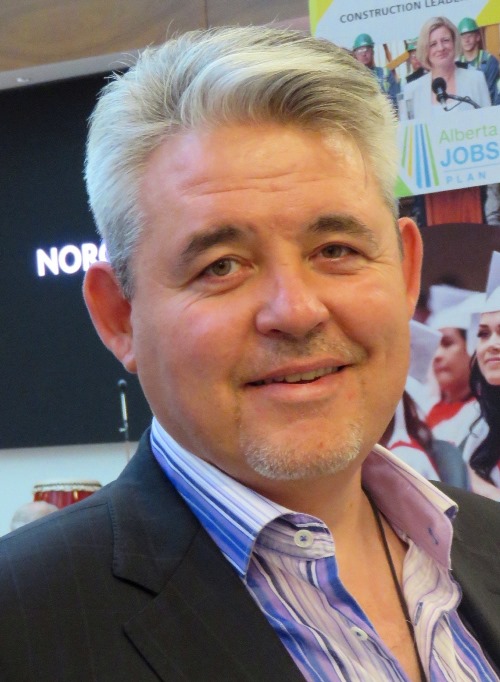 About 60 percent of the college’s student body are non-Canadian born learners; to enhance the opportunity for students studying English as a second language, the new library, among many other things, will house a collection of children’s books so that students and their children can learn together.

“Creator, I ask that you bless each and every one of us and all the different cultures we represent here today at this great college,” said Elder Delores Cardinal during her opening prayer. “Give us unity, understanding and sharing. I give thanks that I, and my people, are a part of this college experience as we continue to grow and learn here at NorQuest.” 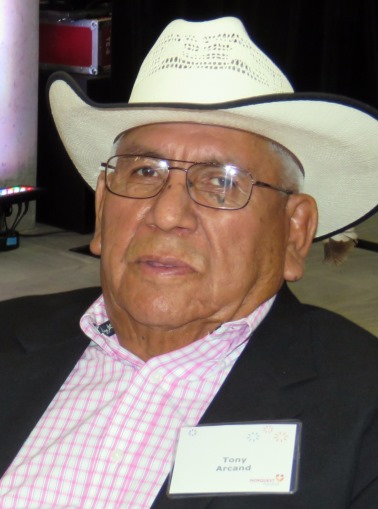 Mayor Iveson spoke about the importance of innovation and technology and lauded the efforts and work of the planners, builders and philanthropists who’d joined hands and hearts as they worked in unison to “make the college an essential piece” of the puzzle as the city moves ahead into the future.

“I’m very grateful to have had the opportunity over the last ten years to learn about the extraordinary work, the transformational undertaking that this college stands for every day for the thousands of post-secondary learners in our city. My wife, Sarah, and I are both huge fans of the work this college has accomplished over the years.” 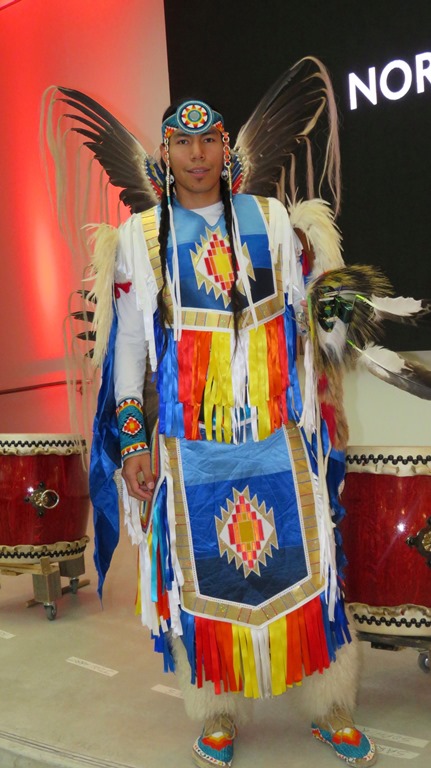 Alberta’s Minister of Advanced Education Marlin Schmidt spoke about the importance of the college’s “proud history” and the work it has accomplished “for more than 50 years, helping students from all cultures and walks of life succeed” in their quest for a better education and future.

The official opening of the Singhmar Centre for Learning was brought to a close by Indigenous dancers and the Nehiyawak Drum Group and a ribbon cutting ceremony by Prem and Saroj Singhmar’s granddaughter, Sophia.

NorQuest College is the Edmonton region’s only community college serving 15,850 students annually throughout the province in full-time, part-time, distance learning, and regional programs. NorQuest College helps learners with diverse educational backgrounds complete or further their studies through foundational and continuing education programs. The college’s post-secondary diploma and certificate programs offer career paths in health, community studies, and business. The college collaborates with business, industry, government and communities, and as such helps to ensure that their post-secondary education is both necessary and workforce relevant.

About 92 per cent of NorQuest graduates are employed within the first few months after graduation. 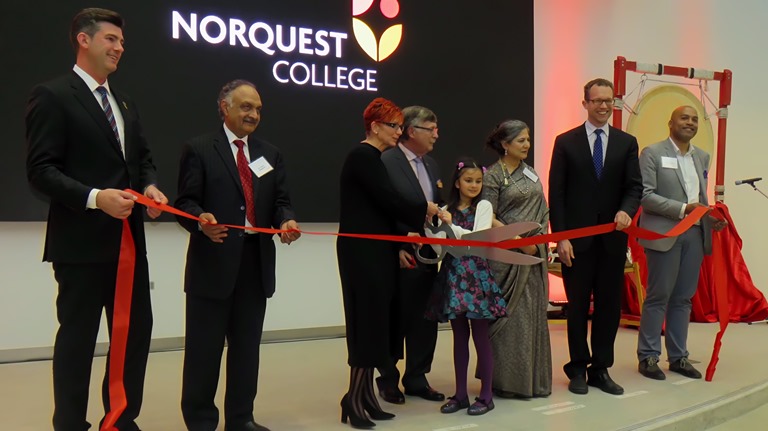 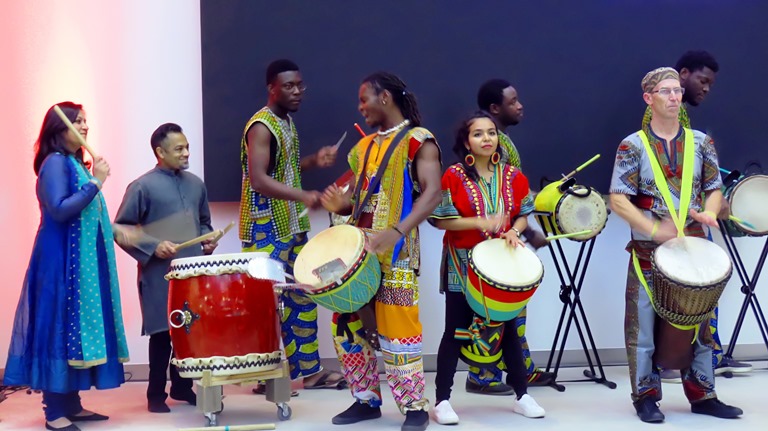 Booming Tree Taiko performed at the opening of the Singhmar Learning Centre last month in Edmonton.