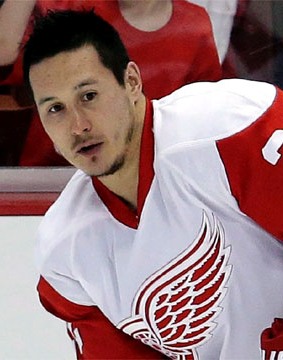 On October 7, 2014,  The New Jersey Devils announced that they have signed forward Jordin Tootoo to a new contract. The announcement was made by Devils’ President/General Manager Lou Lamoriello. As per club policy, no further terms were disclosed.

Nunavut’s most famous hockey player will enter his 12th professional season after attending training camp on a tryout basis. He split the 2013-14 campaign between Detroit and Grand Rapids (AHL), his second season with the Red Wings’ organization. The 5-9, 195 lb. forward has career totals of 49 goals and 85 assists for 134 points and 808 penalty minutes in 539 regular-season appearances with Nashville and Detroit. He added three goals and seven assists for ten points in 40 career playoff games. Tootoo made his NHL debut on October 9, 2003 with the Predators.

The announcement was welcome news to Tootoo’s fans and family after weeks of nervous speculation regarding the right wing’s future. He had been bought out of his contract with the Red Wing’s earlier this year leaving some doubt as to his immediate plans.

Jordin’s mother, Rose Tooto told media that said the family had spent the last month holding their breath. “I was so happy to hear from him finally because we’ve been on pins and needles last week,” she said. “So it was very exciting news.”

Born February 2, 1983 in Churchill, Manitoba, he represented Silver Medal-winning Canada at the 2003 World Junior Championships. He was Nashville’s sixth choice (4th round), and the 98th overall selection in the 2001 Entry Draft. Tootoo played four seasons of junior hockey with Brandon (WHL), played in the 2001 CHL Top Prospects Game, and was named to the 2003 WHL East First All-Star Team and to the 2003 CHL Third All-Star Team.

Jordin will soon be moving from Kelowna to Newark with his new wife Jennifer Salvaggio. Fans should also watch for a new autobiography Tootoo wrote with Canadian sports journalist Stephen Brunt called All the Way: My Life on the Ice, which is scheduled to be released this month.