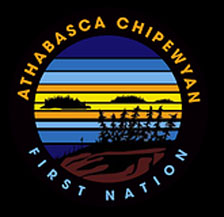 October 15, 2014, Vancouver, BC – The Athabasca Chipewyan First Nation (ACFN) are in Federal Court today in Vancouver to defend a challenge of last year’s Federal Government approval of Shell’s tar sands Jackpine Mine Expansion project. The ACFN was joined by representatives of the Squamish First Nation, Tsleil-Waututh Nation Sacred Trust, Greenpeace and local youth activist Ta’kaiya Blaney at a rally and media event outside of the courthouse this morning.

Speakers at the rally highlighted the connections between the Alberta First Nation’s challenge of the expansion of the oil sands to the local opposition of the tar sands pipeline corridors being proposed in BC, including the notable Enbridge Northern Gateway pipeline which was approved earlier this year. Today’s rally follows on the heels of the largest climate rally in North American history that was led by Indigenous peoples held in New York City a few weeks ago.

“Our peoples’ rights and our way of life are being threatened by out-of-control development in our traditional territory,” stated Chief Allan Adam of the Athabasca Chipewyan First Nation.

“The Jackpine Mine Expansion approval is another example of how government is trying to push our rights out of the process. There was no meaningful consultation, there was nothing done to mitigate – let alone understand – the impacts this project has on our people and rights.”

In its case filed before the Federal Court, ACFN alleges that Canada breached its duties to consult and accommodate ACFN with respect to the Project and the manner in which the Project will impact ACFN’s constitutionally protected section 35 rights. ACFN further alleges that the process, and mitigation offered, was inconsistent with the Species at Risk Act, the Migratory Birds Convention Act, as well as several international agreements and conventions to which Canada is a signatory. 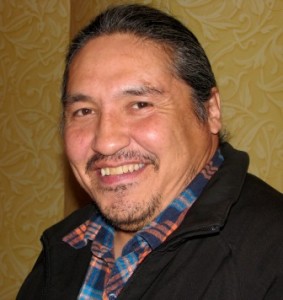 “This isn’t justice. Both the Provincial and Federal Governments are bending to the needs of the oil and gas industry while slowly eroding and destroying the rights of First Nations and the eco-systems in which we live,” added Chief Adam.

The tar sands controversy is no stranger to BC residents, as earlier this year local First Nations were at the forefront of the massive opposition against the recent approval of the Northern Gateway pipeline which would carry 520,000 bpd of tar sands through the heart of BC and numerous First Nations lands along its route.

“The Squamish Nation commend the Athabascan Chipewayan for their efforts to protect their territories for and on behalf of their future generations,” said Chief Ian Campbell of the Squamish Nation. “We implore the government of Canada to act honourably in recognizing the inherent and treaty rights of the First Nations and seek reconciliation in decision making, economic, and environmental impacts.”

First Nations are not alone in their opposition to the proposed tar sands expansion and pipeline corridors. Environmental groups and critics have been highlighting Canada’s deficiency in monitoring and meeting international accords to address rising greenhouse gas emissions, as well as the protection of waterways and species at risk.

“The government needs to get its carbon act together before it starts green lighting more tar sands project and pipelines that will just accelerate the problem,” said Shamentsut (Mandy Nahanee) with Greenpeace Canada. “Canada is failing its First Nations people and the rest of its citizens alike. Just last week, the federal audit highlighted Canada’s failure to meet emission targets and effective monitoring in the tar sands. It appears that First Nations are taking real action to try and hold government and industry accountable not just to their people and rights but for the future of all of us. It’s imperative we stand with First Nations and those on the frontline of climate change to find solutions that work for a better future.”

Today’s rally included one of the faces of the opposition to the Enbridge Northern Gateway pipeline, Ta’Kaiya Blaney, who brought with her the passion and energy to represent the youth and future generations.

“Indigenous peoples across North America are working to protect what’s left of our territories to safeguard the futures of our peoples future generations,” said Takaiya Blaney, local youth Indigenous rights activist. “We are not protesters but protectors of our territories and our struggles are connected by pipelines, refineries and tankers. We have a responsibility to ensure that there is something left for my generation and my children and my children’s children.”

The Federal Court hearing for the ACFN legal challenge of the Jackpine Mine Expansion will be heard from October 15-17, 2014 in Vancouver at 701 West Georgia Street, from 9:30am to 4:30 pm daily. The hearings are open to the public.