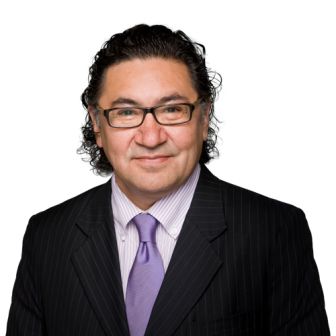 On September 19, 2014  NDP Member of Parliament Romeo Saganash delivered a riveting, and emotional speech on the need for a National Inquiry into the systemic issues linked to the large numbers of missing and murdered Aboriginal women in Canada.  He further declared that an NDP government would convene a National inquiry within the first 100 days of forming a new government should they win the election.

His remarks to the House of Commons on September 19, 2014  can be heard here and were as follows:

In many Indigenous cultures and societies, we are taught to honour women as life-givers, as knowledge-keepers, as storytellers, as medicine women, as word-carriers, as community members and human beings, and colonialism has impacted negatively on those values.

The violence that is perpetrated against Indigenous women is the violence against the environment today, and the same violence that assaulted parents and grandparents in residential schools.

Let me quote from the Supreme Court of Canada in the case of R. v. Laliberte. The court said:

‘Courts must take judicial notice of such matters as the history of colonialism, displacement, and residential schools and how that history continues to translate into lower educational attainment, lower incomes, higher unemployment, higher rates of substance abuse and suicide….’

Yet, the prime minister, not too long ago, incredulously said we have ‘….no history of colonialism in this country.’

Let me tell a story about a little boy named Jonish, who was sent to a residential school in 1954. He was five years old. He never came back. Apparently, he died the first year he arrived at the residential school.

His mom never knew, until after two years, of his death. His mom, my mom, for 40 years never knew where Jonish was buried. It is only by coincidence, one day, that one of my sisters happened to be in the area, and someone told her “I know where your little brother is buried.”

After 40 years, my sister filmed the site where he was buried and brought the film back to my mom to show her. Just imagine, it was 40 years until she found out where my little brother laid.

I do not know if any of the members have seen their mother cry, but I saw my mother cry many times, but the day she saw that video — I had never seen her cry that way. That was closure. That is what we call closure. That is the closest she could get to final closure for her son.

This is what Indigenous families in this country need. That is what they want. That is why they are calling for this national inquiry.

Where is the Canada we used to know, the one that has a history of upholding high standards of human rights and social democratic values in this country? Even when faced with fundamental legislative changes and challenges to the social structure, we used to have that Canada. It is no longer here.

I stand here today on behalf of the families of the missing and murdered Indigenous women so that we can heed their calls for a national inquiry. It is their time. Give them their time so that they can get close to the closure that they also need.

That is why our party will call for that inquiry no longer than 100 days after our election as a government. We will provide the justice that we all need.”