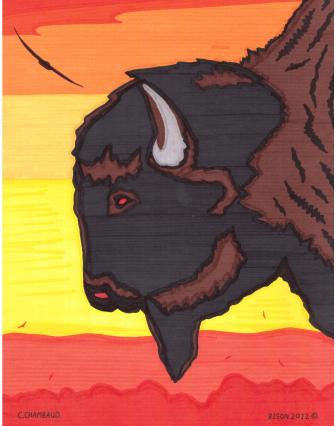 First Nation and Tribal Groups from U.S. and Canada have joined in solidarity to form an alliance to support the restoration of the North American bison and at the same time, renew their historic cultural and spiritual ties.

On September 23, 2014 dignitaries from U.S. Tribes and Canadian First Nations signed a landmark treaty – the first among them in more than 150 years – to establish intertribal alliances for cooperation in the restoration of American buffalo (or bison) on Tribal/First Nations Reserves or co-managed lands within the U.S. and Canada.

Tribal leaders from Canada and the U.S. gather to sign an historic treaty to preserve and restore the great North American bison     Photo: Amanda Hardy/WCS

Collectively, the Tribes/ First Nations have more resources and political influence than they might individually. The groups own and manage a vast amount of grassland and prairie habitats – about 6.3 million acres; almost three times the size of Yellowstone National Park – throughout the United States and Canada.

Through their combined voice and a formal expression of political unity, their goal is to achieve ecological restoration of the buffalo on their respective lands, and in so doing to re-affirm and strengthen ties that formed the basis for traditions thousands of years old. Along with agreeing to work together for bison restoration and grassland conservation on tribal lands, the treaty encourages youth education and cultural restoration among the tribes. These initiatives will inspire new conservation champions to carry forward the promise of healthy prairies and buffalo into the future.

“This is an historic moment that we hope will translate into a conservation movement among Great Plains Tribes,” said Keith Aune, Bison Program Director for the Wildlife Conservation Society (WCS), Chair of the IUCN Bison Specialist Group, and American Bison Society Spokesperson. 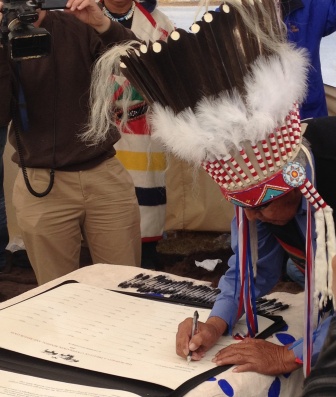 The treaty is an ancient and enduring way of forming agreements between plains tribes. Although treaty has been a traditional practice for Native Americans for thousands of years, an intertribal peace treaty of this nature has not been signed among these tribes for more than 150 years.  The last peace treaty signed by these tribes, The Lame Bull Treaty of 1855, established a large common hunting ground and focused on preserving their cultures and ways of life.

For tens of thousands of years, buffalo fundamentally shaped North American prairie ecosystems and linked Native peoples to the land.  Acting as bio-engineers, they affected plant communities, transported and recycled nutrients, created habitat variability that benefited grassland birds, insects, and small mammals, and provided abundant food resources not only for people but also for species such as grizzly bears and wolves.

Following their great slaughter in the 19th Century, buffalo have been largely missing from these lands, resulting in ecological change as well as cultural loss to Native peoples. In addition, the arrival and expansion of Euro Americans across the northern Great Plains region resulted in more than a century of fragmentation, disruption of important ecosystem functions of native grasslands and relegation of wildlife to small parcels of protected lands.

To ecologically restore this species, large native prairies that can support far-ranging buffalo are needed. Therefore, preserving the few remaining large intact prairies, many of which are tribally managed, is critical to retaining an option to restore and recover American buffalo as wildlife. 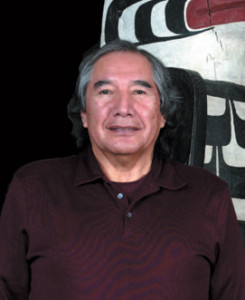 Leroy Little Bear belongs to the Blood Tribe in Alberta. He is a Professor Emeritus at the University of Lethbridge, and is one of the major proponents behind the Iinnii Initiative (named after the Blackfeet word for buffalo). Says Leroy, “The Iinnii Initiative is an endeavor on the part of a large group of traditional elders to steer the younger generation back to a path of ecological balance. Through the renewal and application of North American Indian paradigms, one discovers that sustainability, leaving the land as pristine as possible, and having humans fit themselves into the ecological balance are fundamental to the life-ways of Indian peoples. But the buffalo is a major player in this ecological scenario. The near extinction of the buffalo left a major gap. The treaty on buffalo restoration aims to begin to fill that gap and once again partner with the buffalo to bring about cultural and ecological balance.”

Dennis Jorgensen, Bison Initiative Coordinator of World Wildlife Fund’s Northern Great Plains Program said, “WWF is honored to witness the forging of this historic alliance among tribes and will continue to do all we can to support tribal efforts to restore bison and their integral ties to the Tribes and First Nations of the Northern Plains.”

Garrit Voggesser, National Wildlife Federation National Director of Tribal Partnerships said, “Tribes have managed bison herds for years and worked collaboratively to restore wild bison to the Plains. With the transfer of Yellowstone bison to the Fort Peck reservation in 2012 and to Fort Belknap in 2013, important first steps were taken to return wild bison to western landscapes. Tribal leadership can not only bring bison back to tribal lands, but can also foster bison restoration to large public landscapes across the West. This treaty will foster and expand the process of restoring a vital part of the prairie ecosystem and crucial part of tribal culture and history.” 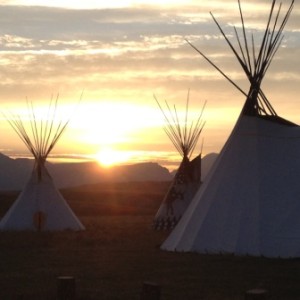 Site of the historic signing of the Buffalo Treaty on Montana’s Blackfeet Reservation. Photo by Amanda Hardy/WCS

“Native peoples of the northern Great Plains and the forests of Montana and Alberta are culturally disposed to connecting with free roaming buffalo and have expressed considerable interest in their repatriation,” concluded Keith Aune.” With their combined voice, they can help each other achieve ecological restoration and enrich their cultures.”

This renewed alliance marks an important landmark event in the comeback of the North American bison. In the early 1900’s, bison numbered less than 1,100 individuals after ranging across North America in the tens of millions a century earlier. In 1905, President Theodore Roosevelt, William Hornaday of WCS (then the New York Zoological Society), and others convened a group of diverse stakeholders at the Bronx Zoo in New York City and formed the American Bison Society (ABS). ABS developed a new conservation ethic and helped save bison from extinction. In 1907, fifteen Bronx–born bison were sent by the Society to the first big game refuge in the U.S.—the Wichita Reserve Bison Refuge in Oklahoma.

Today, bison number in the hundreds of thousands in North America, and are found in state and national parks, wildlife refuges, and on tribal lands, but most reside on private lands as livestock.  This has resulted in a disconnect between the bison and the native people and cultures that relied upon them. Only a small fraction of today’s  bison are legally designated wildlife. Conservation efforts are underway to maintain viable bison populations and preserve the species, a symbol of our national heritage. For example, community efforts are underway to bring the bison back to Banff National Park in Alberta, bringing forward the ecological, cultural and historic values of bison. For information visit bisonbelong.ca

Be the first to comment on "Historic Buffalo Treaty signed by Tribes and First Nations along U.S. and Canada border"