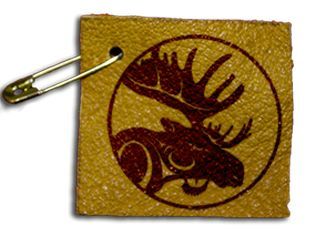 A new campaign aimed at reducing violence against women is spreading across western Canada.

“Too many Aboriginal women experience violence and we need to step up and do something to combat what is currently a very serious problem in our society today,” stated Merle White, President of the Alberta Native Friendship Centres Association (ANFCA). “We need to say ‘enough is enough’ and hopefully this new campaign will address this issue in a way that will encourage Canadians from all walks of life to stand up and pay attention and help do what has to be done to stop this violence.” 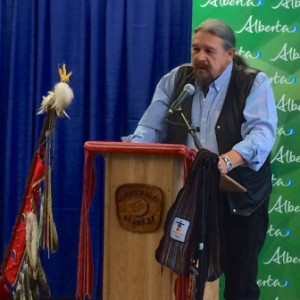 White was speaking about a new movement – the Moose Hide Campaign – that was created  in 2011 by Paul Lacerte, Executive Director of the BC Association of Friendship Centres.  The initiative is gaining momentum across the country as more and more Native Friendship Centres are joining to create awareness and reduce the prevalence of abuse against Aboriginal women.

“As men, we have to really look at the harm being done in our communities by those who perpetrate violence against women,” explained White. “Violence is not what we are about; it is not who we are. Our women need to be cherished and loved and cared for; they are our sisters,  our aunts, our nieces, our mothers, our grandmothers; they deserve respect and should be honoured for the contributions they deliver each and every day of the year. Without our women we would not have a society!”

The ANFCA has joined forces with the Alberta Government and with other Friendship Centres across Canada in adopting a new strategy, ” one we hope will make a positive difference in our communities and in society as a whole,” added White. “Women play a vital role in our communities and they simply do not deserve to be treated poorly. The headlines are filled with stories about missing and murdered Aboriginal women and this must stop. We need to act in unity to resolve this important issue and I am proud to note that Canada’s Native Friendship Centres are taking a leading role through their involvement and participation in the Moose Hide Campaign.”

The Moose Hide Campaign is on its way to becoming a national movement and the symbol represents it, a national icon that arose from a simple idea with the launch of an initiative that puts a swatch of moose, deer or buffalo hide on a lapel or shirt collar to symbolize support for the campaign.

“Just a small and simple patch about one inch square in measure, but a symbol that will be worth its weight in gold if the goals of the campaign are fulfilled,” assured White. “Supporters of this campaign can be anyone from any culture, but it is aimed primarily at men because they are usually the ones that perpetrate the violence that the campaign is trying to stop. We will encourage both men and boys to don this patch to honour and show their support for the women in their lives. We will be working with other Friendship Centres to promote this initiative and to take part in the I Am a Kind Man project, an initiative that was first developed in Ontario’s Native Friendship Centres.” 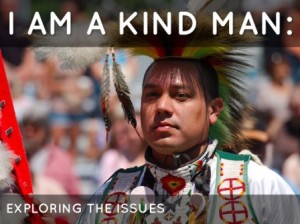 In the new year Ontario will send a Kind Man representative/trainer to Alberta. The idea will be for one or more members of each of Alberta’s 20 Friendship Centres to come together to learn about the program and to take that knowledge back to their communities.

“The I Am a Kind Man project is designed to teach men and boys how to rethink their notions and actions towards women; to realize that there are better ways of dealing with women; that violence is not an option and it can no longer be tolerated,” noted White. “It is important to remember the seven teachings; we need to take a step back to another day and remember that honesty, trust, respect, humility, courage, wisdom and love represent who we are and where we came from. In that world there is no place for violence against women and we need to return there once again.”

When the Moose Hide Campaign got underway in Edmonton late last month, Alberta’s Associate Minister of Aboriginal Relations David Dorward wore a swatch and stated, “Violence against Aboriginal women needs to stop. I am wearing this moose hide as a visual reminder that I am proud of our province’s Aboriginal women and I am standing up against violence towards them.” 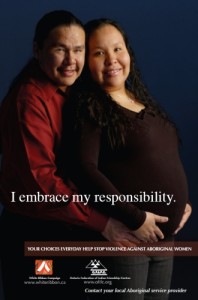 Aboriginal Relations Public Affairs Officer Dorothy Sinclair said that all of the province’s MLAs are very supportive of the initiative, noting that Alberta has adopted and is supporting the Moose Hide Campaign and expansion of the I Am a Kind Man program.

“Aboriginal women are three times more likely to have acts of violence committed against them than other women,” Sinclair explained. “According to a 2013 RCMP report, they make up 4 percent of the population but they make up 16 percent of all murdered women on record, and 11.3 percent of all missing women. Therefore, it is crucial that we as a government and a society commit to actions to turn this around. This campaign asks Aboriginal and non-Aboriginal men take a pledge to stand against violence towards Aboriginal women and to honour the women and girls in their lives.”

The Government of Alberta has contributed $75,000 in funding to enable Friendship Centres in Alberta to use the I Am a Kind Man resource to provide education for men to address issues of abuse against women; to re-establish traditional responsibilities by acknowledging that Aboriginal teachings have never tolerated violence and abuse towards women: to inspire men to engage other men to get involved and stop the abuse; and to support Aboriginal men who choose not to use violence.

According to aboriginal.alberta.ca, when inmates perform this kind of community service, the institution (usually) asks to be paid a fee; however, the men at Pê Sâkâstêw Centre asked to waive the fee because they believe in the importance of this campaign. Pê Sâkâstêw promotes a healing process based on Aboriginal culture, contributing to the successful reintegration of Aboriginal male offenders. It is hoped that inmate participation in the Moose Hide Campaign will have a positive and lasting impact on the participants. 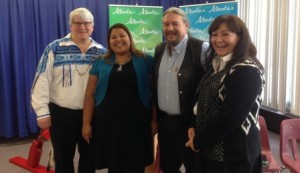 The Alberta government supports a number of community-based programs that deal with preventing violence against Aboriginal women.

Currently, there are 225 unsolved cases: 120 are homicides, 105 are missing or foul play suspected. As of November 2013, there are 19 unresolved missing Aboriginal females and 28 unsolved murders.