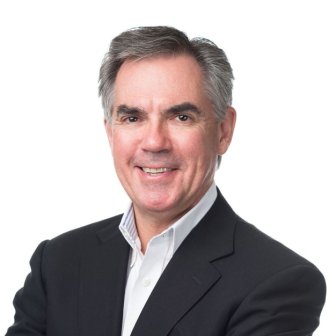 Since taking office as Alberta’s Premier in mid-September Jim Prentice has moved quickly and decisively to capture what just three months ago was the dwindling support of Albertans who’d become tired, disappointed and eventually disgusted with the floundering provincial Conservative government under the leadership of Alison Redford.

Prentice was quick to quell the voices of dissent, making visible and meaningful changes to tighten government expenditures, putting a hold on controversial Bill C-10, installing a new seven-member budget committee to help ensure disciplined spending, introducing a hiring restraint initiative, announcing plans that will allow better control when it comes to the procurement of goods and services, limiting 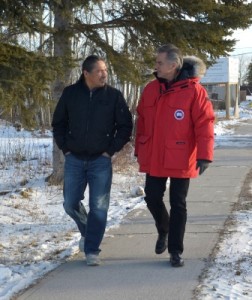 discretionary spending, appointing six Canadian leaders to a new advisory committee that will focus on achieving public service excellence, implementing new rules designed to enhance accountability for both elected officials and public servants, and meeting with various First Nations leaders in an effort to put First Nations and governmental issues and concerns on the same page, or at least on a page that both parties can sit down and read together.

Prentice has quickly established himself, perhaps guaranteed himself a certain victory in next year’s provincial elections. He won Alberta’s Progressive leadership race on September 6, 2014 and assumed the helm as the province’s 16th Premier on September 15 before running away with voter support during an October 27 by-election that saw him win the seat as MLA for Calgary Foothills. When he won the province’s leadership race, he was quick to assure Albertans that he plans to stick around.

“I want to be candid with the people of Alberta, with those of you who are here tonight, those of you who are watching and those of you who will read these words over time,” Prentice said during his acceptance speech. “The government has lost its way, and watching from afar, I was as disappointed and frustrated as anyone. I wasn’t at that table when those decisions were made, but I am at the table now.”

During the past month the Premier has met with leaders of the Lubicon Cree, the Chiefs of Treaty 6 and several Chiefs of Treaty 8, including Athabasca Chipewyan First Nation leader Chief Allan Adam and Mikisew Cree Nation Chief and Alberta’s Treaty 8 Grand Chief Steve Courtoreille.

On December 5 Premier Prentice met with Treaty 6 leaders, including Grand Chief Bernice Martial. In a November 8 press release the Grand Chief noted that Treaty 6 leaders were “encouraged to sit at the table with the Premier” who had invited them “to sit and frankly discuss the myriad of issues facing First Nations communities in the province.”

It was a refreshing change from the politics played by Redford’s Conservative government.

“For too long,” noted Chief Martial, “First Nations have been forced to the fringes of development, economics and engagement in the richest province in the country. Numerous legal battles and landmark decisions have mandated greater involvement and cooperation, and it appears as the province is finally willing to listen.

“Our traditions, laws and systems existed in this territory for many years and allowed us to live amongst one another in peace. It is encouraging that Premier Prentice has experience and understanding of these truths…”

Chief Martial also noted that she was pleased that the newly elected Premier had addressed two of Treaty 6’s most contentious concerns.

“By pledging to scrap the failed Bill 22: The Aboriginal Consultation Levy Act, and open the Aboriginal Consultation Policy for discussion, Premier Prentice has addressed two longstanding concerns of First Nations. Moving forward, the Chiefs of Treaty Six would encourage further conversations on many areas ranging from revenue sharing, infrastructure, education and health. These conversations will need to take place more than annually, and the Chiefs of Treaty Six are cautiously optimistic that a close working relationship with the Premier can be created and maintained.”

Following the meeting the Premier said that visiting the community was important to him adding that he “appreciated the frank and open dialogue on economic, environmental and health matters. These groups have been vocal about the concerns they share about oil sands development. Our discussion has helped me understand these concerns and together we explored possible solutions that could incorporate traditional knowledge into environmental monitoring efforts, how we could work with the community to help them stay healthy, and how we could help support their participation in resource development projects, should they wish it.”

Chief Courtoreille called the meeting “hopeful” and noted that “we have serious issues with consultation in this province and it sounds like he (Prentice) is willing to step forward with some action.”

Athabasca Chipewyan Chief Allan Adam said he is “optimistic about the fact we’ve probably found a way to move forward with regards to working together. We are trying to find ways of working on an avenue so we don’t have to go to court any more. Jim Prentice understands the fact that right now we need to move on some issues; the world is watching us (so) we’d better make it good because we have one shot.”

Premier Prentice said the best way to address “the lengthy list of issues and grievances which need to be discussed is for the premier to actually engage with the leadership of those First Nations. The intent is at a leadership level to bring in the Chiefs of these First Nations so they can have a direct discussion; it should allow us to get to the bottom of some of the issues that have been raised.”

The early meetings with First Nations haven’t produced any promises from the Premier, but he did commit to working together with Alberta’s Aboriginal communities, saying that “sitting down together at the table is a better way forward that negotiating through lawyers or negotiating through the media.”

Talks with the province in recent years have been both frustrating and futile for First Nations who have constantly been faced with roadblocks and barriers and ongoing denials by a government that broke most of the promises it did make. Prentice, who has also taken on the role as Alberta’s Aboriginal Relations Minister, was a former Indian Affairs Minister with Harper’s federal Conservative government. Because of Harper’s penchant for total control it is likely that Prentice’s hands were somewhat tied during his Indian Affairs appointment, a role he played through 2006 before taking on the portfolio and Minister of Industry in 2007, but even then he did make some inroads and garnered just enough trust that he is considered a credible leader by most First Nations in Alberta.

“If you look at my career over the course of a lifetime, it’s resulted in significant forward progress working with leadership of First Nations,” he said in recent comments to media. “They know that and they recognize that and they’re prepared to sit down at my invitation at a table to discuss the issues.”

Premier Prentice has taken serious steps in his effort to reach out to Alberta’s First Nations, even noting that there are “unacceptable gaps” in both prosperity and opportunity between Aboriginal and non-Aboriginal citizens. He reinforced his commitment to work earnestly with First Nations with the strong message he sent out on November’s Speech from the Throne.

“Your government,” he said, “is also focused on being better partners to Aboriginal communities – including those living in urban Alberta. Aboriginal people have important contributions to make to our cities, but sometimes the transition from rural or isolated communities to urban centres can be challenging.

“Your government will work directly with First Nations, Métis and Inuit communities along with urban Aboriginal organizations and federal and municipal governments to develop and support initiatives to ease transitions to urban centres and into new opportunities.

“We will devote new energy to addressing the unacceptable gaps in education achievement between Aboriginal and non-Aboriginal students by building partnerships and support for First Nations, Métis and Inuit people to use their skills, knowledge and perspectives in the work force.

“We will bring all parties – industry, environmental groups, Aboriginal groups and all affected impacted Albertans – to the table to find common ground on environmental, economic and social priorities.”

It is too early to tell right now just what the future holds for First Nations and other Indigenous groups in Alberta during the next couple of years, but the writing that’s on the wall indicates that Alberta’s new Premier has started out on the right track; now all that remains to be seen is whether or not his words of encouragement will turn water into wine and First Nations’ anger and frustration into opportunity and meaningful change.