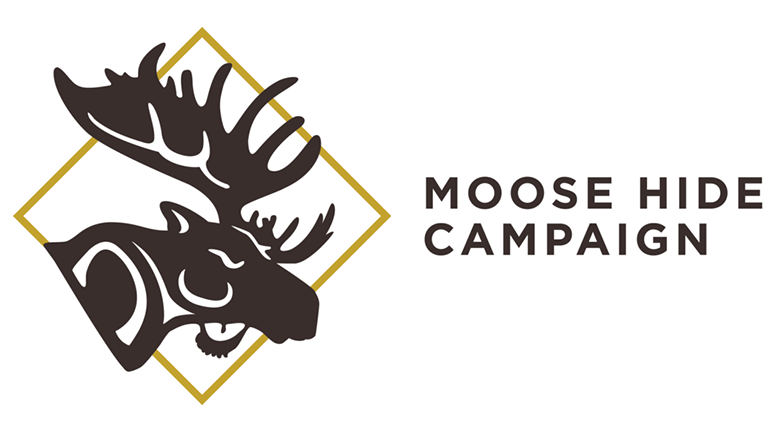 (ANNews) – After a delay from February due to the omicron surge, Moose Hide Campaign Day is back on May 12 to unite people across Turtle Island in opposition to violence against women and children.

The campaign was founded in 2011 after father-daughter-duo Paul and Raven Lacerte went up to northern B.C. to travel on Highway 14, which is known as the Highway of Tears due to the dozens of Missing and Murdered Indigenous Women and Girls who have travelled the road.

Sage Lacerte — who is Paul’s daughter and Raven’s sister — explained they are a family of moose hunters.

Paul and Raven went moose hunting and “were blessed with a moose,” whose hide they took home.

Inspired by the Highway of Tears and the entirely preventable deaths that occurred on it, they recruited Sage to help cut the hide up into thousands of pieces, which the family handed out with index cards that read “Moose Hide Campaign.”

“If you wear this hide, you promise to protect and respect the women and children in your life and not cause harm to them,” Sage explained.

She called the campaign a “practical embodiment” of the United Nations Declaration on the Rights of Indigenous Peoples, the Truth and Reconciliation Commission’s calls to action and the Missing and Murdered Indigenous Women and Girls report.

“It’s important that we continue asking people to take action, to stand up and to speak out when they see instances of violence or things like bullying, microaggressions, racism that go on in our community that contribute to those heightened risks of violence,” said Sage.

A key component of the campaign day is for supporters to fast from sunrise to sunset, which many Canadians did recently for the month of Ramadan. Jewish people also fast for a day on Yom Kippur.

“You really do it to ground yourself, to set some intentions. And by the time of breakfast time, lunch time passes by and your belly is grumbling and you’re really hungry, you remember exactly those things that you’re so deeply grateful for. And it can be something as basic as water and some nourishment. Or it can be the people in your life who you may need to affirm and reaffirm those commitments to every year,” Sage explained.

But there are many activities supporters can participate in if they don’t want to fast, including a livestreamed keynote speech from TRC chairman Murray Sinclair, workshops hosted by Indigenous thought leaders and medicine people, traditional ceremonies and an in-person walk to end violence in Victoria, B.C.

There is also programming for children from K-12.

Sage emphasized that while campaign day is just one day of the year, the Moose Hide Campaign is always underway.

“We’re a campaign that goes all year round. This is not just a one day issue. This is a national crisis that needs to be talked about every single day,” said Sage.

Those interested in registering can do so at https://moosehidecampaign.ca/get-involved/moose-hide-campaign-day/event-2022.