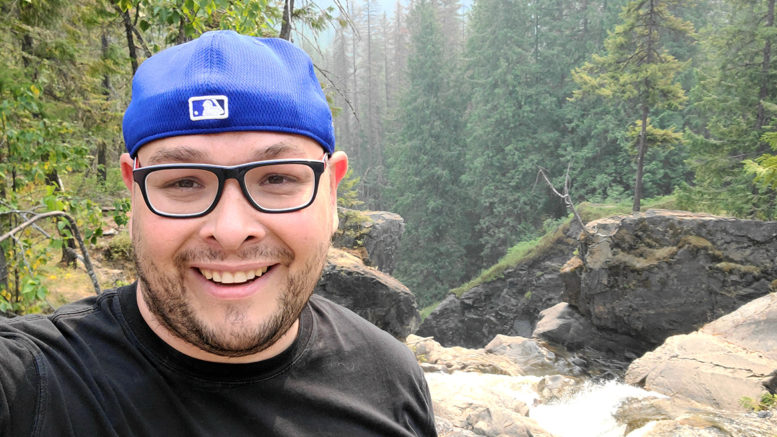 Edmonton based teacher Scott Olsen is getting ready to publish his first book after participating in the Audible Indigenous Writers Circle program.

(ANNews) – Edmonton-based teacher Scott Olsen is getting ready to publish his first book after working with some of Turtle Island’s top Indigenous writers as part of the Audible Indigenous Writers Circle program.

“He has written the most beautiful manuscript, and I was lucky enough to be called a mentor, but I have been humbled by this man before you, Scott, floored me with this talent,” Van Camp, who worked with Olsen for about six weeks, told Alberta Native News.

Prior to Van Camp, Olsen worked with Vowel — a fellow Edmontonian, who was his official mentor for the Audible program — for about half a year.

After working with Vowel, Olsen reached out to Van Camp to get a second pair of eyes to look over his memoir, which is now in the hands of Van Camp’s literary agent, Janine Cheeseman, who will sell it to a publisher.

Van Camp said that’s the ultimate goal of the program — “to get every single student one step closer to an agent and or a publishing house.”

Van Camp’s approval means a lot to Olsen, who has taught Van Camp’s literature in his social studies class and was inspired to take up writing by his work.

“If nothing happened from this moment on, I could die a happy person just knowing that at least one person and you fell in love with the work,” he told Van Camp.

“I couldn’t believe it. I was like you’ve got to be kidding me. I just started writing stories less than a year ago for grad school, and they seemed to enjoy it in grad school, and it seemed like everything was a step forward as this whole process unfolded,” he recalled.

His memoir is a tribute to the value of education, despite its historical use as a tool of assimilation and abuse against Indigenous people.

“I’m quite open about it, that I’m an inner city high school dropout. I hated school as a kid. And now to be in the walls of that very institution, celebrating it and saying, no, this has value, this has purpose,” Olsen said.

At one point, Olsen recalled “hitting a wall,” which Vowel and Van Camp encouraged him to break through by simply continuing to write.

“Richard kind of put the icing on the cake for it, I believe,” Olsen said.

Van Camp said he appreciated the ability to hear “all these new voices that just knocked me on my ass” while cultivating a community of Indigenous writers, which served as “an island [of] friends and heroes for six months.”

“I really miss the discourse and the conversations we would have through email. And I really loved once a month calling all four of my mentees. That was something that I didn’t realize how much I missed — just calling people and really talking to them about their craft and about their lives and how they were doing,” he said.