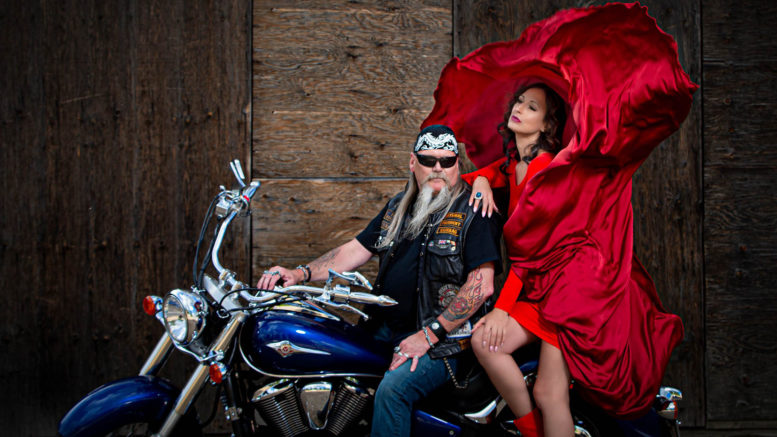 (ANNews) – Over the years, you may have noticed a familiar face on your local Global Television, CTV and CBC television, Edmonton Journal, Edmonton Sun, and billboards across Greater Edmonton. It is Michelle Houle and she has had a professional modeling career for approximately 30 years in Alberta!

Thirty years as a paid model is rare for any working model in Canada. So, it’s a no-brainer that all current top Cree models have been mentored or coached by Houle, including Linsay Willier. Still, Houle’s mentorship extends to countless top models of all races, cultures, and nationalities through Western Canada Fashion Week, which took place in Edmonton last month.

She opened up to ANNews Reporter Chevi Rabbit about her life, her day job, and her lengthy career in fashion and to offer advice to young women. 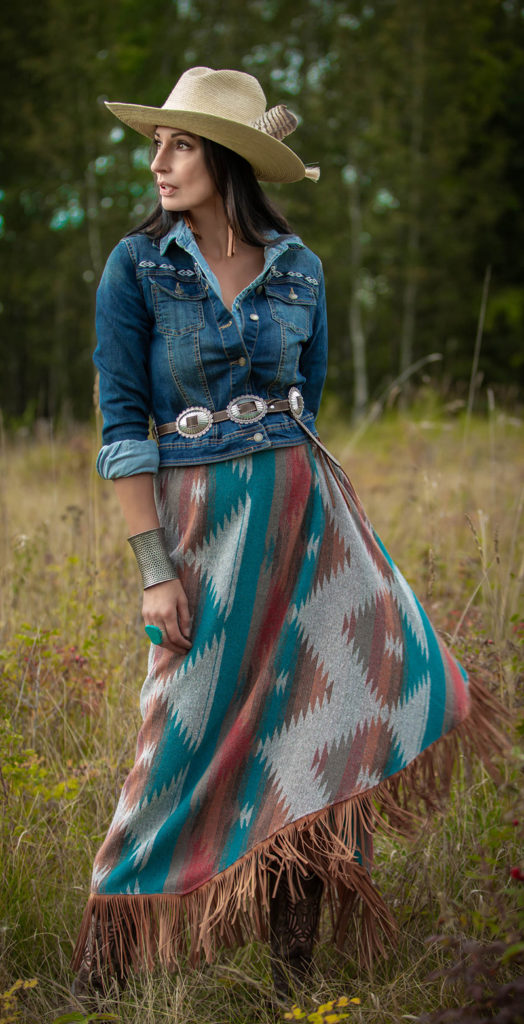 “I was on billboards, infomercials, music videos, TV commercials, hostessing jobs, bridal shows… quite a lot,” said Houle. “You work when you have a solid, reputable agency behind you.”

Her lengthy career was amplified by one of Canada’s very well-known makeup artists, James Kershaw, she explained. Kershaw came up with the concepts, stories, and makeup and did the styling for the Style Section of the Edmonton Journal for many years.

He had up to three models that he liked to use in rotation, Houle added.

“I loved getting a call from him. He had the best ideas, and he was passionate about his makeup artistry. Cancer took him from us three years ago, and we miss him so much.”

Houle also has a day job outside of her modeling career. “I work full-time in the Oil and Gas industry as an office manager for a successful submersible pump company,” she explained. She also sits on three Indigenous Inclusion Committees at her job and was recently asked to lead a fourth for Indigenous employees across Canada.

Her interest in modelling started in Elementary school.

“We had to write a story on what we wanted to be when we grew up. I remember drawing the cover of my book. It was a girl with blonde, curly hair and big blue eyes. Everything I was not, but thought I needed to be to become a model,” said Houle.

“For my 13th birthday, my mom took me to see four different agencies in Edmonton. We had so many great ones back then – such as Cover Girl, Elegance, and John Casablancas.”

“I never knew that until recent years! She was happy being a stay-at-home mom, but she and dad saw my passion for the modelling industry, and they supported me 100%,” said Houle.

When she speaks to aspiring models, she said she always reminds them that they should never feel like they know everything.

“Things change by the season in the industry, and you need to stay current.”

“I said, yes. I’ve always told myself that when I’m not getting those pre-show butterflies, it’s time for me to leave the industry. Nerves can work for you, believe it or not!” she added.

Houle said, “I have always put myself out there as a fashion model first. The fact that I am Indigenous is a bonus.”

“I was also lucky to have a beautiful Indigenous mentor, Theresa Ducharme. She had an Indigenous agency in Edmonton, Mystique Models.”

According to Houle, one of the most incredible things about being Indigenous and in the industry is that she can pull off many looks. “Indigenous, European, Middle Eastern, and because of that, it opens a lot more doors. Some like to think they didn’t get a booking because they are Indigenous,” said Houle.

She said being a regular model for PHABRIK magazine has been a blessing and opened up her opportunities in modeling.

Houle says mentorship is huge but models need to do their homework on who to work with.

She said, “I love sharing my stories and experiences with aspiring models – especially on etiquette and professionalism.”

She recommends that new models and their families find reputable agencies. “Ask other models how their agents are, if they are happy with the representation, and whether they are getting work,” said Houle.

“Take a friend or parent with you to meet prospective agents/photographers. If money seems to be the main topic, leave.”

She said, “When you go for a go-see or to meet a prospective agent, be natural. No big lashes, or long nails – dress simple and chic. Be your naturally beautiful self, just as the Creator made you.”

Houle said in recent years, there has been a significant rise in Indigenous Fashion Designers who are delivering top quality fashion, such as Rhonda Johnson, who showcased her Acahkos Designs at WCFW.

Johnson was recently chosen as one of Canada’s top ten Indigenous designers for the first-ever Indigenous Haute Couture Design Residency offered at the Banff Arts Centre.

Houle is not only a model but an organizer and a woman who has amplified other women in fashion. Indigenous Fashion is currently at a unique time in history, and it’s because of women like Houle who have paved the way for future generations of colourful Indigenous creatives.