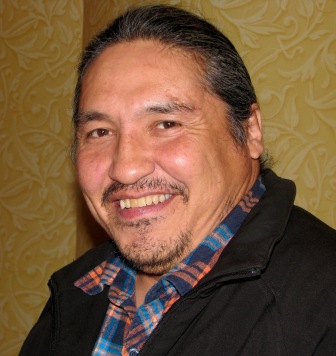 (Fort McMurray) – The Athabasca Chipewyan First Nation (ACFN) is proud to announce it has successfully achieved completion of phase one of the Addition to Reserve (ATR) process in Fort Chipewyan.

The Government of Canada signed the order granting the ACFN Addition to Reserve on June 1, 2022. ACFN leadership announced the successful completion of phase one of the ACFN ATR at the ACFN Treaty Day celebration in Fort Chipewyan on June 16, 2022.

“After almost two decades of advocacy, negotiation and discussion, we are pleased to share the news of the successful completion of the initial phase of the ACFN ATR in Fort Chipewyan, which will see the addition of 89 residential lots to our Reserve land,” said ACFN Chief Allan Adam.

“On behalf of Chief and Council, I want to acknowledge the tireless dedication of the leadership of ACFN, our legal counsel including Anita Thompson of Ackroyd Law, our CEO Maggie Farrington and our entire administrative team for making ATR a key priority to ensure a strong and sustainable future for our Members and our Nation.”

Marc Miller, Minister of Crown-Indigenous Relations acknowledged Chief Adam and his team for their diligence and efforts in completing this phase of their efforts to expand the Athabasca Chipewyan First Nation’s reserve land base. “The addition of the 89 residential lots in Fort Chipewyan will contribute to the continued social, cultural, and economic prosperity of the community and its members,” stated Minister Miller. “Our government will continue to work together with First Nations to advance reconciliation and respect Treaty relationships.”

ACFN’s ATR process respects the unique history and development of Fort Chipewyan. Before 1970, ACFN members lived on a reserve along the Athabasca Delta. After the construction of the Bennett Dam, wildlife populations in the Delta collapsed and ACFN’s reserve became largely uninhabitable. Further, the federal and provincial governments began to centralize housing, health, education and municipal services in Fort Chipewyan and most ACFN Members had little choice but to relocate to Fort Chipewyan.

Approximately 15 years ago, ACFN initiated litigation against Canada for failing to set aside reserve lands for ACFN. Instead of litigating the matter, the parties elected to seek a negotiated settlement. The first phase of the ATR includes the addition of 89 residential lots in Fort Chipewyan. ACFN is currently working on Phase 2 of the ATR which will likely include additional residential lots in Fort Chipewyan and the Acden lot located in Fort McMurray. The ATR process is complex and has involved the resolution of a number of legal, environmental and political issues.

Chief Adam said: “Our work on ATR is not yet finished, and we will continue to advocate, negotiate, and press for reserve status for the land our Members and Nation deserve and need to ensure our future success. While we are proud of this recent achievement, we will not relent in our pursuit of the full completion of all phases of the Addition to Reserve process.”