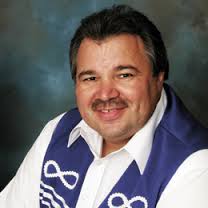 Findings from the 2012 Aboriginal Peoples Survey released on December 10, 2014 show encouraging progress on Métis employment but also significant gaps with the general population that remain to be filled, according to David Chartrand, President of the Manitoba Metis Federation and the Minister of Social Development of the Métis National Council.

“Public investments in Métis employment and training through Métis Nation institutions is paying off in a big way,” said Minister Chartrand. “Our population is young, highly mobile and eager to find work, as has been noted by industry associations like the Canadian Chamber of Commerce. We represent an important part of the solution to the labor and skills development shortage in western Canada.”

At the same time, Minister Chartrand warned of the dangers of complacency, noting that 51% of the Métis job seekers reported not having the experience required for available jobs. He also cautioned that while Métis labor force participation rates are comparable to the general population, that is in part due to many young people leaving the education system early. This is reflected by the data in the high number of Métis people in lower paying jobs.

“The Metis Nation has benefitted from a rising economic tide, said Minister Chartrand. ” But as the recession demonstrated, we are the first to be shaken out of the job market when the economy slows. The answer lies in boosting the education and job skills of our population and that is the mandate of our ASETS program that has delivered such impressive results to date.”

MNC President Chartier reinforced the need for continued support for Métis skills development, saying “it is absolutely imperative for the Government of Canada to work with us in ensuring that our ASETS agreements are renewed and strengthened. Investing in ASETS is critical to addressing Canada’s labor market challenges and we look forward to working with Minister Kenny going forward.”

President Chartrand also congratulated Minister Jason Kenny, who recently announced a one-year extension of the federal government flagship Aboriginal Skills and Employment Training Strategy (ASETS) that supports the employment and training of Metis citizen. ” The federal government is taking our training challenges seriously and I personally commend Minister Kenny for his foresight in renewing our programs,” said Chartrand.