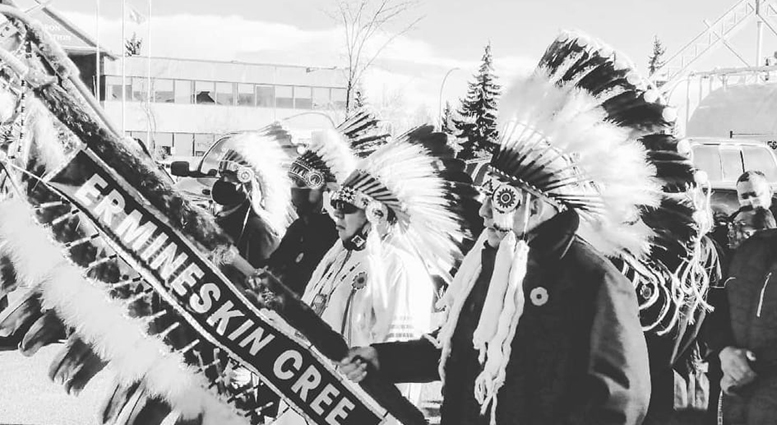 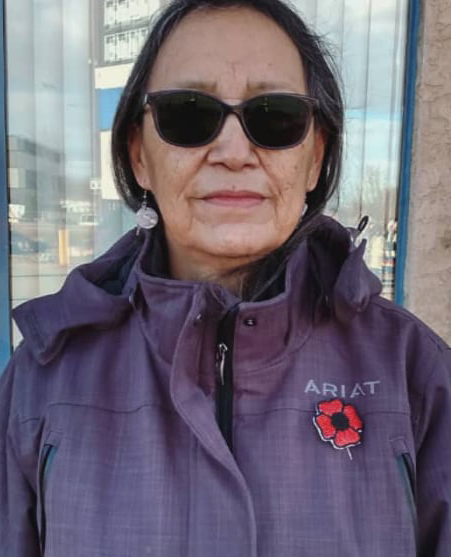 “Montana First Nation is proud to be hosting this year’s Indigenous Remembrance Day to honour the sacrifices of our members,” said Carol Rabbit, Councillor of Montana Cree Nation.

Strongman said he is proud to be part of an event that honours Indigenous war veterans who paid the ultimate sacrifice. “We are thankful to the Ponoka Legion for stepping up this year, attending, and being involved,” said Strongman.

“The majority of Canadians do not know about Indigenous veterans. Having an Indigenous Veterans Day is very important, so Canadians become aware of the contributions made by Indigenous veterans who made this country what it is today,” said Stan Orlesky, a member of the Royal Canadian Legion in Ponoka.

Orlesky said it was his first time coming to the Maskwacis Cree Indigenous Remembrance Day ceremony and it was fantastic. 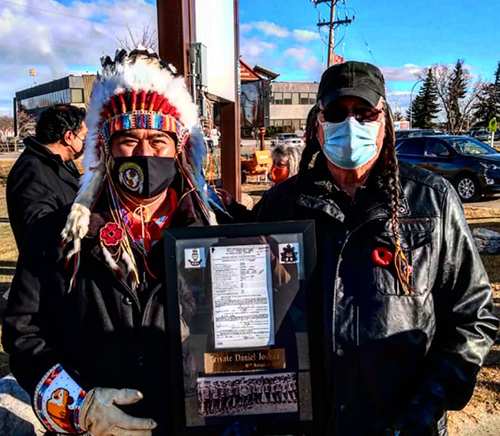 “Today is important, Nov 8. recognizes that our people have done their part in all the great wars. For many of the war veterans, they gave up their rights as Indigenous people to serve,” said Samson Cree Nation Chief Vernon Saddleback.

“Many thanks to the Montana Chief and Council for hosting this year’s somber and powerful ceremony. Heartfelt thanks to all of the other participants, especially those who took the time to share their personal stories with us – we will remember them,” said Wilson. 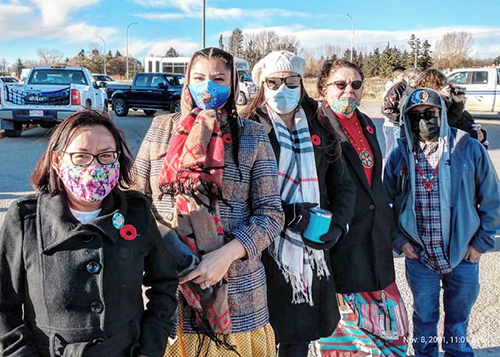 “Our Indigenous veterans went to war and fought for rights, freedoms, and privileges they themselves were denied in Canada,” said Samson Cree Nation Councillor Katherine Swampy.

He said we as Canadians need to do more celebrating of Indigenous war veterans who were neglected for years. “They fought in World War I and 2; when they came home they didn’t get any of the extra services that non-Indigenous veterans got and they weren’t even allowed to join the Legion,” noted Feehan.

He said ceremonies such as today’s help Canadians remember that Indigenous people dedicated themselves to Canada and fought for all Canadians.

“My Mosom (grandfather in Cree) private Daniel Joshua died in World War 1; he paid the ultimate sacrifice for our peace and freedoms,” said Leo Bruno.

Bruno said the Canadian Veterans Compensation Act annexed the outskirts of Maskwacis lands to non-Indigenous soldiers for payment without the prior consent of the four bands. There has been no compensation given to Indigenous families for their sacrifices in the Canadian war.