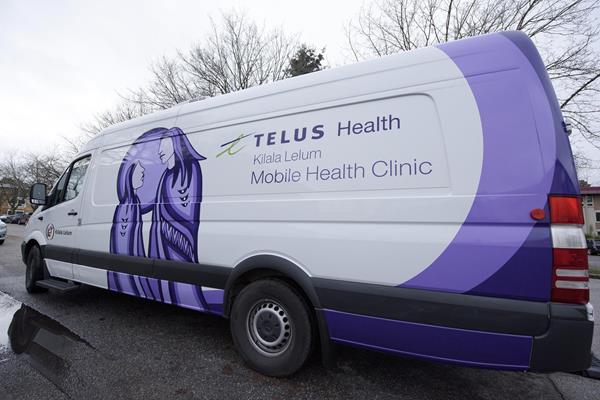 (ANNews) – On March 9, 2021 at 11:00am EST, Indigenous Health Today by Nation Talk is hosting a Virtual Town Hall to discuss the importance of Indigenous-centered healthcare in Vancouver’s Downtown Eastside.

They will be discussing Vancouver’s Indigenous, underserved residents living in the Downtown Eastside and the innovations enabling Indigenous Elder-led cultural care including the new Kilala Lelum Mobile Health Clinic powered by TELUS Health.

“This Virtual Town Hall will drive a meaningful, community building conversation with representatives from both Kilala Lelum and TELUS on the importance of culturally-sensitive and trauma-informed primary medical care offerings for marginalized Indigenous people living in Vancouver,” said IHealth Today in a press release.

The Kílala Lelum Mobile Health Clinic, powered by TELUS Health, is a specially-equipped clinic on wheels that will provide trauma-informed and culturally-sensitive primary medical treatments.

“At TELUS, we believe that everyone should have access to healthcare when and where they need it, regardless of their socio-economic status. Through our partnership with Kílala Lelum, we are removing many of the barriers facing underserved populations by providing Indigenous and non-Indigenous residents of the Downtown Eastside and surrounding areas with access to critical healthcare and social support,” said Darren Entwistle, President and CEO, TELUS.

“As we continue to navigate the global pandemic, this expansion of our Health for Good program will enable us to care for our citizens at a time when access to high-quality, compassionate healthcare, including vital support for mental wellness, has never been more important.”