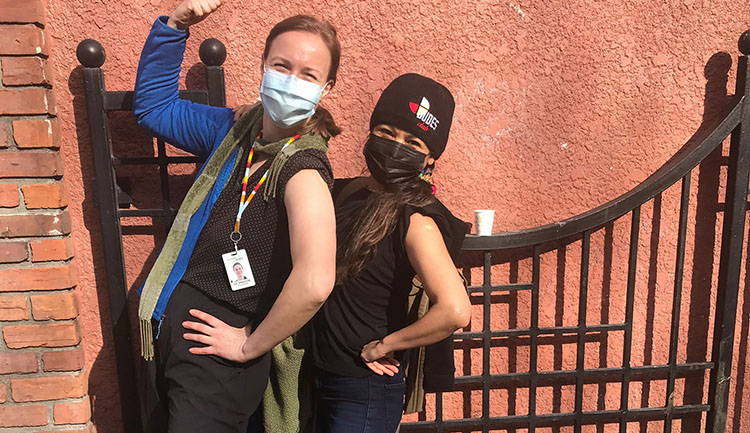 (ANNews) – Kilala Lelum, a clinic in Vancouver, has partnered with TELUS in order to bring culturally-informed mobile medical care to citizens in Vancouver’s downtown eastside.

Members of the clinic and a TELUS spokesperson appeared at a virtual Town Hall discussion on Indigenous Health Today by Nationtalk to discuss the partnership as well as the work they are doing.

Leah Walker, Executive Director of Kilala Lelum, said that “there are many that are housing insecure, have some physical or mental health challenges that don’t come to us. And the van – our mobile medicine house – can go to them.”

To discuss the current needs of underserved residents in downtown East-side Vancouver, Drew Kostyniuk, Nurse Practitioner at Kilala Lelum, explained that, “the challenges and needs here are many of the same that have been here for many years.”

“A lot of people live in poverty; housing is huge issue; healthy relationships with other social supports are a challenge; ghettoization, racism; and legacy of colonization are all things that people here live with.”

“None of that has gone away,” said Kostyniuk.

He then went on to discuss how COVID has caused health supports to reduce their services and the negative effect this has on people.  “A lot of people’s health is not great. A lot of people may have unmet needs regarding their health conditions as well as finding healthy food and getting regular exercise.”

“It’s another layer on top of the stressors that people feel already.”

Approximately 2,223 citizens experience homelessness in the city of Vancouver on any given night, and Indigenous peoples represent a disproportionate 39 per cent of the homeless population.

However, the mobile clinic has allowed the Kilala Lelum Cliniic to expand their supports for those who need it.

“These barriers stem from poverty, homelessness, and experiences of exclusion and racism. Simultaneously, these same people often have the greatest healthcare needs and typically only present to care when there is an extreme health crisis.”

“Through partnership and support from TELUS, we hope that this well-equipped and expertly staffed mobile health clinic will be able to meaningfully connect with people to provide timely, culturally safe and trauma informed care that can prevent health crisis from ever happening, and promote greater health, wellness, and social stability,” concluded Dr. Tu.

As for how the mobile clinic helps underserved citizens, Wendall Williams spoke on the type of work he, as a knowledge keeper has done with Kilala lelum.

“We bring what we have in life experience to the table,” he explained.

“A lot of the work I’ve done in the past was working with corrections, people in corrections, ceremony, sweat lodges, travelling canoe journeys – and then transitioning over to the downtown eastside and bringing all the knowledge.”

“With the Telus out-reach van – last week was my first outing – we went to one of the local parks. Strathcona park or ‘Tent city.’ It was disheartening to see what was actually going on, but it was so accepting by the people who were there once that van showed up,” said Williams.

“To go bring teaching and songs to the people, see people come out of their tents just to come around the sacred fire, and to offer that safe opportunity.”

Nimtaz Kanji, Director of Community Investment and Corporate Citizenship at TELUS, said that “We believe it’s part of our responsibility to deliver better health outcomes, not only for Canadians in general, but specifically for those that are marginalized and need that extra helping hand.”

“This is why we’re so pleased to partner with Kilala Lelum and bring this mobile health clinic to the downtown eastside. It’s powered by TELUS Health technology and I think what we love most about this partnership is that together with Kilala Lelum, we’re able to offer this hybrid model of care.”

“Where we bring primary and mental health care alongside the culturally safe and elder-led care.”