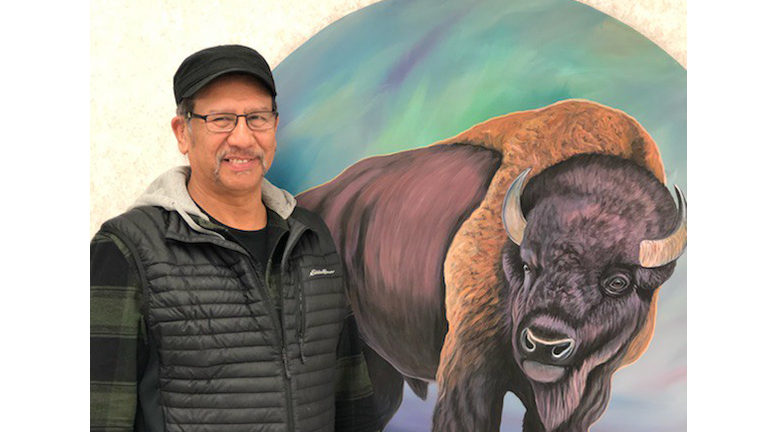 (ANNews) – The chief of Lubicon Lake Cree Nation is walking back his previous support for the Alberta government’s K-6 curriculum that has been rejected roundly by school boards and Indigenous organizations alike.

“I supported the draft but on a deeper dive into the curriculum by our team, it was found wanting,” Chief Billy-Joe Laboucan, who is also the Grand Chief of education for Treaty 8, said in a brief email to Alberta Native News.

As part of the March 29 release of the K-6 draft, Education Minister Adriana LaGrange invited Laboucan to speak at a news conference, where he said the document represents a “really good start,” but this was based on just a page and a half he had seen of the draft.

“We realize that we have a shared history, and that we need to keep focusing on that especially with some of the atrocities that have happened with Indigenous people in this country,” Laboucan said at the time.

He recently told the CBC that upon reading the full draft document, his perspective changed.

“I felt betrayed, because, I mean, they sought my advice, and I said yes. And I was a bit misconstrued,” he said in an April interview. “It made me look like the token Indian.”

Now Laboucan says that not only is the draft a regression from the previous NDP government’s draft curriculum the UCP kiboshed as promised, but is a step back from the curriculum currently in use.

Under the UCP draft, students won’t learn about treaties until Grade 4 and residential schools until Grade 5. The Truth and Reconciliation Commission recommended that these be taught at all grade levels.

“What message does it send to Indigenous students when they are forced to memorize dates in European history for years before learning about Indigenous history in their classroom,” NDP education critic Sarah Hoffman said when the draft was released, calling the document “unacceptable in its current form.”

In April, the Sovereign Nations of Treaty Eight wrote a letter to Premier Jason Kenney calling for the draft to be significantly revised, which Laboucan signed, citing the “deeply offensive” and “glaring absence” of First Nations people from the writing process.

After being criticized for hiring an all-male, mostly white panel to draft the curriculum, the ministry last year asked five Indigenous elders to review the draft.

One of them was Betty Letendre, a Metis residential school survivor who teaches students in Edmonton about Indigenous history and culture, who says the government provided the elders panel with hundreds of pages of documents, giving them just days to provide feedback.

“You thought you were going to get … tokenized people to agree and to be the ‘yes’ people to this curriculum, and that’s just like a slap in the face. Because we are not tokens,” she told the CBC.

Wilton Littlechild, a former Truth and Reconciliation commissioner, provided a quote to the government in support of the draft, praising the UCP government for being the first to include mandatory treaty and residential school education.

But Littlechild told the CBC that he hasn’t read the full draft.

Treaty Six Grand Chief Vernon Watchmaker says schools on reserves don’t have to use the provincial curriculum and may resort to developing their own. But students, whether Indigenous or settler, in provincial schools don’t have that ability, underscoring the importance of providing an in-depth exploration of Indigenous history and culture.

“A history of Alberta that does not begin with the rich and deep histories of the Treaty First Nations and does not accurately portray how we have survived and thrived to this day, is a faulty and incomplete one,” Watchmaker told CTV News after the draft was unveiled.

All of the province’s largest school boards have rejected piloting the draft curriculum, including the Calgary Board of Education, the Calgary Catholic School District, the Edmonton Public School Board, Edmonton Catholic Schools, Red Deer Catholic Regional Schools, where LaGrange once served as a trustee, and Red Deer Public School Board, as well as public and separate school boards in Lethbridge, Medicine Hat, the Regional Municipality of Wood Buffalo and Grande Prairie.