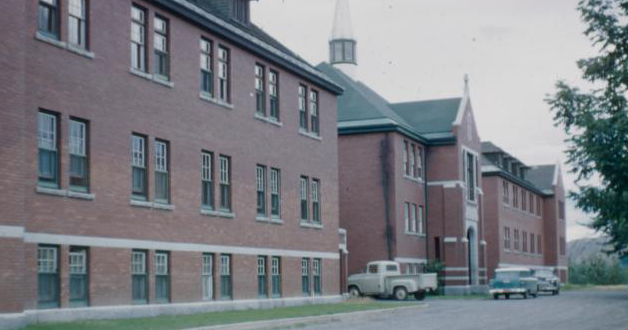 (ANNews) – Last week a mass grave of 215 First Nations children was found buried near a former residential school in Kamloops, BC. The findings caused a massive uproar in not only the Indigenous population, but in every Canadian across the country.

In Alberta, many are showing support and are mourning the loss of those undocumented children.

Edmonton is honouring residential school victims and survivors by lowering all flags at city hall from May 31 to June 8 for a total of 215 hours. Furthermore, the City Council will partake in a 215-second long silence at their next meeting.

Mayor Don Iveson said that the discovery “hits hard” as Edmonton is home to the largest number of residential school survivors and has one of the largest urban Indigenous populations in Canada.

“As an honourary witness of the Truth and Reconciliation Commission, I swore an oath to bear witness, and carry the stories from Canada’s residential school system, and to be an agent of reconciliation,” Iveson said.

“We have long known that thousands of children were unaccounted for, but this mass unmarked grave amounts to stark, heartbreaking and unavoidable evidence of cultural genocide.”

“For those who still deny that this, and other injurious colonial practices, were anything less than cultural genocide, please take a moment to stand before the memorials of children’s shoes that are springing up across this country and reflect carefully on that position,” concluded Iveson.

In Alberta alone there were at least 821 children that died in the 25 schools that operated in the province, but the number of deaths is believed to be much higher.

Calgary Mayor Naheed Nenshi tweeted, “At this time, we feel deep sadness and anger, but we must also act. It is long past time for action. The flags on all City of Calgary buildings are being lowered as a symbol of mourning, but that’s not enough.”

“All governments must commit to the recommendations of the Truth and Reconciliation Commission, not just with words but real action. That means holding true to our commitment to teach this history in every grade so all Canadian children know and commit to a better future.”

The Calgary Mayor later called for the names of two schools in the city to be changed. Langevin School and Bishop Grandin High School were named after prominent figures in the creation of residential schools in Canada.

At the provincial level, the Alberta Government has committed to funding a program that will uncover burial sites at former residential schools.

While the specifics will be announced in the coming days, Minister of Indigenous Relations Rick Wilson said Monday that the program will fund research “into the undocumented deaths and burials of hundreds of Indigenous children who did not make their way home.”

Premier Jason Kenney said, “This discovery, I think, prompts all of us to see whether there are things that have been left undone, particularly with respect to unknown graves or unmarked graves.”

Chief of the Athabasca Chipewyan First Nation, Allan Adam, also responded to the findings in a video statement, “As you all know, we had a residential school up in Fort Chip. It was called Holy Angels Residential School. I myself attended the school. We all know what happened in those schools. We’ve all heard rumours about what was going on in those areas.”

“We also know that there is a mass grave in Fort Chip and it has to be looked upon,” said the Chief, who said that the rubble from the torn-down school was placed on top of the grave.

“All these stories that are true, that are there — we know it’s happened. We’ve seen it.”

Alberta Assembly of First Nations Regional Chief Marlene Poitras said in a Facebook post, “I woke up this morning thinking of the 215 children and the rest of them, approximately 4000+ according to TRC, who have not been found yet!  I think of the residential school in my remote community, a population of approximately 1500, Fort Chipewyan.”

“I believe a full and thorough investigation needs to occur of all residential schools in Canada, including the search for the rest of the missing children’s bodies. And further, that those responsible be held accountable for their actions or lack thereof in the genocide of our Indigenous children, families, and communities in this country!”