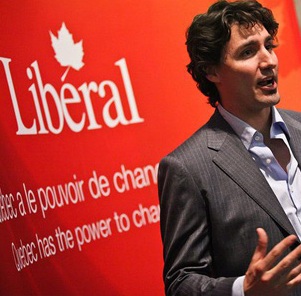 (August 14, 2014) — Increasing the level of transparency and accountability across Canada’s public institutions is both good and necessary. Canadians expect that those given the privilege of serving their country adhere to the highest of ethical standards, and I strongly believe that it is the duty of those in public office to constantly seek new ways to increase the openness of these institutions.

Since I began my campaign to become Leader of the Liberal Party of Canada, I have been talking about the need to raise the bar on openness and transparency in government. I believe that it is how we can restore a sense of trust in our democracy.

In the time since I became Leader, Liberals have taken concrete steps to act on this commitment to openness. Our caucus has put forward our Open Parliament Plan – a tangible plan that aims to shine more light on what happens on Parliament Hill. As a result, all Parliamentarians must now publicly disclose their expenses publicly. I have also introduced the Transparency Act into the House of Commons, a bill which, among other things would make it easier for Canadians to get information from their government.

By comparison, the Conservative government’s efforts to increase transparency have been entirely and narrowly focused on one particular group – First Nations people. And while everyone, including First Nations band members, believes that more transparency is needed, the Conservative government has abjectly refused to consult and work with these communities to create legislation that fosters genuine accountability.

Further, recent Conservative cuts to federal support for First Nations governance means that many bands are being forced to implement the government’s new financial disclosure rules without the appropriate and necessary resources. This presents bands with serious challenges, and has left many First Nations in a position where they are struggling to meet the standards the government has put in place.

Let me say that Liberal Party of Canada categorically supports greater transparency and accountability with First Nations – so do First Nations people. In fact, it was a Liberal government that engaged in a meaningful consultative process with First Nations communities during the 2004 Kelowna Accord negotiations to establish strong new accountability measures which sought to ensure the effective management of First Nations resources. This new plan was promptly discarded by the Conservatives when they came into office.

By failing to consult with First Nations people, the Conservatives have made obvious the political nature of their legislation. They are trying, yet again, to divide Canadians and to point fingers at particular communities in an attempt to score political points. Canadians expect and deserve better from their government. We believe their approach is the wrong approach, and we have said that we would replace their rules with better legislation created in consultation with First Nations people. We would also commit to ensuring that First Nations are provided with the necessary resources to allow them to successfully implement this legislation.

by Justin Trudeau, leader of the Liberal Party of Canada