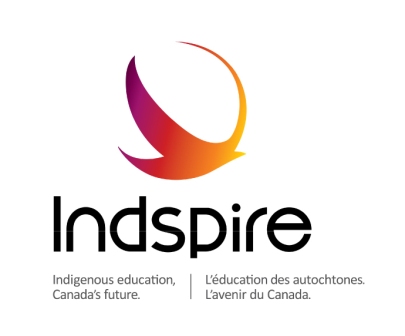 SIX NATIONS OF THE GRAND RIVER, ON, June 15, 2017 /CNW/ – Indigenous students given financial support for post secondary education have a 96 per cent graduation rate and 53 per cent go on to pursue a second degree, master’s or PhD. These findings are part of a study of students involved with Indspire, an Indigenous-led charity that invests in the education of Indigenous people.

In celebration of National Aboriginal Day (June 21) and Canada’s sesquicentennial, Indspire is calling on Canadians to invest in Indigenous youth education to help them achieve their highest potential.

“The dedication of the students involved in Indspire’s programs demonstrates the potential and hope these young people have”, says Roberta Jamieson, President and CEO, Indspire. “Canada’s 150th provides an opportunity for Canadians to recognize this potential and invest in their education. These young people are not just future Indigenous leaders but future leaders of our country.”

Many people believe that Indigenous students are guaranteed government funding for all of their education. This is a myth. According to the Canadian Federation of Students, from 2006 to 2011, more than 18,000 Aboriginal people were denied funding, representing approximately half of those who qualified. Funding shortfalls often see priority given to shorter college programs over professional or graduate programs.

Indspire supports students through its Building Brighter Futures: Bursaries and Scholarship Awards (BBF). While the organization receives requests from thousands of students each year, it can meet less than 11 per cent of the need. Private donors, Bill and Penny Eakin, will match all donations made to the “Building Brighter Futures” campaign up to $150,000. Each matched donation will then be matched again by the Government of Canada providing real impact on this pressing need.

According to Statistics Canada, in 2011, 48 per cent of Aboriginal people had a postsecondary qualification compared to almost 65 per cent of non-Aboriginal students aged 25 to 64. The key barrier: lack of financing. However, the students involved with BBF prove that financial support has strong benefits.

The results of the study are as follows:

In 2016-17, Indspire awarded over $11.6 million through 3,764 scholarships and bursaries to Indigenous students across Canada. To donate, please visit: www.BuildingBrighterFutures.ca

The survey was sent to a sample of 779 Building Brighter Futures: Bursaries and Scholarship Awards recipients who indicated in fiscal year 2014 and 2015 they were in their final year of study. There was 365 completes representing a 47 per cent response rate. The survey canvased demographics, education, employment and reciprocity.

Indspire is an Indigenous-led registered charity that invests in the education of Indigenous people for the long-term benefit of these individuals, their families and communities, and Canada. In partnership with Indigenous, private and public sector stakeholders, Indspire educates, connects and invests in Indigenous people so they will achieve their highest potential.