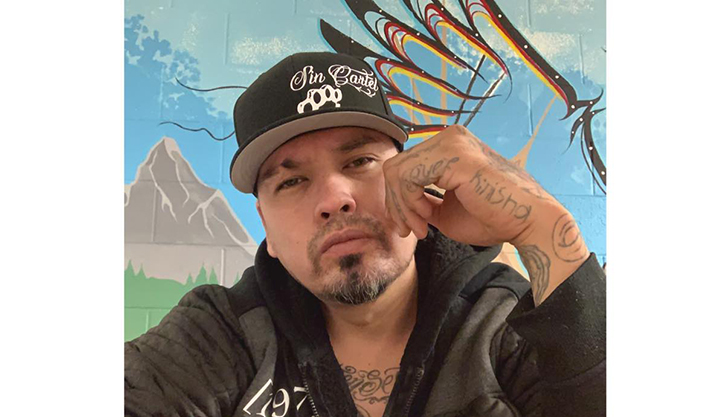 (ANNews) – Don Ward JR, is a successful Edmonton-based tattoo artist who comes from a family of artisans. He is the proud owner of Styles Inkz – the name is derived from when he was a break-dancer known as Styles in the ’90s. He is a multi-talented Cree artisan from Enoch Cree Nation who in addition to tattoos, creates low-rider cars, airbrushing, and various native arts and crafts.

Ward JR has been tattooing since 1994, at the age of 14. Creating art helped him survive through a turbulent childhood, he said, and it continues to be a healing force.

There have been moments in his life when he’s struggled with addiction, and he felt lost, but “I picked up that paintbrush and I would create,” he said. 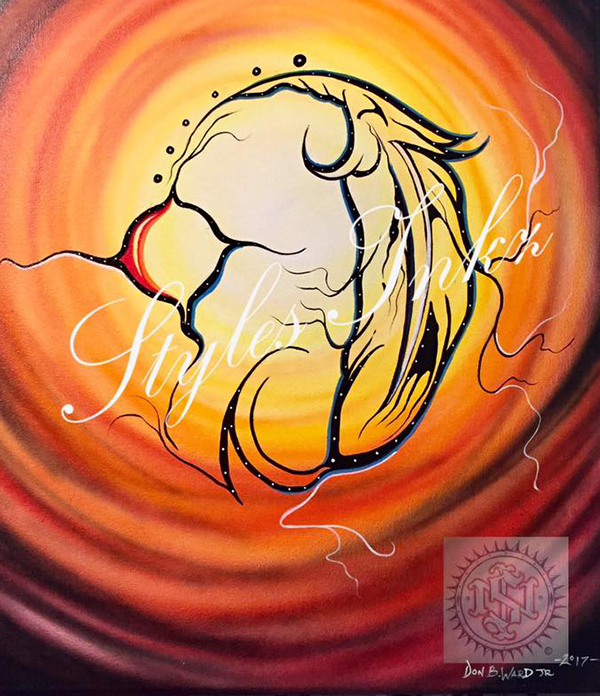 “I never thought tattooing would be the extent that it is today – my life revolves around it. I feel proud to show the world what I can do… It’s a freedom for me.”

Although he is the first tattoo artist of the family, Ward JR. says he inherited most of his art genes from his father who was a gifted Indigenous artisan.

“My late father was a sketch artist and he inspired me to be an artist,” he said, “and he had tattoos. I wanted to be like my dad – Donald Bruce Ward SR. I wanted to have a tattoo like my dad. He plays a huge inspiration behind my interest in cars, art, and crafts.”

“My style is California, Lowriders, and Chicano Art,” he added.

Tattooing takes passion and that is something Ward JR lives by. “I don’t look at tattooing as something taboo,” he explained, rather it is something that represents you as an individual.

“Every tattoo on your body represents something in your life that you have gone through or you’re working towards,” he said.

Most people get tattoos to respond to a personal journey in their life and it has meaning to the individual getting the tattoo. Then there are those people that get trend tattoos – which Ward JR does not recommend. “Trend dies out and your tattoos won’t be meaningful forever,” he said.

“I’m close within our Indigenous culture when it comes to tattooing,” he explained. He works with his clients to make sure they get the right tattoo. “I try to reach into their imagination and pull it out. Where they basically get the tattoo that they thought of, but I created.”

He said that Indigenous people have lost a lot of culture due to the impacts of colonialism, racism, and cultural genocide. Historically Indigenous people created tattoos that represent sacred ceremonies, rites of passage, and sacred rituals. When a Cree person reached adulthood, they would go through ceremony and after the ceremony, they would get a tattoo to represent their Nation and Clan, he explained.

As a result of “everything our people have gone through we have lost a lot of our ancestor’s history, and many have forgotten,” said Ward JR.

Artists are re-learning the culture of Indigenous tattoo art and it’s part of an overall resurgence in reclaiming our history and Nationhood markers, he said.

Ward JR started creating art when he just a child. It was a form of escapism from a turbulent childhood.

He said, “Home life wasn’t good. My parents were drinking, and I would put myself away in the corner of the house and create art.”

“Painting saved my life as a child. Growing up in an alcoholic family, art was my escape from that world.”

He said when he had no one else to talk to he would pick up a paintbrush.  “You can lose yourself in art where you don’t even feel like you are on this planet anymore,” said Ward JR.

His message to Indigenous youth is: “Don’t let anything stop you from getting what you want. Your dreams are always there as long as you want to get there.”

He offers some safety tips for those thinking of getting a tattoo. You need to ensure that your tattoo artist is up to code and standards to prevent bloodborne pathogens which are infectious microorganisms in human blood that can cause disease in humans. These pathogens include but are not limited to, hepatitis B (HBV), hepatitis C (HCV) and human immunodeficiency virus (HIV). Needlesticks and other sharps-related injuries may expose workers to bloodborne pathogens. Click My Alberta for safety tips on Tattoo and Piercing Safety.