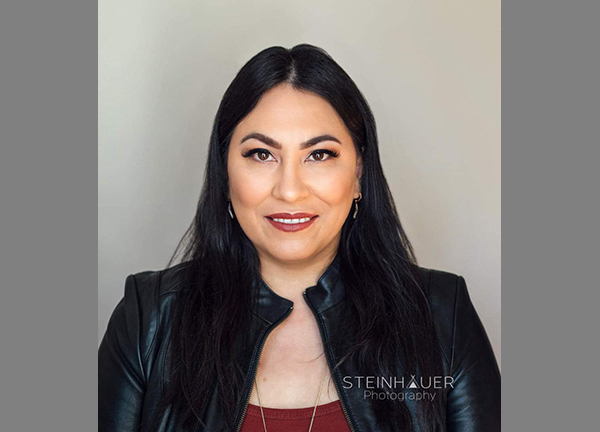 Singer, songwriter Stephanie Harpe opens up about being an advocate for missing, murdered and exploited Indigenous people. (Photo supplied).

(ANNews) – Stephanie Harpe is a passionate international advocate for Missing, Murdered and Exploited Indigenous People (MMEIP). She is speaking out to increase awareness of the need for “action, support for grassroots people, and supportive programming for families” of MMEIP.

The need has never been greater than right now, said Harpe in an exclusive interview with ANNews. COVID-19 has exacerbated existing social conditions and criminal acts against Indigenous communities have increased during the pandemic.

Harpe is an acclaimed singer, songwriter. She comes from an Indigenous political family in Northern Alberta, from Fort McKay First Nation, and speaking up for others, leading by example, and using her voice comes naturally to her.

Notable family members include Harpe’s aunt Chief Dorothy MacDonald, the first Aboriginal woman to be elected Chief of an Alberta Band. She was also a pioneer in the development of consultation models, regulatory boards, and agencies that protect Fort McKay and other First Nations across Canada. Hereditary Chief Phillip McDonald is her grandfather.

Stephanie’s mission and dedication to the MMEIP movement stems from a personal family tragedy; her mother Ruby Anne McDonald was brutally murdered in Edmonton in 1999 and tragically “many of my friends have gone missing and murdered,” said Harpe.

“I am a survivor, but most of all I am also a powerful, healed person…I am a voice for people who are unable to use their voice.”

High rates of systemic discrimination, exploitation, community stalking, lateral violence, hate groups, online threats, abuse, and violence against Canada’s First Peoples make speaking up difficult for some Indigenous people – that leaves many people without a voice due to fear of retaliation. Harpe’s advocacy helps give them a voice.

Her healing journey has helped her become an effective and compassionate advocate for others in similar situations. Being an advocate is a 24 hours /7 days a week role, she said, and she is using her voice to speak with and for families of MMEIP and youth.

Harpe facilitates many effective in-person and virtual workshops across Canada – advocating for and empowering families of MMEIP, and increasing awareness.  She collaborates with Kari Thomason on many of her projects and the two have been an effective advocacy team in Edmonton.

Harpe said that she is frustrated with all the government delays during the pandemic and she is ready to get to work.  “We have done some provincial work during the pandemic through Act Alberta,” she said. “We advised on getting an Indigenous liaison officer hired by Edmonton Police Service EPS.”

The 2019 report titled – Reclaiming Power and Place: The Final Report of the National Inquiry into Missing and Murdered Indigenous Women and Girls and 231 Calls for Justice was released almost two years ago, Harpe explained, but no clear actions have been taken by the Canadian Government.

Earlier this month the Alberta government received the MMIW working group’s final report and the province is now reviewing the report to study their recommendations and determine the next steps.

Harpe told ANNews that the scope of the crisis is not gender specific and she explained that the new acronym MMEIP better describes the ongoing national tragedy of Missing, Murdered and Exploited Indigenous Peoples across Canada. The new acronym is all-inclusive for males, females and people who are gender diverse.

She added that there are over 700 murdered and missing Indigenous men and boys in Alberta that no one is talking about. “That’s why we changed it to MMEIP to include all victims.”

Harpe said that there is not one organization that is doing the work on MMEIP but there are many organizations. She said funding needs to be prioritized to organizations that are doing meaningful work, that hire Indigenous professionals, and have ongoing relationships with Indigenous communities.

Harpe ended the interview by asking Alberta Native News readers to be aware of a new website called www.aboriginalalert.ca which is continually sharing information about missing individuals in Canada.

1 Comment on "Stephanie Harpe advocates for missing, murdered and exploited Indigenous people and their families"