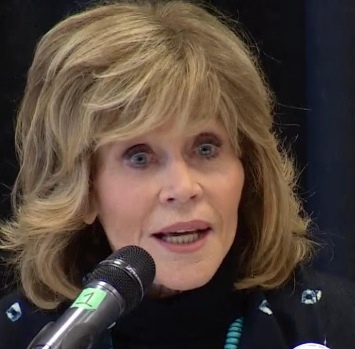 The delegation railed against the approvals for being in direct conflict with Canada’s commitment to Indigenous Rights, the U.N. Declaration on the Rights of Indigenous Peoples (UNDRIP), and the Paris Climate Agreement. They called on the general public to stand with them to ensure the rights of Indigenous peoples are upheld and protected and tar sands expansion does not continue.

“When Prime Minister Trudeau says he looks forward to working with Trump on yet another tar sands expansion pipeline, Keystone XL, that tells you everything you need to know about Trudeau’s commitment to respecting Indigenous rights and protecting us all from the current and clearly evident ongoing disastrous impacts of climate change,” said Grand Chief Stewart Phillip, President of the Union of BC Indian Chiefs.

“We can either have a safe future or even more dirty tar sands production – we can’t have both. Thankfully, millions of people understand that basic fact and we know we will have many allies as we take on the Kinder Morgan tar sands pipeline in BC.”

“The approval by the Trudeau government of tar sands pipelines like Line 3 over the strong opposition of First Nations is yet another in a long line of broken promises by the Canadian government – broken promises not only to us as Indigenous Peoples but also to every Canadian who believed that the Trudeau government would show true leadership in tackling climate change,” said Grand Chief Derek Nepinak of the Assembly of Manitoba Chiefs.

“We will not go down without a fight, however, and the Assembly of Manitoba Chiefs has recently filed legal proceedings against the Line 3 pipeline on the basis of our Constitutionally protected rights but also our own laws, namely the Great Binding Law.”

“It’s time the government respects the rights and decisions of First Nations regarding their own territory, lands and resources, putting an end to old practices of pushing through destructive project in our homelands without our consent,” said Athabasca Chipewyan Chief Allan Adam.

“This is not just about pipelines, the fact remains new tar sands projects are continually approved by the Provincial government despite our concerns and opposition. It’s time First Nations people, from Standing Rock to right here in Alberta, and all people demand another way forward. My people can’t afford more approvals and neither can the planet. We need to support, uphold and defend Indigenous peoples rights and the right to say enough is enough.”

“Over 120 First Nations and Tribes on both sides of the border have said no to tar sands expansion through their traditional territory,” said Indigenous Rights advocate and Academy Award winner Jane Fonda. “If Prime Minister Trudeau and President-elect Trump won’t respect their decisions, people across Canada and the United States must show that they do and stand with Indigenous People to stop these tar sands pipelines and expansion projects.”

120+ First Nations and Tribes have signed the Treaty Alliance Against Tar Sands Expansion stating their official opposition to the expansion of the tar sands and against new tar sands pipelines or rail traffic through their traditional territory and pledging to collectively stop the expansion plans.  One of the prime tenets of UNDRIP, endorsed by both the Canadian and Albertan governments, is the right for free, prior and informed consent to proposed projects that may affect the lands they customarily own, occupy or otherwise use.