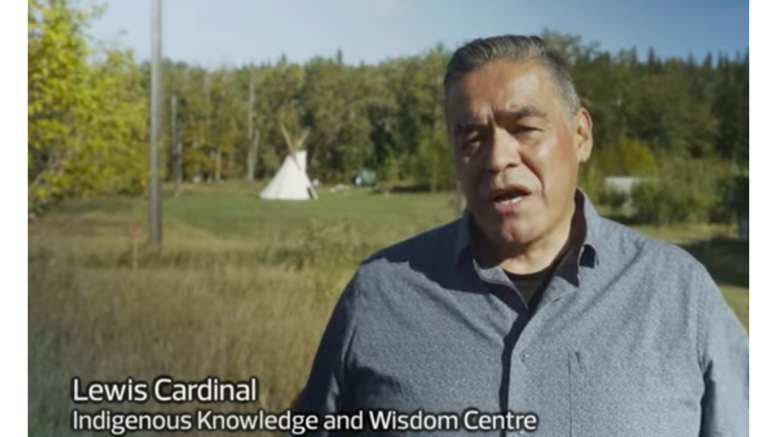 (ANNews) – Edmonton will soon be home to Canada’s first urban Indigenous ceremonial grounds, with construction underway on the facility south of Whitemud Drive and Fox Drive, which is slated for a spring opening.

kihciy askiy, which means “sacred earth,” has been in the works for nearly 20 years. It will provide a space for Indigenous peoples in Edmonton to host ceremonies, sweat lodges, cultural camps and talking circles, in addition to facilitating intergenerational learning and growing medicinal herbs.

“Most of our peoples in the city have transportation issues so they can’t leave the city in order to do ceremonies,” Lewis Cardinal, the Indigenous Knowledge and Wisdom Centre (IKCW) project manager for kihciy askiy told reporters in September.

“We’re the only group of people who have to leave the city in order to pray. We don’t have a mosque, a temple or a cathedral that we can pray in, but now this is our cathedral, our mosque and our temple — a place where anyone can come to learn about and be connected to Indigenous traditions.”

IKCW is an organization dedicated to Indigenous education, which partnered with the City of Edmonton on this project.

Cardinal added that his “heart is really full” now that the project is reaching completion, demonstrating how Indigenous peoples can collaborate with municipalities in the spirit of reconciliation.

“To be here today, after all these years, is really to be stepping into a dream that I know is going to be beneficial for many Indigenous families and youth and elders, but also Edmontonians, because we also will have our door open for non-Indigenous people from Edmonton to be able to come in to learn,” Cardinal said.

The site is intended to be a solemn, introspective place. More lively events like powwows won’t occur there, he said.

“We don’t want this to be a tourist attraction and the elders have made that very clear,” Cardinal told Global News.

kihciy askiy will have a capacity of 100 and adhere to the city’s noise bylaw. There will be a circular area with up to eight sweat lodges, two permanent stone heating devices and a water source, as well as an area for tipis with a fire pit for ceremonies and an amphitheatre, Global reported.

A pavilion building will house a gathering room, bathrooms, locker rooms and storage for ceremonial items.

The site’s location is no coincidence. According to Alexis Nakota Sioux Nation Elder Howard Mustus, it’s where Indigenous peoples historically engaged in trade with settlers and gathered to socialize.

Cardinal said he’s received calls from officials in Toronto, Saskatoon, Calgary and Winnipeg, who want to establish a similar space in their communities.

“Most Indigenous people are no longer living in their traditional communities, they’re in the urban centres. So they need to have access to culture,” Cardinal said.

A ground blessing event occurred at the site in September 2021 to seek blessings from Mother Earth prior to construction beginning.

Clayton Kootenay, also of the IKWC, spoke at the time of an Indigenous man who had a “vision” of being able to practice their ceremonies while being able to return home the same day. “I think we’re closer and closer to that vision,” Kootenay said.

Elder Phyllis Mustus, said Indigenous people haven’t had the ability to fully embrace their cultures within the city limits. Now, things are changing.

Howard Mustus said there’s also an educational opportunity for settlers. “I want to see kihciy askiy move in the direction to educate non-Indigenous people,” he said.

Tiffany Shaw-Collige of Reimagine Architects, which has been contracted to design the site, said as a Metis person growing up in Edmonton, her traditional practices were inaccessible to her.

“Now seeing it, this is really full-circle moment for myself and my family,” she said.