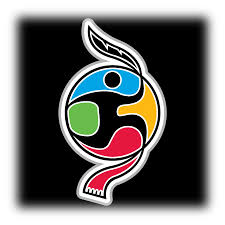 Excitement is mounting for the North American Indigenous Games (NAIG) 2014 that will take place in the City of Regina from July 20-27. This year’s competition marks the second time that a Saskatchewan city will play host to this prestigious event, one that will see over 4000 Native American, First Nation, Métis and Inuit athletes aged 14-19 compete in 15 different sporting events.

“It’s going to be a wonderful event,” noted NAIG 2014 CEO Ron Crowe. ” As of June 10, there were 4511 coaches, managers, chaperones and athletes registered for the Games; 3600 were athletes. We anticipate that the final tally of athletes will exceed 4,000.”

More than 2,000 volunteers are needed to participate in an event as large as this one and applications are still being accepted.

“We have about 1800 volunteers to date,” added Crowe, who said he’d welcome “about 300 or 400 more. If you would like to participate check our website for information on how to become involved.”

Sponsored by the Province of Saskatchewan, the City of Regina, the Federation of Saskatchewan Indians and the Government of Canada, the 2014 Regina NAIG event was developed for the enjoyment of athletes and spectators, explained Crowe.  And it will embrace four cultural components including the opening and closing ceremonies, a pan provincial Lance Run, a Cultural Village and an Elder’s Program. 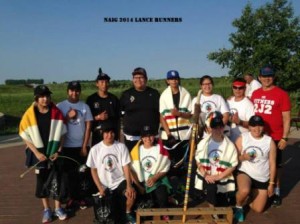 One of the highlights of the 2014 Regina NAIG Games is the Lance Run, a traditional undertaking that celebrates achievement and attaining one’s goals. The run began in Prince Albert on July 1 and will continue to Batoche and Saskatoon. North Battleford, Meadow Lake, Waterhen Lake, Canoe Lake, Ile-a-la-Crosse, La Ronge, Montreal Lake, Nipawin, Melfort, Kamsack, Yorkton, Melville, Stoughton, Kisbey, Carlyle, Fort Qu’Appelle, Echo Valley, Zehner and Regina are some of the locations that will be visited along the route. The purpose is to honour the traditional ceremonies and spirituality of the Games, as well as to increase awareness and excitement for the Games by having youth athletes embark on a cross-provincial journey – travelling through urban and rural – Indigenous and Non-Indigenous communities.

In an effort to increase the excitement of the Games, the Lance-Run is being promoted throughout all the communities it travels through. To see when it will pass through your community a schedule of locations, dates, times and events has been posted.

“We have 10 youth runners ranging in age from 14 to 18,” explained Ross. “These youth were selected from a pool of 50 applicants, based on their community service, running ability and references provided. The youth runners will carry a ceremonial Lance around the province to honour and celebrate their achievements and the upcoming Games. These youth are very fortunate because they will get an experience of a lifetime and run a total distance of 200 kilometres in 14 days.”

Elder Alma Kytwayhat spoke about the history of event. “The tradition goes back hundreds of years,” she explained. “Each tribe had a runner or a guide who would go ahead of a main group. This rider would go ahead and find a place where there was safety and a good supply of food. A lot of times these runners would not return as the enemy would get to them first. It is a very sacred tradition. The ones who are chosen to make the Lance are selected in dreams. It is a gift that is passed on through the spirits and the Creator. The Lance-keeper is a very respected and trusted individual who is held in high esteem in the community. The Lance is symbolic of all those who have reached their goals.”

Well known sports organizer Allan Ross is coordinating the Lance Run. “Twenty communities have stepped up to provide a welcoming to our Lance Run Entourage,” he said in  a recent interview. “All host communities will have a welcoming committee who will provide a meal to the runners and to their community members who join in the welcoming. Some communities will conduct cultural and spiritual ceremonies to coincide with their welcoming. Some will invite local dignitaries and local media. Some communities promise to have their own runners run in the with the Lance.” 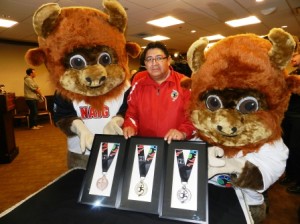 The two buffalo symbols will accompany the runners as they make their 14-day, 200 kilometre journey from various regions of the province, arriving in Regina on July 19, the day before the Opening Ceremonies gets underway.

“This will certainly be an enjoyable and exciting run,” assured Ross. “They are very adorable and will be a highlight for the children; these unique symbols will be proudly displayed for all to see and touch.”

The RCMP will escort the runners at every host community.

An incredibly talented line-up of artists from across North America will be performing at the opening and closing ceremonies and throughout the week at the Cultural Village. Some of the top headliners that will grace the stage are George Leach, Inez Jasper, Crystal Shawanda, Sagkeeng’s Finest, Asham Stompers, DJ K-You and A Tribe Called Red.

The theme of the 2014 Games, “Raising the Bar” focuses on two important elements, said Crowe.

“First, it’s time to recognize the healthy lifestyle choices young Indigenous people and our future leaders from across North America have made in an effort to compete, and second, it’s important to highlight the fact that the level of competition and the often-extraordinary performances of the athletes are comparable and competitive at any level.” 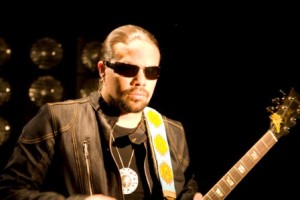 Juno Award winning George Leach will headline the spectacular opening ceremony along with Jasper Inez, Crystal Shawanda and a host of other wonderful performers.

The 2014 Regina NAIG Games gets underway at 2:00 p.m. on Sunday, July 20 with a two-hour Opening Ceremony that will take place in Regina’s Mosaic Stadium, home of the CFL’s Saskatchewan Roughriders. The competition begins on July 21. Though the complete schedule was unavailable at press time, competitions will be held in locations that include: Optimist Park, Wascana Lake, Mosaic Stadium, Tor Hill Golf Course, the Al Ritchie and Doug Wickenheiser Arenas, the University of Regina’s Leibel Field, Rambler Park, the Cultural Village at the First Nations University and the Sportplex Fieldhouse.

The medals that will be presented during the NAIG 2014 Games were designed by Regina-based Laurie Artiss (The Pin People), and are being sponsored by the Saskatchewan First Nations Community Development Corporations Association (CDC).

“We are very pleased with the tremendous support we have received from our key sponsors and from the community-at-large,” assured Crowe. “We are also extremely honoured to have the CDC as an important part of the Games.”

Saskatchewan CDC Association Chair Stan Bobb shared his thoughts: “On behalf of the Saskatchewan First Nation Community Development Corporation Association we bring greetings and well wishes. The CDC is affiliated with the Northern Lights, Gold Eagle, Dakota Dunes, Painted Hand, Bear Claw and Living Sky Casinos. Together, we work with the communities in our respective areas to support initiatives for our young people in hopes of providing opportunities that will help improve their quality of life. The Boards of Directors of our respective CDCs understand the importance of supporting our youth and providing a platform to display their highest level of sporting achievements. It is with this thought that we are honoured to play a role in this prestigious event. We look forward to seeing you at the venues supporting our future leaders.”

Two official symbols for the 2014 Games have also been announced.

“In consultation with our Elders and with the inclusion of ceremonies, the Host Society developed two icons to be unveiled as the symbols,” noted Crowe. “The symbols were created in the likeness of the Buffalo, an animal that is the subject of many legends in Treaty #4 Territory and an animal that is considered Sacred by the Plains Indigenous people of the Americas. The Adult Symbol will be known as “Paskwa-Moostoos” which is Nehiyawewin (Cree) for “Buffalo” and the Youth Symbol will be known as “Tatanka Ci’Stina” (Chis tina), which is Dakota for “Little Buffalo.” Collectively, the symbols will be known as “Children of the Buffalo Nation.”

The history of the North American Indigenous Games began in Alberta in the early 1970s. Lead-up events included the 1971 Native Summer Games, which was hosted on the Enoch First Nation near Edmonton. More than 3000 athletes participated in 13 events. In 1973 the venue moved to the Blood Reserve in southern Alberta. The first NAIG event took place in Edmonton in 1990, fulfilling a long-standing dream that would see Indigenous populations from across the continent gather together to compete in sports, highlight cultural activities and honour cultural traditions. Other events took place in Prince Albert (1993), Blaine, Minnesota (1995), Winnipeg (2002), Denver, Colorado (2006), Duncan, B.C. (2008) and Milwaukee, Wisconsin (2011).

The largest event, held in Denver in 2006, included 10,000 athletes from more than 1000 Tribes and FNMI communities across Canada and the USA. For more information on the 2014 Regina NAIG Games see the website at: regina2014naig.com.