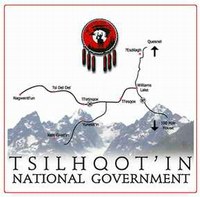 First Nations across Canada are celebrating a Supreme Court of Canada decision that declares Aboriginal title of more than 1,700 square kilometres of land in British Columbia to the Tsilhqot’in First Nation. This is the first time the court has made such a ruling regarding Aboriginal land.

On June 26, The Supreme Court of Canada (SCC)  made a landmark decision in William v. Canada, a case dealing with the nature and scope of Aboriginal title and governance over Aboriginal title lands. The Tsilhqot’in Nation took the case to the country’s highest court to defend their title and rights to their traditional territories in the central interior of British Columbia seeking a declaration of Aboriginal title.

In a unanimous decision written by Chief Justice Beverly McLachlin, the Court upheld the trial judge’s findings that the Tsilhqot’in had proven Aboriginal title to approximately 200,000 hectares of land and went further than the trial judge by overturning the court of appeal and actually granting a declaration of Aboriginal title. 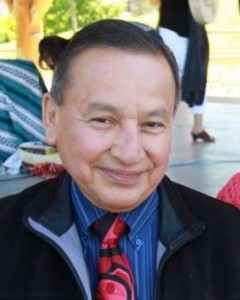 “We take this time to join hands and celebrate a new relationship with Canada. We are reminded of our Elders who are no longer with us. First and foremost we need to say sechanalyagh (thank you) to our Tsilhqot’in Elders, many of whom testified courageously in the courts. We are completing this journey for them and our youth. Our strength comes from those who surround us, those who celebrate with us, those who drum with us,” said Plaintiff, Chief Roger William of Xeni Gwet’in.

“First Nations across this country have taken legal action, entered into treaty, practiced their language and demonstrated use of the land and through this they have supported us – we thank you. Non-First Nation organizations and First Nation organizations are adamant in helping us and we are grateful. We are especially grateful for the support we have received from our neighbours, the non-Aboriginal residents and businesses in the title area, who intervened before the SCC to say that they welcomed a declaration of Aboriginal title. These organizations have been interveners and in general support – sechanalyagh.”

The William case arose from what was initially the Xeni Gwet’in and Tsilhqot’in Nation’s response to logging activities within their territory more than two decades ago, when the Nation engaged in direct action and commenced legal proceedings to protect their title and rights.  In November 2007,  Justice Vickers of the B.C. Supreme Court found that the Tsilhqot’in had proven Aboriginal title to approximately 200,000 square hectares of land (representing approximately half of the Tsilhqot’in traditional territory claimed in the suit) in and around the remote Nemiah Valley, south-west of Williams Lake, B.C.. Vickers, however, failed to grant an actual declaration of Aboriginal title based on issues he had with the pleadings. At the B.C. Court of Appeal, the court would also not grant a declaration of Aboriginal title but went further in saying that the trial judge had overreached in determining the extent of Tsilhqot’in title lands and that if a declaration could be granted it would only be for “specific sites”. On September 24, 2012, Roger William and the Tsilhqot’in Nation sought leave to appeal the B.C. Court of Appeal’s decision, which was granted by the Supreme Court of Canada and heard on November 7, 2013.

The Tsilhqot’in National Government issued a statement that the SCC ruling “ends a long history of denial and sets the stage for recognition of Aboriginal title in its full form. Rejecting the BC Court of Appeal’s impoverished view of title as specific, intensely used sites is a step towards true and lasting reconciliation for all First Nations. The Tsilhqot’in First Nation has worked tirelessly with many organizations to make this a reality.” 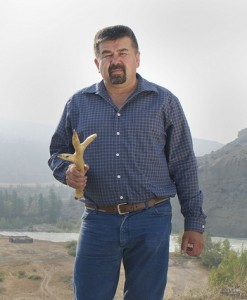 Tsilhqot’in National Government Tribal Chairman Chief Joe Alphonse, Tl’etinqox Government,  said, ” Under our own laws and teachings there is no question that these are our lands. This is the end of denying rights and title. We met the legal test in 2007 and that should have been the end of it. This decision will bring much needed certainty for First Nations, government and industry. This case is about regaining our independence – to be able to govern our own Nation and rely on the natural resources of our land. We are ready to move forward in this new relationship with government and industry. That work starts today.”

AFN spokesperson and Regional Chief for Quebec/Labrador Ghislain Picard said, “On behalf of the First Nations across the country, we extend our congratulations and convey our gratitude to Chief Roger William, the Xeni Gwet’in and the Tsilhqot’in National Government for their leadership and determination in bringing this case forward and taking on this challenge over the past 25 years. This is truly a landmark decision that compels us all to embark on a new course. The court has clearly sent a message that the Crown must take Aboriginal title seriously and reconcile with First Nations honourably. This decision will no doubt go down in history as one of the most important and far reaching ever rendered by the SCC.”

AFN Regional Chief of British Columbia Jody Wilson-Raybould stated, “This decision means we now have the opportunity to settle, once and for all, the so-called ‘Indian land question’ in B.C. and elsewhere in Canada where Aboriginal title exists through good faith negotiations. But in the short term, this decision will expose for all Canadians just how ineffective and limited the current mechanisms are for Canada to actually reconcile with First Nations when the Crown is required to do so.  It is essential that the federal government coordinate its efforts and develop a broad reconciliation framework, which includes scrapping the existing comprehensive claims policies, overhauling the broken B.C. treaty making process and developing new and appropriate mechanisms to support reconciliation including self-government recognition legislation. This decision is the wake-up call the government needs and the Prime Minister must now take seriously First Nations’ solutions and proposals aimed at reconciliation. With leadership, our country can and will move forward from its colonial past towards a new spirit of cooperation based on respect and understanding and where First Nations become full partners in confederation.”

In response to the SCC ruling, Bernard Valcourt, Minister of Aboriginal Affairs and Northern Development stated, “The decision by the Supreme Court of Canada on the appeal filed in the Roger William case involves complex and significant legal issues concerning the nature of Aboriginal title in the Province of British Columbia.  The Government of Canada is now taking time to review the Court’s decision to determine next steps. Our Government believes that the best way to resolve outstanding Aboriginal rights and title claims is through negotiated settlements that balance the interests of all Canadians. Since 2006, we have concluded four treaties in British Columbia with a number of other agreements at advanced stages of negotiations. We are committed to continuing this progress and ensuring an effective process for negotiating treaties.”