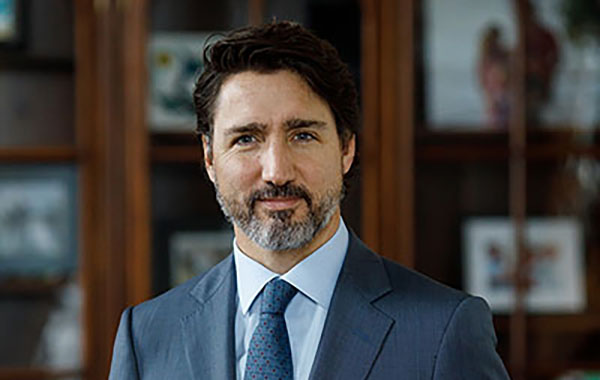 (ANNews) – On February 14, 2022 Canada made history as Prime Minister Justin Trudeau enacted the Emergencies Act, a “last resort” effort to bring an end to the trucker convoy protests and blockades.

The current iteration of the emergencies act grants the government extraordinary powers for up to 30 days, such as:

Allowing the RCMP the jurisdiction to enforce municipal and provincial bylaws;

Prohibiting taking part in a public assembly that breaches the peace and goes beyond lawful protest;

Authorizing financial institutions to stop financing efforts, such as freezing or suspending affiliated accounts without a court order;

And fining up to $5000 or threatening imprisonment for up to 5 years for those who break any of the above rules.

The last time the act was invoked was when it was still called the War Measures Act, and it was during the FLQ October Crisis — which coincidently was invoked by Trudeau’s father.

“Right now the situation requires additional tools not held by any other federal, provincial, or territorial law. Today, in these circumstances, it is now clear that responsible leadership requires us to do this,” said Trudeau.

“We cannot and will not allow illegal and dangerous activities to continue. The Emergencies Act will also allow the government to ensure that all essential services are rendered,” he said.

Trudeau also iterated that the act does not include military intervention or a suspension of fundamental rights under the Charter of Rights and Freedoms — if that route were to be pursued, it would be done so through the National Defence Act.

“We are not preventing people from exercising their right to protest legally. We are reinforcing the principles, values and institutions that keep all Canadians free” and “restoring confidence in our institutions,” said Trudeau.

However, it is important to note that the powers will only be granted to the provinces and regions that need them.

For example, Ontario Premier Doug Ford declared a state of emergency and used the new powers to create stiffer fines and penalties on protesters, such as $100,000 fines and 1 year imprisonments.

On the other hand, Alberta Premier Jason Kenney is against the act and said the province will not be invoking it.

“The view I have, which I conveyed to the prime minister… is that this is not necessary, at least for an Alberta context,” he said. “We don’t believe this is necessary in Alberta. We think it could actually be somewhat counterproductive.”

The same day that Trudeau announced the invocation of the emergencies act, the blockade at Coutts, Alberta was raided by RCMP officers after two weeks without government intervention.

They reportedly made 13 arrests and seized 13 long guns, handguns, multiple sets of body armour, a machete, ammunition and high-capacity magazines.

The RCMP alleged that some of the protesters were willing “to use force against the police if any attempts were made to disrupt the blockade,” with 4 people a part of the protest being charged with conspiracy to murder.

The blockade was finally dismantled the next day.