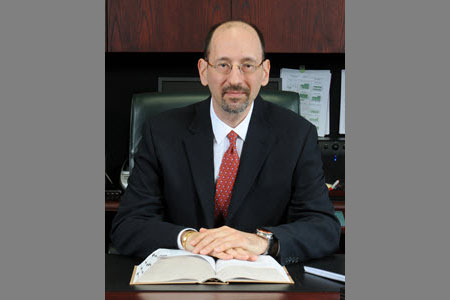 (ANNews) – Last week, the Office of the Correctional Investigator presented an annual report to parliament that suggested a racial bias within Canada’s prisons.

In the report, the prison watchdog found that Black, Indigenous and other people of colour (BIPOC) were more likely to experience ‘use-of-force’ while incarcerated in the federal system.

“My investigation of race and involvement in use of force incidents in federal penitentiaries is deeply troubling,” says Dr. Ivan Zinger, Correctional Investigator of Canada.

“We found that racial background was uniquely associated with the over-representation of Black, Indigenous, and Peoples of Colour (BIPOC) in use-of-force incidents.”

“Regardless of risk level, security level, age, sentence length or gender, identifying as an Indigenous or Black incarcerated person was associated with a greater likelihood of involvement in a use-of-force incident,” said Zinger.

The investigation reviewed approximately 10,000 documents detailing use-of-force cases that happened between 2015 and 2020.

They found that despite an overall decline in country’s prison population, the amount of incidents increased during the same period.

Furthermore, the report stated that Black, Indigenous and BIPOC inmates made up 60 percent of all use-of-force incidents, despite only representing 44 per cent of the entire federal prison population.

As for Indigenous people specifically, Dr. Zinger said, “Indigenous individuals, who, on average, experienced more uses-of-force per person than any other group, were also more likely to be involved in a use-of-force incident.”

“Specifically, Indigenous individuals accounted for nearly 40 percent of all individuals involved in uses-of-force, despite representing, on average, 28 per ent of the incarcerated population during this (five-year period).”

The report listed over 40 different types of force used against inmates, with some of the more notable examples being: pepper spray, batons and strip searches.

The report states that pepper spray is the most common, making up 42 per cent of all force used in incidents.

“We’ve seen incredible increases in use-of-force in the past couple of years,” said Zinger.

“We’ve seen also increases in suicide attempts and self-harm. And that only suggests the frustration and psychological harm that is going on here.”

Additionally, the investigation also found that that minority female inmates were subject to more force than other female inmates, with the report claiming that female Black, Indigenous and BIPOC inmates accounted for nearly two-thirds of all women incidents.

Leticia Gutierrez, a lead investigator, said, “These high numbers were largely driven by the increasing proportion of Indigenous women in federal custody.”

“Race is significantly and uniquely associated with the application of force in federal prisons.”

The Office of the Correctional Investigator is now requesting the federal government to sign onto the Optional Protocol to the Convention against Torture (OPCAT), an international treaty aimed at preventing torture.

The Correction Service of Canada (CSC) has said that they will carefully examine all recommendations made by the investigator and take action to address them.

In response to their reaction, Dr. Zinger stated, “I’m not convinced that Correctional Service Canada has either adequately acknowledged or answered compelling evidence of the unique role that race seems to play in how force is applied, how frequently it is used and against whom.”

Be the first to comment on "Report: Black and Indigenous inmates experience more ‘use of force’ incidents in prison"