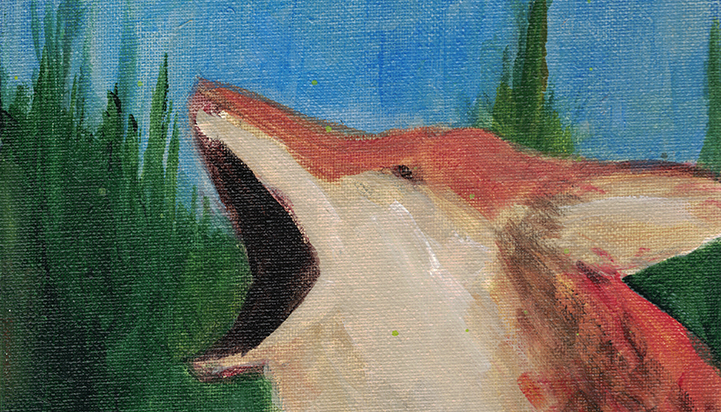 (ANNews) – The beautiful image featured on the cover of the May 2021 edition of Alberta Native News is entitled “Sing that Same Song as the last Song” by Linus Woods, a gifted contemporary artist from the Peguis First Nation in Manitoba who spends several months of each year in Edmonton. 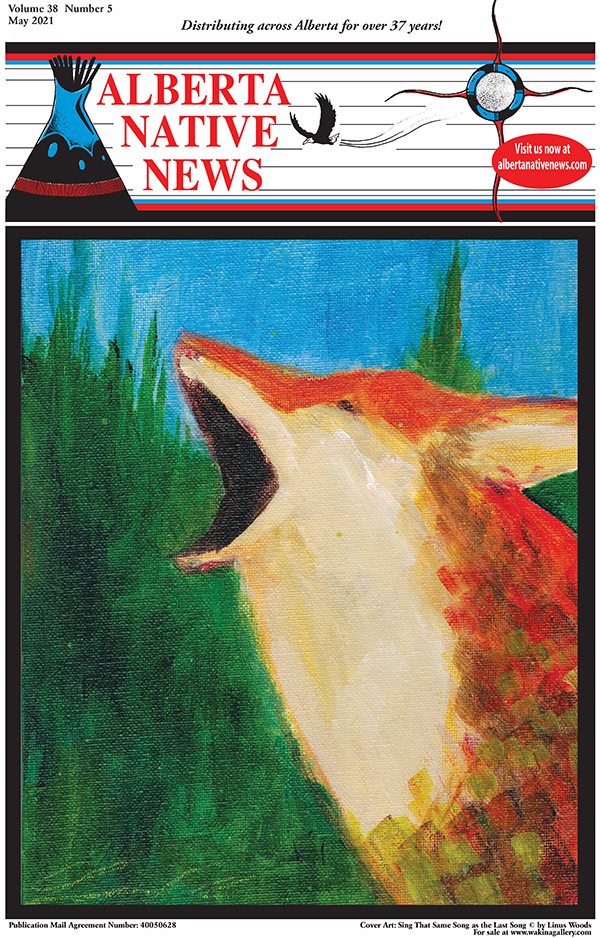 “Sing that Same Song” is part of a wildlife series created by Woods. It features a fox in a textured forest that highlights varying shades of greenery and different outlines of trees against a glorious blue sky backdrop.

The coloration of coppers, mustard, tans and browns used for the fox’s coat is beautiful, giving added dimension and depth to the principle image.

We know that the fox is singing and that too adds an extra layer of joy to the painting.

“Sing that Same Song” is an acrylic on canvas and is available for sale at Wakina Gallery.

Linus Woods has been associated with the newspaper as a contributing artist since the 1990’s and he has been featured many times on the cover of Alberta Native News.

His images are among the favourites identified by readers of Alberta Native News.

Be the first to comment on "Feature artist for May 2021: Linus Woods"