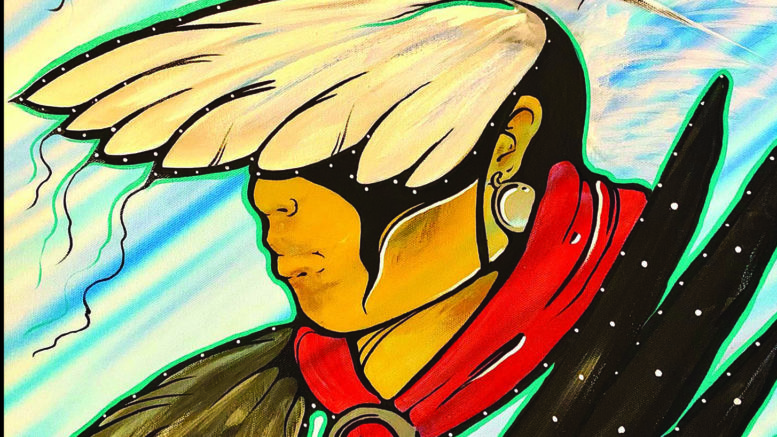 (ANNews) – The striking image on the cover of the February edition of Alberta Native News is by Don Ward Jr. – an Indigenous Artist from Enoch Cree Nation who creates craftwork such as teepee lamps and hand drums among other artwork like painting and tattooing. Ward sat down with Alberta Native News in November 2021 to discuss his life as an artist.

The art featured on the wall at his work place is a big Eagle mural. “It’s probably my favourite to date due to the fact that I made it as I went through treatment,” said Ward. “My spirit animal is an Eagle.” 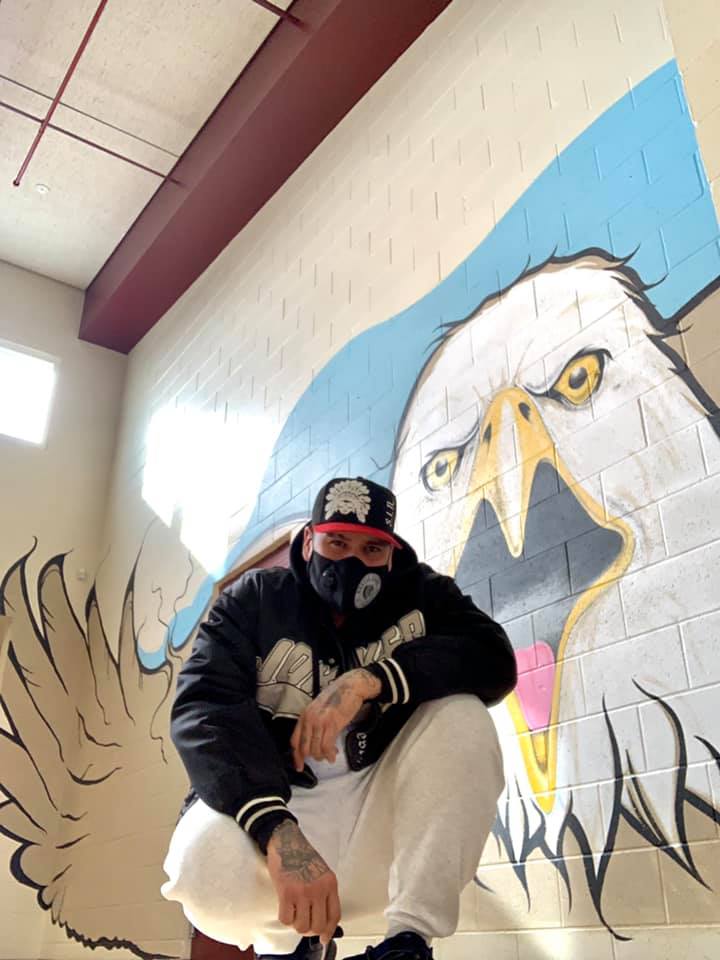 Artist Don Ward Jr. with a mural of an eagle in his work space. (Facebook photo).

At the time of the interview, Ward was working on reserve in Enoch in the band’s Mamowicitowin (“helping one another”) Division. “It’s sort of a healing society type thing, but it’s also where a lot of the departments come together for helping others,” said Ward. “Finance, social assistance, stuff like that.”

As for how Ward got involved with art, he said that it was always something he carried with him. “Basically, with my art, I’ve always had something in me that wanted to create. Since I was a little kid I would always draw,” said Ward. “It was just something that I always had. My parents were artisans and they sold their products. I grew up into it and started doing it on my own.”

“Art is my life. Everything in my life is surrounded with art or creativity.”

However, Ward’s art serves another purpose, rather than just as a simple “hobby” as he put modestly. “I’m 41 years old. Grew up in Enoch in an alcoholic family. Me, myself, I’m a recovering alcoholic – I sobered up in 2010.”

“Artwork was something – through my recovery – it was something that I went to. Like, if I was having the feeling of oh, I need to go and party – just due to situations in my life – I would always go to art. And it was the same thing growing up. When there would be drinking around me and I wasn’t feeling the best I would just go to my room and draw.”

Nowadays, Ward is creating original and custom pieces for sale; and spending time with his family. He described his art not only as a second job, but as something that has been steady throughout his life. “I’ve always had people buying my products – craftwork, artwork. It just seemed normal to me.” 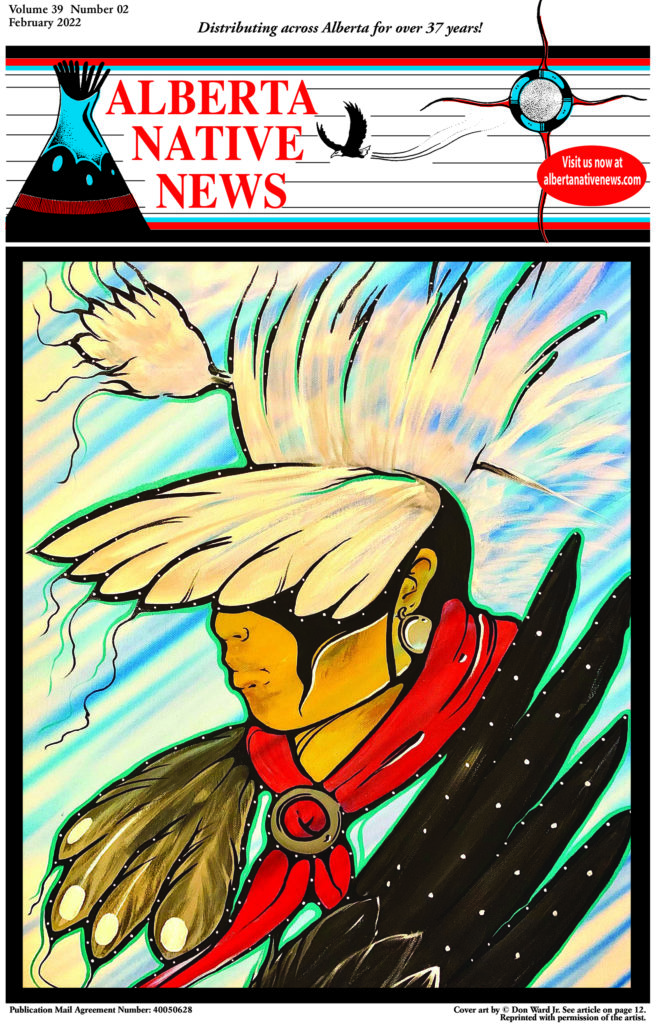 “I’ve done pieces for some people in the states and also around Canada. I’ve done artwork they would ask me to do and I’d send it off to whatever location.”

“There’s so much creativity in my mind where I will probably leave this earth not creating everything that I want to. Cause I customize cars, I do tattoos, I do Native crafts, some carpentry work – like I do a lot of different artwork.”

When asked if he had any technical training, Ward said that he did not, but learned how to create from his late father. “Everything I’ve learnt has been basically self-taught, but a lot has been handed down by my late dad.”

“He taught me a lot. With the teepee lamps, the drums, anything to do with bead-style work or leather work. It was taught from him. I kept that with me and I still keep it with me.”

“His guidance is what’s keeping me moving today.”

We then discussed some of Ward’s work in which he described his very first painted feather. “We were driving – went on a road trip – and on the side of the road there was something laying there. And I don’t know, it just made me want to go back and check,” he said. “There was a hawk laying there. I laid tobacco, brought the hawk home, and it basically became artwork.” The piece is a buffalo painted onto a beaded hawk feather encased in a glass frame.

To end the interview, Ward wanted to speak about his 6 children. “I take big pride in being a dad. I love my kids with all my heart and they’re a part of the reason I keep moving in life.”

“They’re a big part of me and I would just love the world to know.”

Be the first to comment on "Feature artist for February 2022: Don Ward Jr."