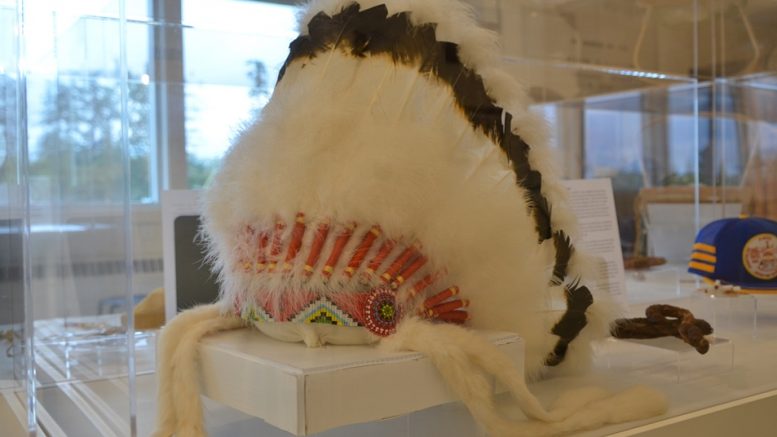 (Grouard Campus) – “Forgiveness, apologies, actions, unity, change, and healing are all components of reconciliation,” explains Sam (Carl) Willier, an alumnus of the Northern Lakes College Academic Upgrading program. “We chose Indigenous exhibits to dedicate healing towards the process of reconciliation in Canada.”

Sam is one of five summer students who created new exhibits at the Native Cultural Arts Museum at Northern Lakes College.

Over the summer, the students were given an open-ended objective to create Indigenous exhibits using artefacts in the museum collection. They were free to choose the number of exhibits they would create, as well as the theme. After some discussion and a survey of the artefacts in the collection, they determined they would create five exhibits celebrating aspects of Indigenous culture, with a focus on the ingenuity, creativeness, and playfulness of the culture. 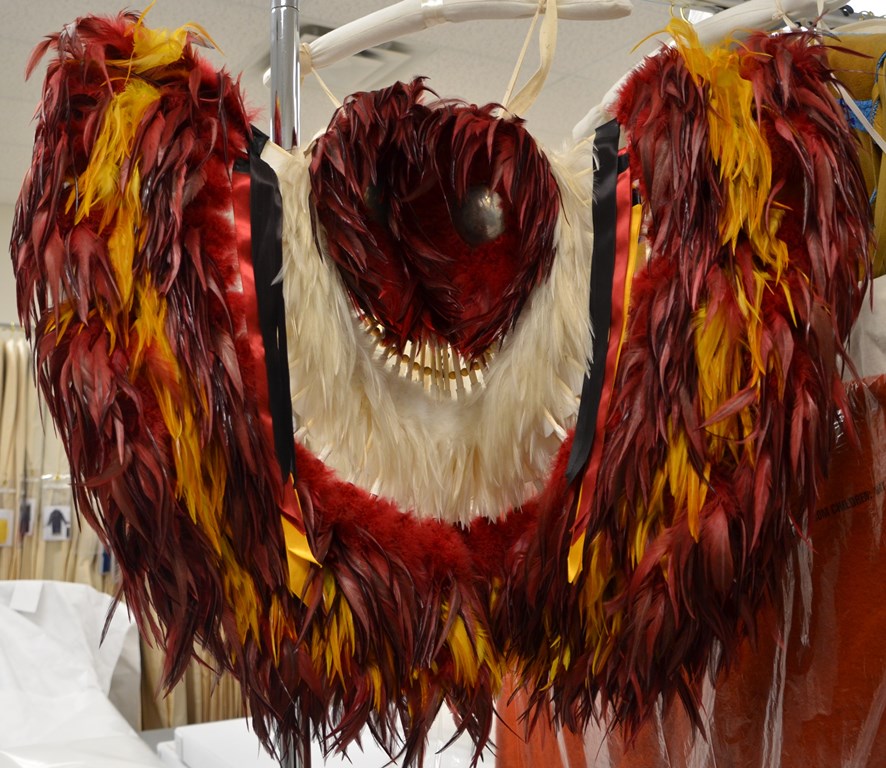 The students kept top of mind the overarching umbrella of the Truth and Reconciliation Commission (TRC) of Canada’s 94 Calls to Action as they created the exhibits.

“Reconciliation still has a very long way to go, but there is a movement that has been started and it will take everyone towards reconciliation,” states Sam, 24, who is pursuing his Bachelor of Education degree at the University of Alberta. The students felt that the exhibits’ celebration of culture and tradition could help that movement.

The Indigenous Children’s exhibit contains a dreamcatcher, baby moccasins, cradleboard, and medicine pouch. As explained by a summer student who grew up hearing stories in the oral tradition, “My parents told me the traditional stories as I was growing up. The Spider Lady was a spiritual protector, spinning her web of protection. As her children grew and dispersed, she taught the mothers and grandmothers how to weave their own web to protect their children. That is where the dreamcatcher originates.”.

Tamara Ferguson, 18, graduated from E.W. Pratt in June, and intends to pursue a Bachelor of Arts with a focus on Psychology. Of the children’s, games, and transportation exhibits, she explains, “We wanted to portray Indigenous people in real life. The stereotypes include the stoic, fierce, warrior. However, the history is not all serious, and these lighter exhibits humanize that history. Lacrosse games could involve up to 600 people per side, as the games were often played tribe versus tribe.” 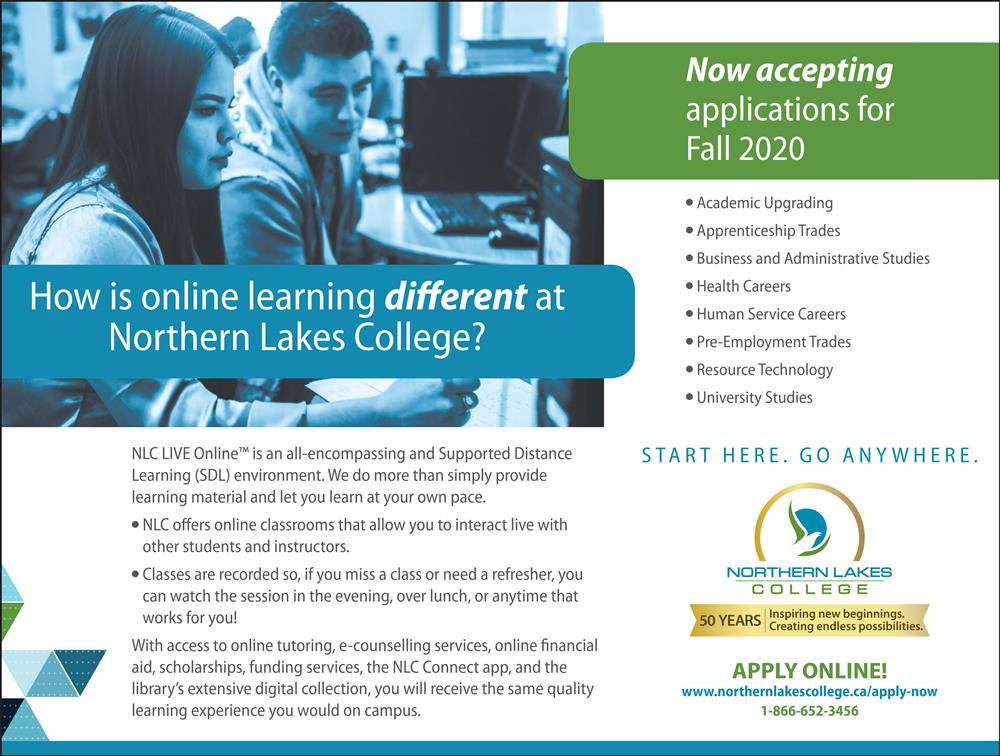 The Hereditary versus Electoral exhibit looks at the modern electoral system versus the traditional hereditary system. Explains Bobbi-De Lastiwka, a current Academic Upgrading student at NLC, “Until the Indian Act of 1876 forced a European model of elected leadership, Indigenous peoples had a traditional system of hereditary chiefs.”

To this day, some First Nations communities have an elected chief, whose role is primarily governance, along with a hereditary chief, who holds a significant position of influence and responsibility for ensuring the overall well-being of the community. The exhibit also includes samples of traditional versus modern tobacco.

Explains Virginia Gold, a graduate of Mount Royal University with a degree in Geology and a minor in History, “Traditionally, wild-growing tobacco was collected, dried, and used in ceremony. Today, this is often replaced by commercial tobacco.”

The final exhibit focuses on healing and reconciliation. The jingle dress, worn during a healing dance often performed at powwow ceremonies, takes pride of place. Healing herbs such as sweet grass, sage, cedar, and tobacco, which are utilized in various ceremonies, complete the display. Complementing the students’ healing and reconciliation exhibit is the artistic collage to honour the missing and murdered Indigenous women and girls of Canada. Created by a former summer student who wishes to remain anonymous, the collage includes hundreds of tiny photos of the missing and murdered.

Concludes Sam, “I feel my role is to educate people on the TRC, the 94 Calls to Action, and what is means to reconcile. It means a lot to have the opportunity to educate people through this work at the Museum. As a teacher, I will be able to contribute more to the process of reconciliation. The first step is creating awareness and understanding.”

The Native Cultural Arts Museum, which is located at the Grouard Campus, was established in 1976. Recognized by the Alberta Museums Association, the Museum’s artefact collection celebrates various aspects of Indigenous cultures, with a special focus on Métis peoples and the Woodland Cree of northern Alberta. The Museum’s historical and contemporary collections serve to educate the public by depicting Indigenous lifestyles through exhibits of art, music, hunting, regalia, clothing, and more. The Native Cultural Arts Museum is owned and operated by Northern Lakes College with additional support and funding from the Alberta Museums Association and Big Lakes County.