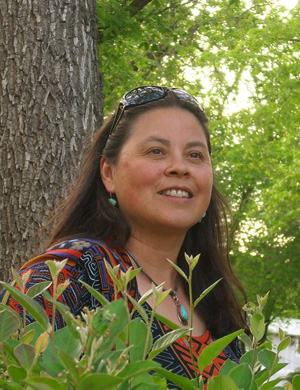 “As an Aboriginal publisher,” explained Meili, “Eschia Books is really beginning to take a place in terms of cultural retention and education. We have several books on the go right now and one of them is by Dr. Darlene Auger, an author from Wabasca who has written four books that have to do with raising children.”

Dr. Auger earned her Bachelor of Arts Degree (Psychology major/Drama minor) from the University of Alberta and a Doctorate Degree (iyiniw pimatisiwin kiskeyihtamowin (IPK) Indigenous life knowledge, wholistic health and wellbeing) from the University Nuhelotine Thaiyotsi Nistameyimakanak Blue Quills. She is the owner of Pitapan Consulting and for the past 18 years has been a wholistic practitioner.

“We are publishing her books, complete with art work, and are now in the process of seeking an Indigenous illustrator-type artist and others able to help put the finishing touches on these books, which will be created in the English and Cree languages and in Cree Syllabics. The books will include two lullaby CDs, a moss bag (cradleboard), a traditional baby swing and a doll. The package also contains a five-foot tall teepee which will provide a lot of opportunity for learning and for fun. I’ve seen these small child-size teepees before and the kids using them were having a good time acting out traditional roles – and without any coaching. It just goes to show that if you get kids cultural-type toys they’ll use them in a cultural way; it’s something they’ve been taught all their lives so it’s a natural fit.” 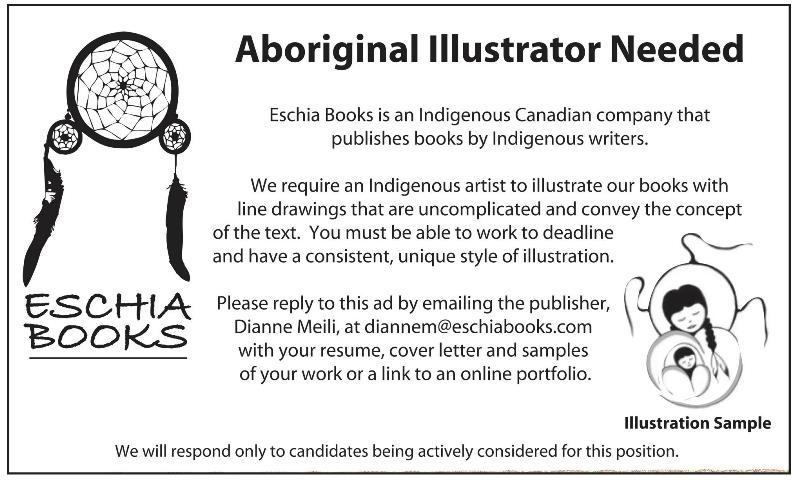 Another book in the process of publication comes via Mother Earth Essentials (MEE), an Aboriginal beauty product company owned and operated by entrepreneur Carrie Armstrong. MEE blends “Aboriginal knowledge and traditions with the finest ingredients,” thus sharing its luxury line of products with Indigenous culture and traditions.

“The book,” explained Meili, “is the story of her company and how it grew to become the successful venture that it is today. Carrie also visits with First Nation communities where she gives presentations on making natural teas and skin care recipes. These practices have always been part of our culture but because it wasn’t written down or recorded, Carrie has found that there’s a real need to share her knowledge and bring these traditions back to the community.

“Carrie’s book tells the story of herself and her company, but it also offers a series of recipes on how to make natural teas and skin care products. Much of Carrie’s knowledge about natural products was passed on to her from her grandmother, Mary Belcourt. This book will be beautifully illustrated and in full colour; a must-have book and a natural addition to every home.”

Eschia Books is also working with the Alexis Nakota Sioux Nation on the development of kinship books.

“This will be a board-style book that will most often be the very first book that a child reads or has read to them. It will incorporate such words as mother, father, auntie, sister, brother – all with the hope that the children will use these words within their homes and their community. It’s about getting back to the time when everybody was your auntie and every child belonged to the community. This book will focus on kinship terms; the idea is to encourage and enable family and community closeness. I am working on this project with Sherry Letendre but community and band leaders are putting the book together, writing it and coming up with the kinship words and terms that will embrace their community.”

Two other books are also being planned with the Alexis Nakota Sioux.

“These books will deal with suicide and social problems amongst youth,” explained Meili. “It’s a story about a young man and a young woman; the man lost his mother to murder and later in the year seeks solace through a Sundance Ceremony, something that really helps his grieving. The young woman is being bullied and having family problems and her concerns are dealt with in a different manner.”

Meili has taken her company to western Canada’s grassroots.

“We’ve received manuscripts from people in Ontario and they are good stories, but for now I want to concentrate on grassroots western Canada and I encourage anyone with a story to tell or a remedy that works or communities that want to tell their story or are seeking solutions to educational and cultural issues to contact us.”

Meili said she wants to hear from western Canada’s Indigenous writers and authors with a story to tell – fiction or non-fiction, so she can help them get their work into print.

“I know that there are a lot of good stories in the communities and we’d like to share them with the rest of the world. My goal is to make even better relationships with community people and provide a healing and empowering service. The idea is to help bridge the cultural divide by telling these stories that can be shared across the country. We are working to create authentic, meaningful Indigenous publications.”

Eschia Books, like most book publishers in the province, is a member of the Book Publishers Association of Alberta (BPAA), an organization founded in 1975 to support the development of a thriving provincial publishing industry, away from Canada’s traditional book publishing centres. Today one of the strongest communities of regional publishers in North America, the BPAA counts over  30 member companies, many of which are owned and operated in Alberta.

“On May 15 this year,” noted Meili, “we participated in the celebration of BPAA’s ‘Alberta Book Day’; we had a booth at the Federal Building and during the day we were visited by Culture and Tourism Minister Ricardo Miranda. It was an amazing time and after his visit he announced in the House that it was ‘Alberta Book Day.’ There were about 20 booths set up for the event with every publisher showcasing their selection of new books. We, as the Indigenous arm of Lone Pine Publishing, were one of many book publishers, including those who self-publish and publish on a smaller scale, to attend the event.”

The BPAA later thanked the Alberta Government for declaring May 15, 2018 as the inaugural ‘Alberta Book Day,’ something BPAA President Alexander Finbow called “the first event of its kind in Alberta,” adding that it “is a great way to profile an industry that publishes a tremendous variety of quality titles, some of which win major awards, and to showcase to MLAs and their staff the wonderful resources that exist in their own back yards.”

Lone Pine Publishing, founded in 1980, is a BC-based book publisher, best known across Canada and parts of the United States for its gardening books and nature guides. Over the years the company has published over 600 titles and also distributes books for a number of smaller Canadian and U.S. publishers through an extensive network of independent booksellers and other retailers. Lone Pine Publishing maintains head office operations in Vancouver and central warehouse operations in Edmonton as well as a sales office and warehouse in the State of Washington. Lone Pine also maintains a network of satellite warehouses.

When Dianne Meili purchased Eschia Books five years ago from its previous owner, Kathy Van Denderen, the company had already published 10 books; in the past five years Eschia has published 12 more titles and has many others in the works.

“The books are available by ordering off of the website and Eschia also has a unique distribution system as we have bookstands in various outlets like gas stations and stores,” said Meili.

Lone Pine Publishing noted that Eschia Books are “available in many retail outlets other than bookstores and Canada Book Distributors in Edmonton is Eschia’s exclusive distributor. Canada Book Distributors has sales representatives across the country that sell the books into many non-traditional retail stores, museum gifts shops, travel info centres, mom-and-pop stores and many chains such as Loblaws/Superstore, Walmart, Canadian Tire and many others.”