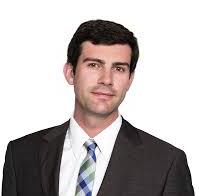 As one of 14 Honorary Witnesses at the Truth and Reconciliation National Event in Edmonton  on March 28, Mayor Don Iveson expressed the need for everyone at City Hall, “to know the truth and the stories that we’ve heard here today and throughout the work of the TRC.”

That poverty and high population figures exist in Edmonton, he stated, are facts he attributes to the residential school syndrome. And to overcome racism, the city has to know the truth as well, he said.

“We need the benefit, the wisdom that we are gathering through the TRC event here this weekend.” 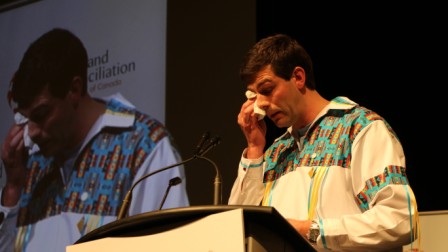 He plans to introduce the reconciliation process to City Hall. Past government policies and efforts at assimilation, he confessed, were wrong. “It’s wrong that we are just now talking about it, but it’s right that we are here talking about it now,” he stated to appreciative applause.

Mayor Iveson mentioned a few stories he’d heard from survivors, like the one from an elderly B.C. great-grandmother who ran away from an Edmonton school several times and once made it all the way to Jasper only to be spotted and hauled back to the residential school like a common criminal. “That sounds more like a jail (than a school),” he declared.

He was brought to tears when he mentioned the heartaches of the parents and the trauma of trust. The abuses, he continued, were “unacceptable.”

“I heard first-hand of the shame, the anger, and there is important research at the University of Alberta into the long-lasting effects of that kind of trauma.”

Still, he added, “there is much more work to do.”

He plans to introduce the reconciliation process to City Hall and to “recreate a gathering space for the observance of cultural practices,” as well as work with other mayors in Alberta and people in the legislature on matters pertaining to the city’s Aboriginal population.

” … the history of residential schools is, for many, one of pain, trauma and gross injustice and we must make ongoing and concerted efforts to remember residential schools, bear witness to the truth and begin a shared journey of reconciliation . . . . to change the course of our current relations with each other, create a common future with shared dreams and aspirations of a civil and just society, and to use the painful legacy of residential schools to spark a nationwide call for collective action.

“Therefore, I, Mayor Don Iveson, with the declared support of Edmonton City Council, take the extraordinary measure to proclaim March 28, 2014 – March 27, 2015 as the “Year of Reconciliation in Edmonton, Alberta’s Capital City.”