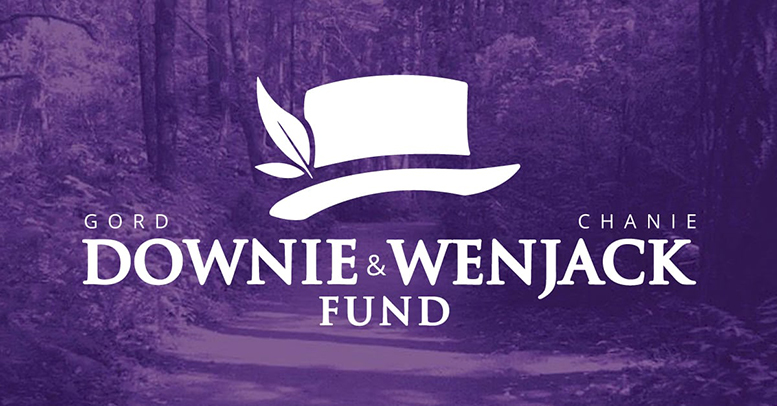 (ANNews) – If you were tuned into a Canadian radio station in the mid 80’s, chances are you’ve heard the Tragically Hip. Lead singer and lyricist Downie was a longtime activist and advocate for Canadian Indigenous people and was honoured by the Assembly of First Nations in 2016. Given the Lakota spirit name, Wicapi Omani, (Man who walks among the stars) during an eagle feather ceremony, he was recognized for his work raising awareness on the impact of residential schools.

Gord Downie learned about Chanie Wenjack, a twelve-year-old Ojibwe boy who died while fleeing a Kenora Ontario residential school, from his brother Mike Downie. Mike had learned of Wenjack from Ian Adams’ Macleans article, The Lonely Death of Charlie Wenjack. 51 years later, Downie would succumb to his inoperable brain tumor but not before establishing The Gord Downie and Chanie Wenjack Fund (DWF).

The DWF aims to build cultural understanding and create a path toward reconciliation between indigenous and non-indigenous peoples. I spoke with Sarah Midanik, President & CEO of DWF during the national A Day To Listen: Amplifying Indigenous Voices campaign. This was in recognition of National Indigenous History Month and included Bell Media, Corus Ent. Inc., Rogers Sports & Media, Stingray Radio and others who teamed up to amplify, elevate, listen to and learn from Indigenous voices.

How is the Listen campaign going?

It’s going really well, it’s so interesting listening to the radio personalities comment on A Day To Listen and take calls from survivors and racist little monsters and put them in their place. Yukon Jack, (100.3 The Bear), who’s kind of a crass sort of dude, had one guy call in and he was saying ‘I don’t need to be hearing this, it happened in the past. We don’t need these negative stories, no good will come from this.’ Yukon was like ‘I would say that these are really good stories, holding space to hear Indigenous voices and talk about reconciliation. I would say that is a positive thing, it’s not a bad thing.’ So, this guy doubles down and Yukon says ‘I’m sorry sir, how old are you?’ and the guy says ‘72’ and Yukon said ‘OK so this happened in your lifetime, just so we’re clear but, you know what, you’re going to be dead soon and I don’t think we need to hear any more of your perspective. Thanks, bye’ and hung up on him! (laughs).

Did you have a hand in forming the DWF?

I was the first hire in 2017 for Downie/Wenjack when Gord was still alive and I helped get the charitable status and set up the Board of Directors. So I’ve been around for the whole journey, mostly. 2016 was when The Tragically Hip’s final concert happened and then there was all this momentum and [talk about] what we do with that momentum. We engaged in an environmental scan of the reconciliation movement across the country and a big part of the problem was we weren’t taught anything in school about Indigenous people: the history of Indigenous peoples, residential schools and their impact, the 60’s Scoop and the injustices perpetuated today – none of that. So that’s how the Legacy Schools Program came to be. Around that we built the Gord Downie, Chanie Wenjack Fund and the Legacy Space Program as well.

I know Harriet Visitor, Chanie’s niece is on the Board of Directors of DWF; is having that family connection important to the organization?

We will always have a Downie and a Wenjack family member in perpetuity on our Board of Directors. We have Mike Downie and we have Harriet Visitor acting on behalf of [Chanie’s] sisters, Annie, Evelyn, Pearl and Daisy.

I’m seeing exponential growth since your organization was founded in 2017, what are you seeing?

Absolutely, we really came into existence to fill a need, to provide support and resources to educators to feel confident in teaching the true history and impacts of residential schools and the true history of peoples in their classrooms. Our first year with The Legacy Schools Program, we didn’t do any outreach, we just had educators coming to us. And in three years we are in 2500 schools in every province and territory in this country. That is a direct result of curriculum not being reformed. We can provide supports to educators faster than governments can reform curriculum.

We do, it’s actually an entire web page unto itself www.215pledge.ca

There are entire pages on our website (www.downiewenjack.ca) of learning/education resources for folks wanting to [follow-up on a topic], or to learn more. If people don’t know what to do or don’t know where to start, just visit us at DownieWenjack.ca, follow us on our socials, subscribe to the newsletter and you can hear more about what we are doing and hopefully be inspired to join us on this journey towards reconciliation.

Upcoming initiatives and events for DWF?

After A Day To Listen, we will want to push for there to be more, one day certainly isn’t enough. What a beautiful opportunity to be able to amplify and elevate and hold safe space for Indigenous voices and experiences to be heard. We will push to have more opportunities for that. We also have a program running this summer called the Youth Ambassador program where both Indigenous and non-Indigenous youth can sign up to go through a leadership training program to become ambassadors and champions for reconciliation in their own communities.