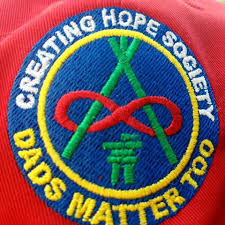 (ANNews) – The Creating Hope Society (CHS) of Alberta has a two-fold mission on its agenda for October; the first involves its newly released documentary, “Aboriginal Fathers Love Their Children Too,” while the second embraces a “Call for Action Summit” on the 94 recommendations delivered by the Truth and Reconciliation Commission of Canada.

The new documentary deals with the several subjects, including the increasing numbers of Indigenous children in care, and the continued discrimination being faced by Aboriginal fathers who want to be involved in their children’s lives.

“We are asking for the support of families, organizations, community partners and individuals who can help us spread the word and distribute our resource booklet and documentary,” urged CHS Executive Director, Bernadette Iahtail. 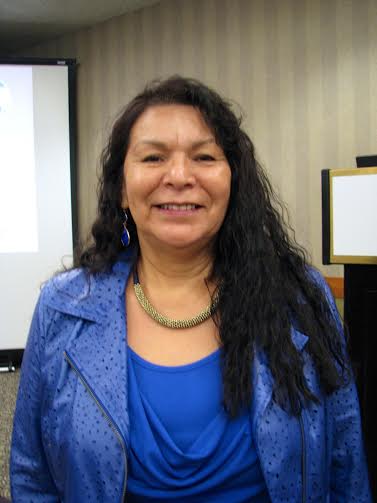 “Please join us for a a screening of the video at the Edmonton Intercultural Centre (McCauley School) located at 9538-107 Avenue on October 12 from 9 a.m. until 4 p.m. Consider joining the Creating Hope Society as a local partner and help us expand the essential awareness of Aboriginal fathers as parents.”

Elder Wilson Bearhead will offer the morning prayer and participate in the conversation.

All participants will receive a resource booklet and a copy of the new video documentary. Light refreshments and snacks will be provided both morning and afternoon.

Who should attend the event?

“Child welfare workers, lawyers, judges, fathers, mothers, MPs, MLAs and any organization, individual or entity who’d like to join our family of community sponsors to participate in a conversation about child welfare and what it takes to raise a young family able to see their children grow and succeed – preferably in a two-parent home.”

Two years ago, the Creating Hope Society collaborated with fathers and a number of community partners to produce a comprehensive literature review, documentary and resource booklet.

“Research findings from Phase I clearly indicate that Aboriginal fathers in Alberta continue to be discriminated against, and that this is in many respects a consequence of systemic racism within the child welfare system,” noted Iahtail. “Aboriginal fathers informed us that they are often excluded from ‘family meetings’ and that even when they are included they feel misunderstood, belittled and not respected in their interactions with child welfare workers.”

CHS is following up with key recommendation from Phase I to organize a series of viewings and community conversations involving Aboriginal fathers and key stakeholders in rural and urban settings throughout the province.

“Aboriginal children are over-represented in the welfare systems across Canada,” stated Iahtail. “In Alberta the Aboriginal population is nine percent of the overall population; however, there are nearly 49 percent of Aboriginal children under permanent guardianship in the child welfare system. Nearly all children who are living in Kinship Care are with the maternal side of the family. If we could understand and support the fathers to get involved and stay connected with their children, this would be a big protective factor for these youngsters as they grow up. The number of children-in-care is increasingly rising; the current Child Welfare system is dealing with higher numbers of social issues such as family violence, addictions, trauma and a melee of unresolved issues.”

Two years ago former Social Services Minister Dave Hancock made some positive statements in support of Aboriginal fathers; Iahtail is hopeful that the current government will listen to his words and will respond in-kind.

“To engage and empower Aboriginal men,” stated Hancock, “is an essential topic as we go forward with the transformation of social policy in Alberta. We need to examine why Aboriginal fathers have been overlooked in the child welfare system and determine what can be done to prevent it from happening in the future. We heard loud and clear throughout the engagement process for Alberta’s Social Policy Framework that Albertans desire greater collaboration and partnerships between communities and government. Albertans want us to focus on reducing inequality, protecting vulnerable people and creating a system of high quality supports and services that focus on the needs of the family and individual.”

Iahtail said that Hancock’s insight is needed by government today because it’s a well-known fact that “children who grow up in two-parent homes and live with their own families grow up to become successful and engaging young men and women. Evidence proves that children living under permanent care and often in a home where he or she is the only Indigenous person, don’t fare as well.”

Hancock, added Iahtail, also realized that “Aboriginal men are essential to the family unit, but they have felt excluded and marginalized. The men at the conversations expressed their feelings that government systems have disempowered them. Those fathers desperately want to be a healthy part of their child’s lives. We are committed to building supportive relationships with families, communities and service providers to offer quality programs and services for families. We need to listen to and learn from Aboriginal parents, communities and partners. How we address the over‐representation of Aboriginal children in care needs to be uniquely suited to the needs of Aboriginal people in our province.”

“We are looking for added support and sponsorship for this very important movement,” invited Iahtail, “and we encourage any organization, company or individual interested in joining us to come out to McCauley School on October 12.”

On October 9, three days before the “Aboriginal Father’s Love Their Children Too” video documentary and conversation takes place at McCauley School, CHS in partnership with Human Rights Education and Multicultural Fund, Alberta Aboriginal Relations, City of Edmonton, Canadian Native Friendship Centre, John Humphrey Centre, Kings University and the Centre for Race and Culture, will host a Call for Action Summit on the TRC’s recommendations – also at McCauley School-from 8:30 a.m. until 3 p.m.

“We will gather together to talk about the TRC’s 94 recommendations, but in particular, the Call for Action,” explained Bernadette Iahtail. “This event will offer a meaningful opportunity to talk to each other, listen to each other and learn from each other. Together we can cultivate a vision that will allow us all to participate equally in reconciliation; it is an opportunity to inspire all Canadians as we learn from one another.”

The Summit is designed to encourage the bringing forth of dialogue and ideas; to agree on the next step that will transform recommendations into actions.

“Join us as we take a closer look into our history, the present as well as the future and what we will leave for the next generations,” she invited. “We may also have other topics of interest to share during the Summit; these might include child welfare, justice, education, language and culture.

Be the first to comment on "Creating Hope Society launches Call for Action Summit: October 12"