The cover of the July 2014 issue of Alberta Native News features a stunning image of a fancy dancer performing at the National Aboriginal Day celebrations in Edmonton, taken by renowned photo-journalist Terry Lusty.  The dancer’s vivid regalia is exquisite and colourful and the movement that has been expertly captured by the photographer tells a story of cultural jubilation, focus and freedom of expression.

The summer is always a wonderful time to showcase Aboriginal culture and performance across the country.  Dancers, drummers and singers have tremendous opportunities to demonstrate their skills and reinforce 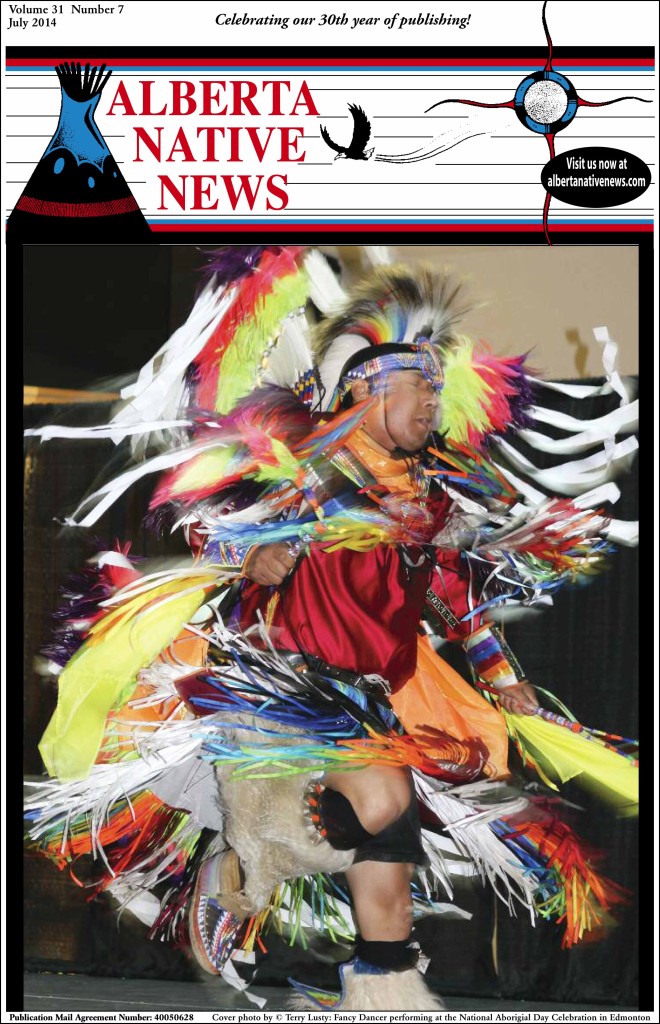 their cultural practice in both competitive and cooperative settings.

Alberta Native News readers are fortunate to be able to enjoy the stunning images that Terry Lusty is sharing from the 2014 Powwow Trail.  In June and July, he attended a variety of Alberta summer gatherings including the annual Bosco Society Powwow on June 6 in Edmonton, the Action for Communities Aboriginal Culture Day Celebration, National Aboriginal Day at Edmonton City Centre Mall, the Calgary Stampede, and the Enoch Cree Nation Powwow on July 17.  His spectacular images appear in the July issue of Alberta Native News and here.

Be the first to comment on "Cover Photo for July 2014: by Terry Lusty"