VANCOUVER, BRITISH COLUMBIA – The Treaty Commission welcomes the recent commitment by the Government of Canada to change federal mandates that have been obstacles to concluding treaties in British Columbia. “Recognition by Canada that some of its mandates have created key impediments to concluding treaties is a good first step in advancing reconciliation with First Nations in B.C.” said Chief Commissioner Sophie Pierre, “I don’t recall the federal government ever acknowledging this before.” 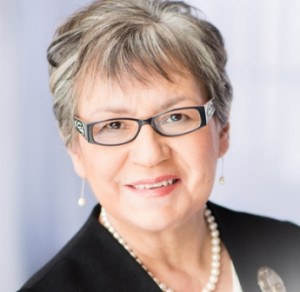 The Treaty Commission has long been concerned with the federal government’s position on the three issues highlighted in Canada’s announcement on Monday – the lack of a fish mandate, and Canada’s Own Source Revenue (OSR) and Certainty policies. The Treaty Commission raised these in a letter to Prime Minister Harper dated February 6, 2013, including recommendations to conclude more treaties.

In a private meeting on July 28 2014, requested by Aboriginal Affairs Minister Bernard Valcourt to inform the Treaty Commission and others of the federal government’s intended announcement, Canada indicated that the federal OSR policy will not apply to health or education, nor have adverse social impacts on First Nations. Details on how these changes will be implemented at the negotiating tables remain to be seen, and the Treaty Commission will continue to work with the parties to remove these mandate impediments.

Canada’s announcement that it is introducing a more flexible mandate for incremental treaty agreements is also welcome news, as the Treaty Commission has been encouraging the federal government to follow B.C.’s leadership in concluding meaningful interim measures with First Nations, as envisioned when the treaty negotiations process was first established.

Canada’s Ministerial Special Representative will host regional engagements to reform and renew the Comprehensive Claims Policy, to be completed by end of the year. The Treaty Commission expects this process to advance treaty negotiations and not become another delay in the process.