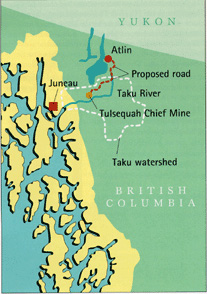 ATLIN, BRITISH COLUMBIA–(Marketwired – July 24, 2014) – The Honourable Justice George Macintosh has ruled that the BC Government breached its duty to consult the Taku River Tlingit First Nation when making a critical determination regarding the Tulsequah Chief Mine. Justice Macintosh also criticized evidence relied upon by the BC Government in making a determination that the project was substantially started. The Environment Minister must make the decision again which puts Chieftain Metals mine approvals at risk. 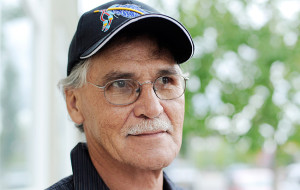 “Our government and the BC government have put considerable time and energy into the development of a Government to Government Agreement, finalized in 2011, which provides guidance to both governments in working toward shared decision-making processes for Taku River Tlingit Territory. Although both governments have benefited in some ways from this agreement, there’s been no improvement in our working relationship with the Environmental Assessment Office,” said John D. Ward, Spokesperson for the Taku River Tlingit. “We are pleased that the Court recognized we were not consulted, accommodated or even notified about the Environmental Assessment Office’s determination that the project had been substantially started which, in accordance with their legislation, meant the company could proceed in perpetuity.”

The Taku River Tlingit Government, represented by Ecojustice lawyers, argued the case in B.C. Supreme Court in late May 2014.

Under BC’s Environmental Assessment Act, Chieftain Metals had until December 2012 to “substantially” start the project before its environmental assessment certificate expired.

In April 2012, Chieftain Metals wrote to the BC Environmental Assessment Office (EAO) requesting a decision that the mine was “substantially started”. In June 2012, the EAO advised Chieftain of its determination that the project was “substantially started” – even though none of the mine’s main components identified in its approved project description, such as the underground mining, waste storage facilities or main access to the site had ever been started. The EAO, in violation of a legal duty to uphold the honour of the Crown, never contacted the Taku River Tlingit to consult or even notify them about its decision.

In 2004, the Supreme Court of Canada ruled that British Columbia is constitutionally obliged to consult the Taku River Tlingit about this specific project.

“Our government passed a Joint Clan mandate rejecting Chieftain’s currently proposed project on Nov. 18, 2012, because the citizens of our Nation will not approve any mining projects that are not both environmentally responsible and financially viable. But this decision, and the fact that we will remain opposed to the proposed project until such time as Chieftain Metals is able to adequately address that Joint Clan Mandate, is separate from our reasons for going to court,” Mr. Ward said. (see www.trtfn.org under “Tulsequah Chief Project” to view the mandate). “We, meaning the TRT and BC governments, have been struggling for decades to develop respectful and mutually agreeable processes for making decisions on Tlingit territory. This is not something to be taken lightly, and we need to be clear now, and always, that if the EAO has legislation stating they must make decisions on our lands then, at the very least, they must do so jointly with the Taku River Tlingit government.”

“Our goal is to protect the consultation rights of the Taku River Tlingit and the integrity of one of BC’s most ecologically-intact watersheds,” said Randy Christensen, Ecojustice staff lawyer. “Every one of us should feel an obligation to help protect such pristine lands and waters from irresponsible decision-making processes, especially when made in the absence of those who will be most impacted by the decision.”

The Taku River watershed is three times the size of Prince Edward Island and straddles the border between northwestern British Columbia and southeast Alaska. It contains some of the richest wildlife habitat on North America’s west coast and is home to globally significant populations of large mammals like the grizzly bear, wolf, moose, and woodland caribou. The Taku River is also home to runs of all five species of Pacific salmon.