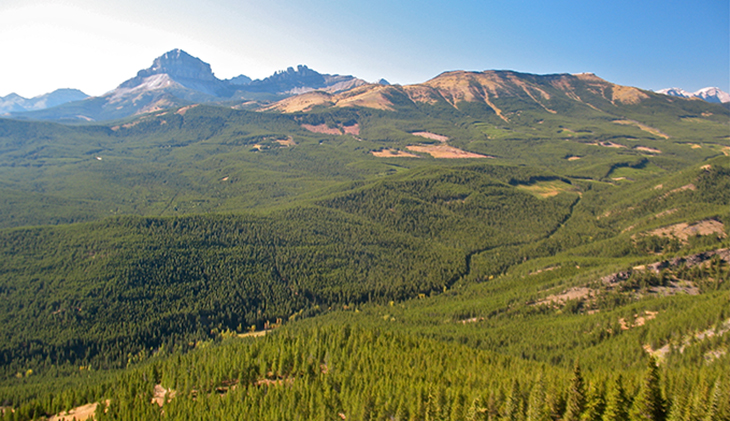 (ANNews) – Last month, a joint panel made up of the Alberta Energy Regulator (AER) and the Impact Assessment Agency of Canada (IAAC) denied the provincial applications for the Grassy Mountain project in the Rocky Mountains.

The AER and the IAAC determined that the open-pit coal mining project was “not in the public interest” due to the mining company’s lacking ability in mitigating environmental risks.

“In some cases the claimed effectiveness of the proposed measures was overly optimistic and not supported by the evidence,” the report says. “As a result, we are not confident about the technical and economic feasibility of some proposed mitigation measures.”

The ruling by the panel has been applauded by environmental groups and advocates, however the mining company Benga and two First Nations have launched an appeal regarding the decision.

Benga, the company who owns the project, said that they’re submitting an appeal because the panel didn’t consult with First Nations, improperly relied on non-expert and unfounded opinions over science, and denied the company fairness after the panel cited insufficient information in the application despite telling the company it met their requirements prior.

“Among the reasoning in its report, the AER dismissed the full support of the relevant First Nations without consultation, demonstrated a lack of familiarity with the provincial royalty regime, and gave preference to non-expert layman analysis over expert, science-based evidence,” Wallington said.

The joint review panel’s decision to deny the provincial applications for the project is independent of the federal government’s final decision, which has yet to be made for the project.

The Piikani Nation, one of the First Nations also attempting an appeal, is in full support of the project.

Stanley Grier, Chief of the Piikani, has said that “While we respect the regulatory process, we disagree with its findings. We are now exploring the best route to challenge the recent decision opposing the project.”

“Grassy Mountain is an important part of our plans for prosperity now, and for future generations of Piikani people,” Grier said.

Such groups as the “Mountain Child Valley Society” (MVCS) have been regularly speaking out against the leadership.

Adam North Peigan, Chairman of the MVCS, said that “we the members have a responsibility to protect our ancestral lands and we are exercising our right to freedom of speech as we will no longer be silenced or oppressed by our leadership.”

Chief Grier responded to the band member outrage by saying, “I know there are members of my nation who take a different view, and I respect them and fully support their right to speak out.”

“However, that does not change the position of the Piikani Nation.”

The Stoney Nakoda appeal is a bit of a different situation. Despite appealing the panel’s decision, the Stoney Nakoda Nation reiterated that they are against any coal mining exploration and development in sensitive areas of the Rockies.

However, the Nations has decided to appeal the decision because the AER and the panel report fails to consider Stoney Nakoda Nations’ right to self determination.

The decision states that the project is not in SNN’s best interest, but never had any consultation with the Nations.

Stoney Nakoda believes that this decision could have detrimental impacts on First Nations all across Alberta.

“This decision essentially states that having the support of SNN, and every other Treaty 7 Nation, is irrelevant, and that the AER/JRP is within their rights to ignore our support for a proposed project, or even lack of support,” read their press release.

“If such a precedent were left unchallenged, it would have long-term implications for the strength of Indigenous support or opposition for future proposed projects.”