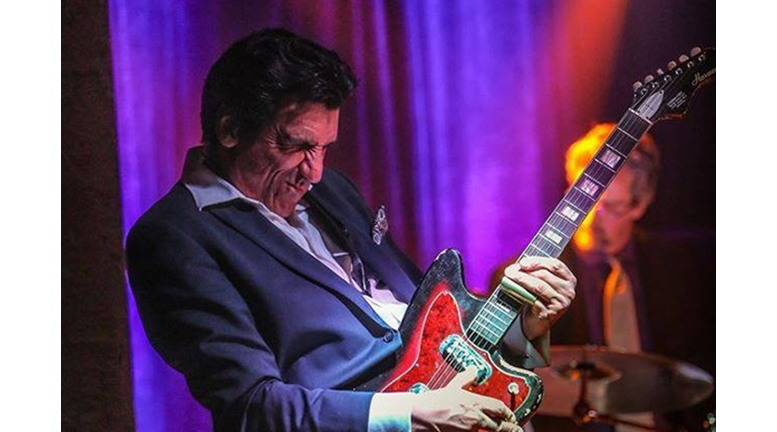 Jim Guiboche is the Performer of the Year inductee to the Edmonton Blues Hall of Fame.

(ANNews) – Jim Guiboche has been a staple of the Edmonton blues scene for over thirty years. He is on the verge of being honoured with the Edmonton Blues Hall of Fame award and, as anyone who’s worked with Jim will tell you, it’s due to his great talent and immense work ethic. The latter he credits almost entirely to his father.

Well before he played guitar or worked at a job, Guiboche loved school, specifically algebra and biology. It came quite naturally to him, he says, but of course, he had to work at it.

“My dad, was a really hard worker,” he begins, “almost to the point of being a workaholic, but he still spent time with the family. I think it dated back to him as a kid, growing up.” Jim’s father was a commercial fisherman in Portage MB, so he learned fishing and left school at 13 to work with his dad as a fisherman.

“He just carried that [work ethic] with him and didn’t think anything of it. Maybe it came from that, because that’s what I saw. When I got into music I fell in love and, in order to really stand out you had to really work at it. 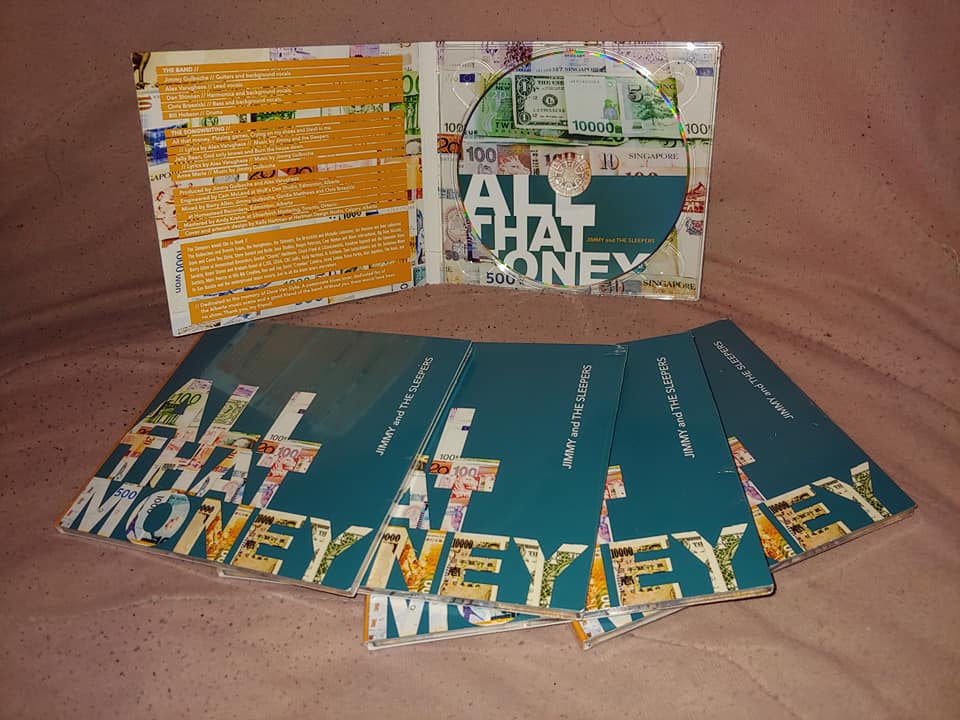 Guiboche grew up in Snow Lake, MB and moved to Edmonton from Saskatoon because “the music scene in Edmonton was really great. I got my first guitar for my 18th birthday from my dad and then moved to Edmonton on my own when I was 21.”

But music isn’t the only thing Guiboche excelled in. Mountain biking has been a huge passion of his since quitting smoking. “I was 30 and bought a mountain bike to basically get into shape, feel good and help me stay away from cigarettes. I would see guys on these big, heavy duty suspension bikes jumping off stuff and dropping off things and I was like ‘oh whaaaat?!’ Then I bought a heavy-duty suspension bike and I started going to Whistler. I spent a lot of time riding in Whistler and I was pretty good for an older guy, I was riding pretty hard, I could hit some big jumps and land all the way over on the other side. I had a total blast. When you get in those really good days, it’s like playing with a really good band where everyone is dialed in and you get into the zone. It’s almost like active meditation, mountain biking was exactly like that. It’s almost spiritual and that’s what I got addicted to – that Zen feeling.”

Jim was living alone when Covid hit so, like many, he was cut off from the rest of the world. “I was left to my own devices,” he explains. “I was wondering what I could do to get by, so I started focusing on my playing. There were always things I was putting off that I should develop or understand better. So, it was an opportunity for me to rethink and retool music altogether in understanding the guitar.”

Guiboche details how he watched an Herb Ellis instructional video on YouTube which outlined something pivotal. “The key to understanding your own individual voice on any instrument is to sing what you play and play what you sing. This opens the conduit from what’s in your head and your heart into what actually comes out on your fingers.” He explains further, “Instead of playing scales and licks, it’s what is inside of you, and that’s what artistry really is; to translate your own voice. I never really did that, so I used that time to really understand what [my own voice] is. It was a double whammy of learning, where I was working on my vocals while I was trying to unleash what was in my heart.”

Jim Guiboche’s career has spanned over thirty years and has seen the Edmonton based guitarist make some impressive connections, like working with heroes Billy Joe Green and Clyde Roulette. “The Saturday jam at the Commercial Blues on Whyte was where I really cut my teeth, got my first inspiration and my first blows to my ego,” Jim laughs. “It was there that I ran my first jam (in the mid ’90’s).”

“I love Billy so much. I met him, just like I met Clyde Roulette, early ‘90’s playing Blues on Whyte. They’re both from the Winnipeg area and they can kind-of spot the young native guys [in the crowd]. They would invite me to come up and sit in (1993-94). I was just a young kid trying to find my way and they took me under their wing and encouraged me.

“Eventually, Billy and I started playing together and had a great time. I really appreciate Billy’s ability. He is a genuine monster, roots blues rock guy who can play country. The thing I really love about Billy is you can really hear his “nativeness” in his voice; it’s the real deal but he hasn’t been urbanized, there’s still that raw, Aboriginal tone in the sound of his voice. I really think he is an Aboriginal Canadian folk hero.”

Having the opportunity to be mentored by one of your heroes, especially an Indigenous guitar hero is a rare treat. “I’m Métis, I’m Cree and French on both sides,” Guiboche explains. “My mother has ties to Elzear Goulet, who was in Riel’s first provisional government.” (Goulet was a Métis leader in the Red River Colony).

I asked the multi-winner of the Memphis Blues Challenge what he could share with anyone looking to become a professional musician and Guiboche was heartfelt and generous with his reply. “Looking at my own experience, stumbling etc. the most important thing is to arm yourself with as much knowledge as possible. Learn as much as you can. It’s all knowledge and knowledge is power and the more knowledge you have, the more you will be in command of your instrument. I think if you want to play music, immerse yourself, just jump in, get lessons, listen and learn.

“When we learned there was no YouTube, so I learned with my tape player and the valuable thing you learn is ear training.

“I’ve played with some really great people over the years, like James Harman, and you are just flying by the seat of your pants. If you are playing with another guitar player you have to listen to what they are playing and play something complementary. That only comes from understanding what you are hearing and be able to have a vocabulary. That comes with ear-training, knowledge, versatility and just being able to understand as much as you can, so when you are in those situations you learn how to play along.”

In asking Jim about the onset of YouTube and the selling of fame he added this: “It comes down to what brings you to it in the first place. Is it the attraction of music itself or of the scene? Fame vs love of music weeds out the people that are really into it. You need to analysis your intentions because if someone is in it for fame, they’re probably going to be disappointed.

“It’s a tough, tough business and I’ve had so many let downs and heartbreaks along the way that, if I wasn’t in it for the right reasons – my own love of music, I would have become discouraged and gone on to something else. To play really good music with really good people is the epitome. You know you are touching people’s lives. I’ve felt that and it’s a really big reward, it’s the human connection.”